Whey or Soy Protein: What Does Science Say?

Whey and soy are two of the most popular protein powders out there. But which one is the better choice for you? Below we look at the research on how these two proteins stack up against each other in helping you meet three common goals: shedding body fat, building muscle, and boosting testosterone.

Which one is better at Shedding Body Fat?

If you’re trying to lose a few pounds for your New Year’s resolution, whey protein might be the key. In a study lasting 5 months, researchers provided 30 men with 56 grams/day of whey protein and 30 men with 56 grams/day of soy protein. Another 30 men took no protein powder supplement and served as the controls. After the 5 months, the men eating whey lost an average of 2.3 kilograms of body weight and 1.8 kg of body fat. 1 In contrast, the men that consumed soy and didn’t eat protein powder experienced no notable weight-loss. The men who consumed whey protein were also the only ones who lost a significant amount of belly fat. Because of their findings, the researchers concluded that “…different sources of dietary protein may facilitate weight loss and affect body composition.” 1 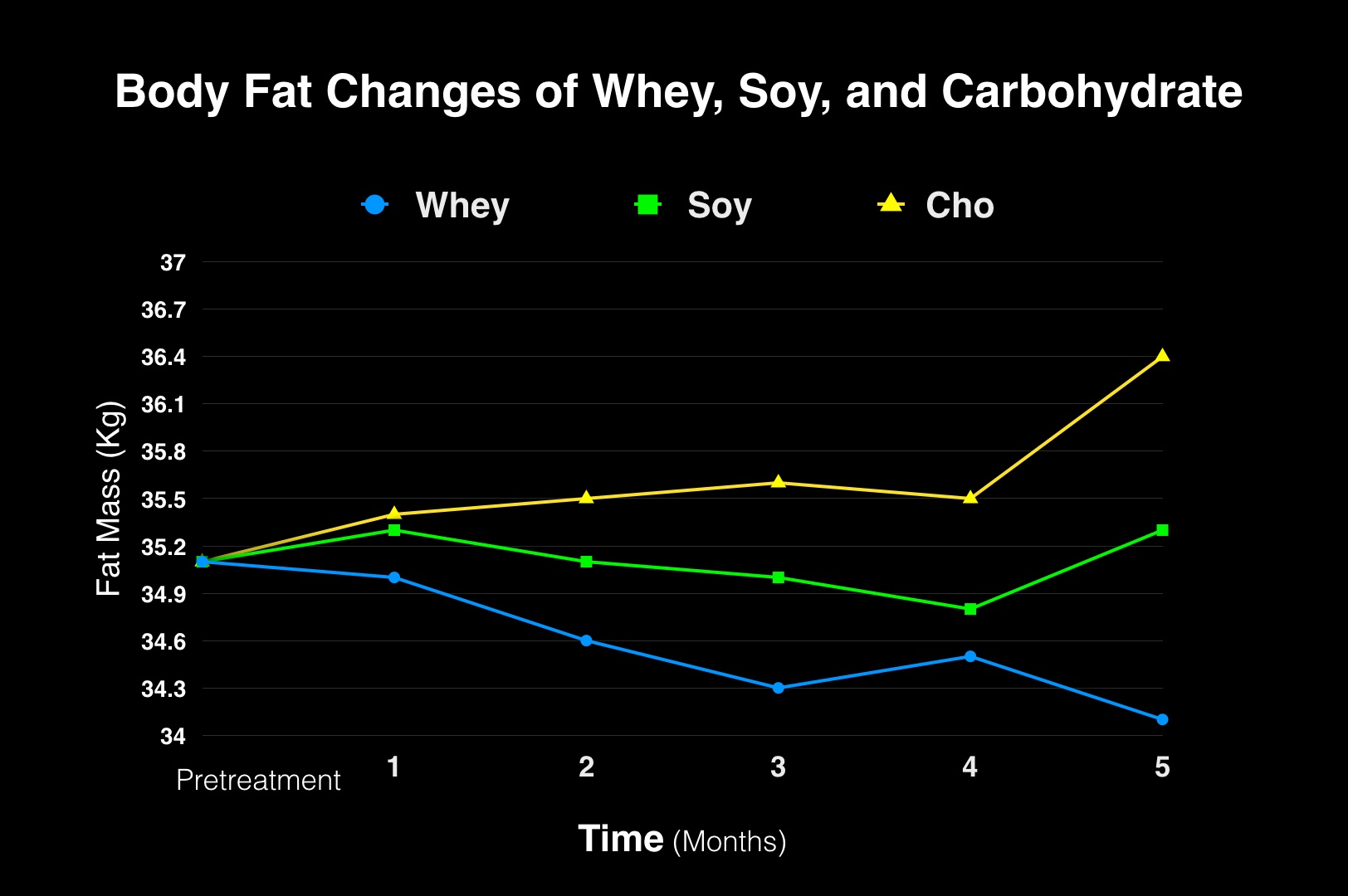 Other studies on whey show promising results. One lasting three months showed that subjects consuming 21 grams of whey and casein protein per day lost 2.6 pounds of body fat and gained 3.3 pounds of lean body mass. 2 Studies on soy are mixed: some indicate that it might decrease body fat while other indicate that it has no effect. 3,4 Thus, the USDA has stated that soy “does not have a clear advantage over other protein sources for weight and fat loss.”

Which one Builds Muscle Faster?

We know that protein helps build muscle. But which kind is best? In a study from 2009, researchers tested the effects of whey, soy, and casein protein on muscle growth by evaluating something called the protein fractional synthesis rate (FSR). At rest, men that ate whey protein had the greatest muscle growth followed by the men who ate soy and then those that ate casein. 5 After weight-lifting, the researchers noted that muscle growth was even more pronounced in the men who ate whey protein compared to men who consumed soy or casein. 5 The researchers concluded that “the consumption of whey protein stimulates [muscle growth] to a greater extent than either casein or soy.” 5 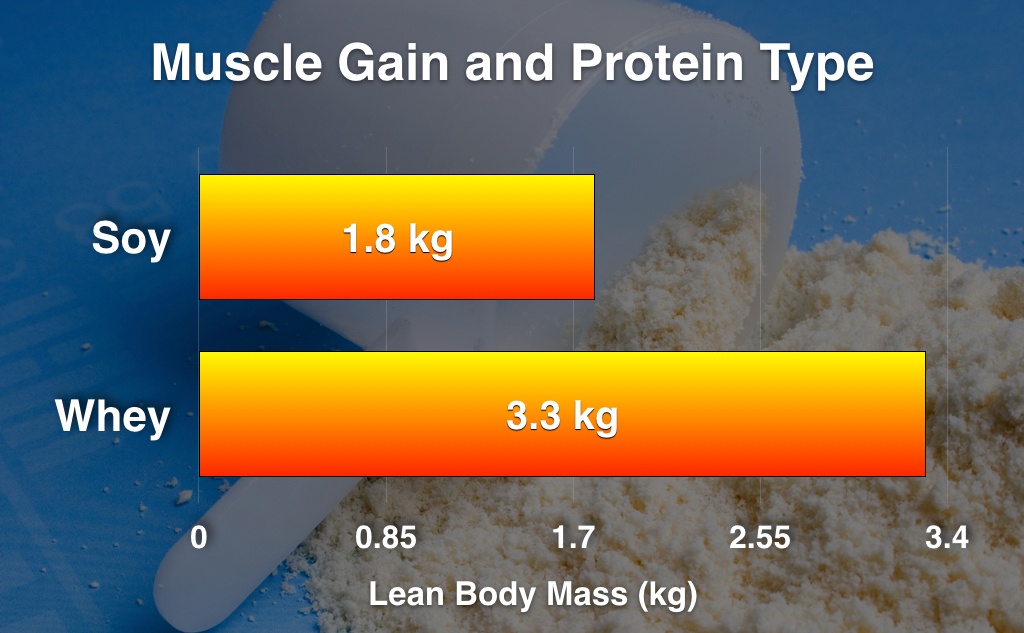 Which one is better at Boosting Testosterone?

In a study on 10 male athletes, researchers provided subjects with whey or soy protein while they continued weight-training. After 14 days of supplementation, the researchers observed that the men that ate soy protein had lower levels of testosterone after weight-training than the men who ate whey. 7 The group that ate whey also had lower levels of cortisol, a hormone that decreases muscle recovery and weakens immunity. One important thing to mention: the researchers saw no increase in estrogen in the men who ate soy.

A study from 2008 involving some intense biochemistry also suggests that whey may boost testosterone. 8 That being said, more research needs to be done to evaluate the association between whey and soy with testosterone.

The Whey to Go

The latest research says whey protein is a better choice if you want to shed fat, pack on muscle, and boost testosterone. If you want a plant-based alternative, soy protein isn’t necessarily a bad choice. In fact, the FDA states that it’s better for your heart health than whey. 9  But there are also many excellent plant-based protein ranging from pea to rice powder that are also stronger choices for your overall health and athletic performance.

Whichever protein you choose, you should carefully monitor how it affects you on the outside and inside. We can give you all the critical data from your blood and all of the cool research-backed ways to make long-lasting improvements in your health and performance.

Whey protein is a great start in changing your body, why not change your life?

7. Kraemer, William J., et al. "The effects of soy and whey protein supplementation on acute hormonal responses to resistance exercise in men." Journal of the American College of Nutrition 32.1 (2013): 66-74.