Is Chicken Healthy for You? 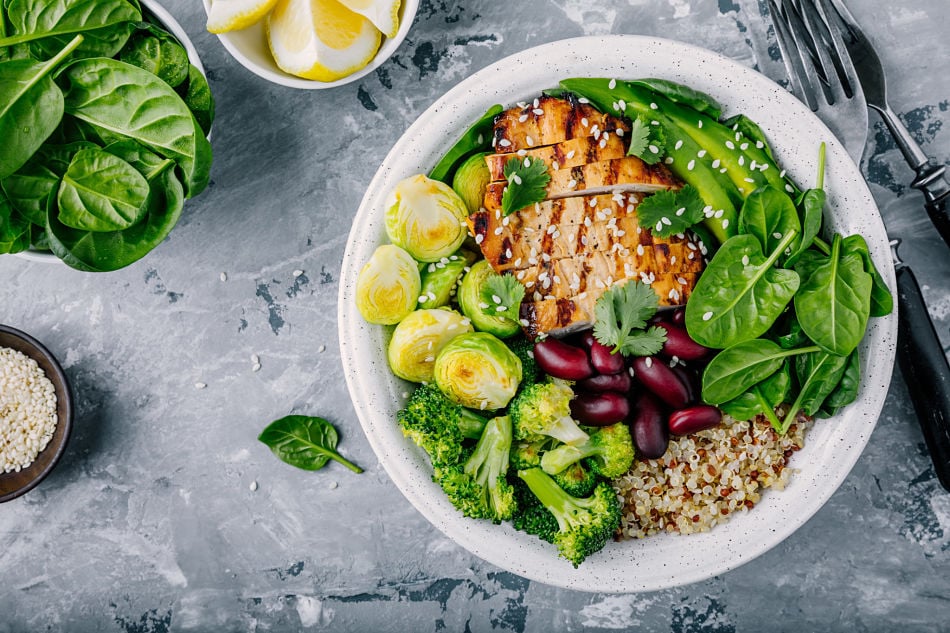 Chicken has long been considered a healthy alternative to red meat. And it is indeed low in saturated fat, contains higher amounts of omega-6 fatty acids than other animal meats, and is high in protein and essential vitamins and minerals such as B6, B12, iron, zinc, and copper. However, there is a widely-held misconception that chicken and other poultry meats have been shown to improve health. The truth is, it's quite neutral overall.

Poultry is better for your biomarkers than red meat

In most cases, yes. Many studies have found that, compared to processed meats (bacon, sausage, lunch meats, etc.) or unprocessed meats (the dinner-worthy pieces), poultry reduces real-world healthy outcomes like heart disease, cancer, and even "all-cause mortality" (basically, the risk of dying for any reason). [1,2] And while these findings are groundbreaking, it's important to note that these results often stem from the replacement of red meat in the diet with poultry.


So, we must ask ourselves: is the benefit of poultry inherent in the poultry itself, or is it just from the removal of unhealthy foods from the diet? This is a question that researchers are still trying to answer, as existing evidence isn't crystal clear. For now, it's safe to assume that, if you're a meat-eater, swapping out at least some of your red meat (processed or not) for poultry can have some beneficial effects.

But it's a different story for lean red meat

Of course, the conversation doesn't end there. Is poultry better for you than lean red meat? Is swapping out things like lamb for chicken going to improve biomarkers? Well, we wanted to investigate this question by looking into biomarker data of InsideTracker users. We found that InsideTracker users who regularly consume poultry versus those who consume lean red meat are very similar in their HDL (good) cholesterol levels: 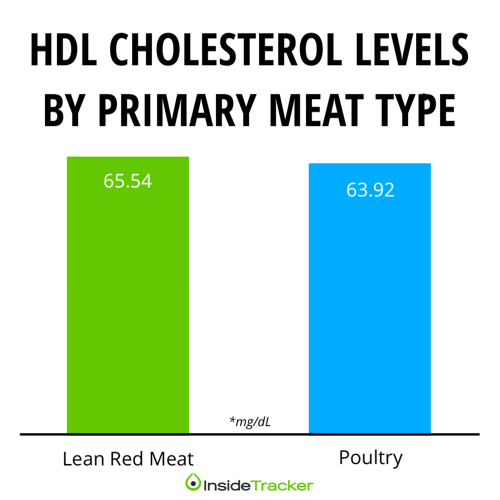 While numerically, it may look like lean red meat consumers have higher HDL, the difference is actually not statistically significant, meaning effects of both types of meats on HDL levels are more-or-less the same. This is consistent with evidence from a randomized crossover study (an experiment in which a group of people try two different interventions) which found that three servings of poultry per week had no differential effect on HDL cholesterol, triglycerides, or total cholesterol compared to lean red meat. [3]

So, to summarize the effect of poultry versus red meat on our health:

Poultry seems to have an overall neutral impact on our biomarkers

So, we know that studies have shown that moderate poultry consumption can improve lipid biomarkers like total cholesterol, LDL (bad) cholesterol, triglycerides, and HDL over time if poultry replaces high-fat red meat. But does poultry have a negative impact on biomarkers compared to a plant-based diet? To answer that question, we again looked at InsideTracker users: poultry consumers saw no differences in HDL (good) cholesterol compared to non-poultry eaters: 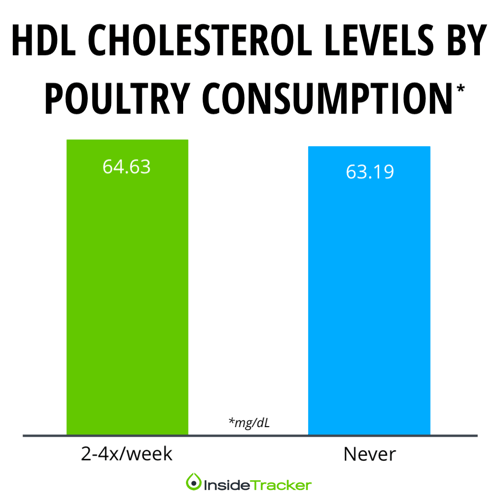 We also wanted to look at inflammation levels, because some animal products have shown to increase inflammation in the body. A study from 2012 found that only processed meats increased inflammation; poultry didn't increase it, but it didn't decrease it, either [4]. We often think of lean animal proteins like chicken and fish to be healthy for our heart and bodies. But the truth is, this conception really is only warranted for fish; chicken and other poultry don't have the same anti-inflammatory benefit that fatty fish like salmon does.

Again, we wanted to see if this pattern held for InsideTracker users. We looked at hsCRP—a marker for full-body inflammation—and found that hsCRP does not differ among InsideTracker users who consume poultry multiple times a week compared to those who never eat it: 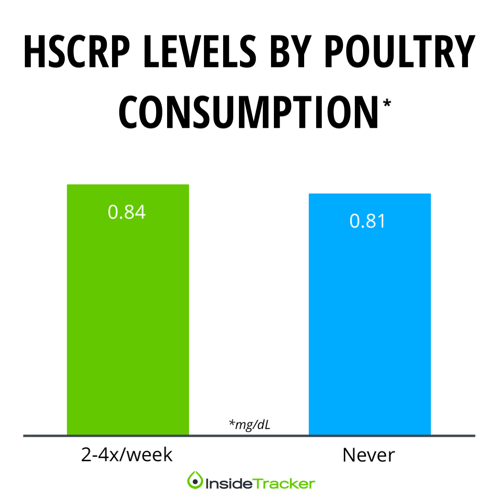 Long story short: chicken is most beneficial when replacing high-fat red meats in the diet

In the end, there is not a lot of concrete evidence that points to poultry being a health-promoting food in isolation:

Bonus: easy ways to incorporate poultry into your diet