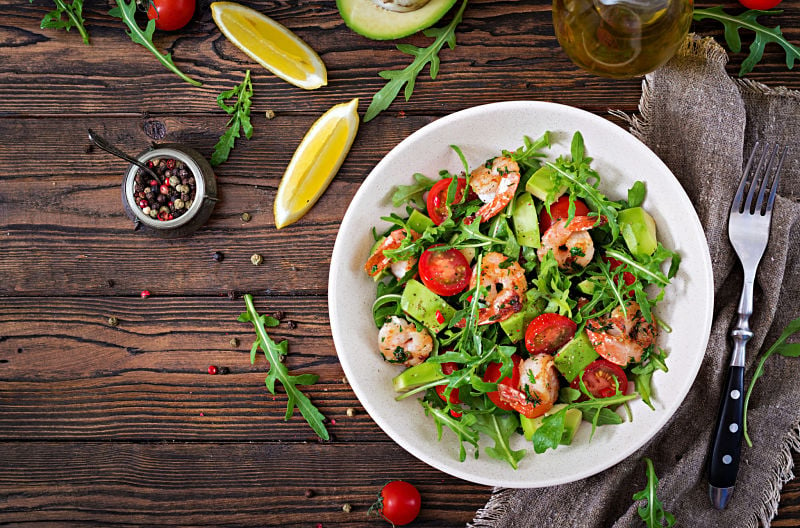 Shellfish, especially shrimp and squid, is naturally higher in cholesterol than other foods but does this mean it increase one’s cholesterol? We reviewed the research, and the simple answer is no. The cholesterol in shrimp does not have a direct impact on plasma (blood) cholesterol.

First, let’s take a glimpse at history. In the 1960s, scientists were busy researching the causes of atherosclerosis (the buildup of plaque—fats, cholesterol, and other substances—in the arteries). Through their experiments, they discovered that a diet of dried shrimp and chow dramatically increased the cholesterol of rabbits, which quickly developed into atherosclerosis. These findings ignited the well-known link between dietary cholesterol and cardiovascular disease— high levels of cholesterol circulating in the blood contribute to the buildup of plaque in the arteries. Over time, this may lead to the progression of heart disease.1

But does the same effect occur in humans? Does shellfish, or more specifically, shrimp increase cholesterol? In hindsight, their research merely demonstrated that rabbits are hypersensitive to dietary cholesterol.2 Studies in humans fail to produce similar findings.

Really? But shrimp has more cholesterol than an egg!

Shellfish contains slightly less cholesterol than farm animals with a few exceptions, particularly shrimp and squid. These two anomalies have about two to three times the amount of cholesterol compared to other animals. Nonetheless, research reveals they have a negligible effect on cholesterol markers. 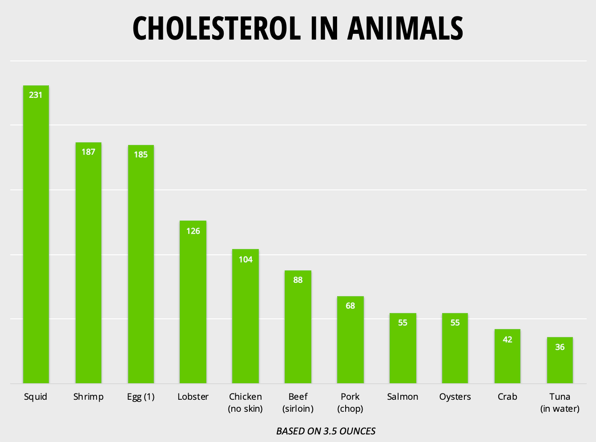 In a large study performed in China, eating one serving of fish and shellfish a week was associated with reduced risk of heart attacks in men. The primary types of shellfish consumed in China are crab and shrimp, indicating that the consumption of shrimp may have positive heart-health effects.3 Likewise, another study showed similar results in women—the intake of fish and shellfish was linked with decreased risk factors for heart disease.

Let's look at shrimp and squid specifically. In a smaller study, subjects substituted their regularly-consumed animal-based protein with a variety of shellfish. Oysters, clams, and crabs (naturally low in cholesterol and high in omega-3s) significantly lowered participant's LDL and total cholesterol. Squid and shrimp (higher in cholesterol but lower in omega-3s) did not impact markers of cholesterol.5

Instead of replacing meat with shellfish, what happens if we add shrimp to omnivores' diets? It turns out, not much. Subjects who added eight ounces of shrimp to their diet for four weeks saw no increase in their LDL cholesterol either.6

A hidden secret about cholesterol regulation

Interestingly, our body generates all the cholesterol it needs, so we don’t actually need any from our diet.1 That said, unless you’re a vegan, you’re most likely consuming cholesterol; animals and their byproducts (meat, seafood, eggs, cheese, etc.) all contain varying levels of cholesterol. However, our body tightly regulates the amount of cholesterol it produces against the amount we consume. If we get a lot from our diet, our body compensates by producing less internally (and vice versa).7 For this reason, dietary cholesterol has a minimal impact on plasma cholesterol.

Check your genetic potential for cholesterol with InsideTracker

So what does increase cholesterol?  When considering this question, it's critical to examine all biomarkers involved—total cholesterol, LDL (bad) cholesterol, HDL (good) cholesterol, and triglycerides. For a complete interpretation of these levels, read this article written by our Lead Nutrition Scientist.

Do this to lower your cholesterol.

Fortunately, there are scientifically-proven recommendations for lowering cholesterol. Through a fascinating mechanism, dietary fiber indirectly lowers blood levels. Our liver uses cholesterol as building blocks to produce a substance called bile acids. Bile acids aid in the digestion of fats in our small intestine. After they've done their job, bile acids are reabsorbed and recycled back to the liver. However, high fiber foods disrupt this process—fiber binds to bile acids, preventing them from being reabsorbed, and instead eliminates them in our bowels. Our liver, therefore, must return to our pool of circulating cholesterol to generate more, thus lowering plasma cholesterol.8 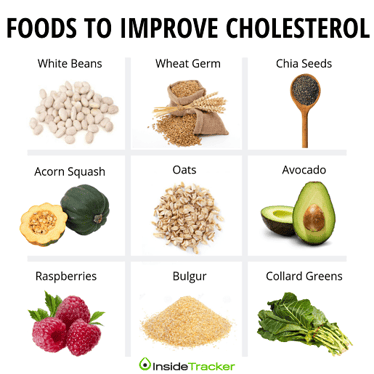 Rather than passing on shrimp, take these measures to reduce or prevent high cholesterol instead:

Improve your cholesterol with our FREE Cholesterol-Lowering Recipe Ebook...it's yours to download today!