Maximizing Your Testosterone- Is Magnesium a Solution? 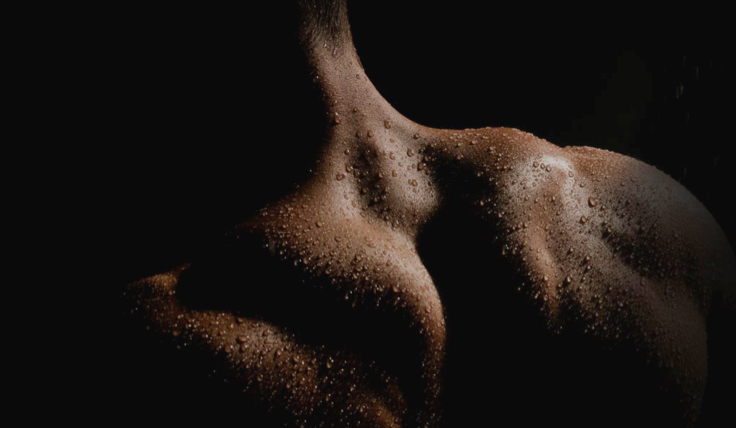 To get detailed portrait of the human body’s internal biochemistry, it is helpful to understand how biomarkers impact each other. In this article we investigate recent scientific literature looking at how testosterone levels are affected by a commonly overlooked biomarker: the mineral magnesium. Read below to learn the importance of each biomarker and how monitoring magnesium can boost testosterone and improve muscle growth, sex drive, and overall health and wellness in both men and women.

Testosterone is essential for both men and women

When people think of testosterone, they instantly recall it as the “male hormone." Many drugs and fitness articles claim to hold the promise of fixing all of your problems by fixing “low T."

In men, elevated testosterone at puberty helps produce sperm and leads to the formation of secondary sexual characteristics such as body hair. In both men and women, testosterone is important for bone strength, development of lean muscle mass and strength, and maintaining libido and overall mood. 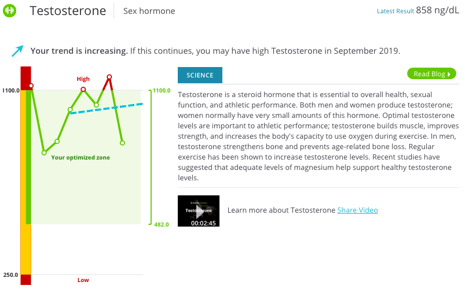 In the human body, testosterone is found in the bloodstream in one of two forms. It can be bound to a protein called sex hormone binding globulin – abbreviated as SHBG- or albumin. These proteins transport testosterone throughout the body but it remains biologically inactive (meaning that it does not exert its effects upon the body).

Where magnesium comes in

Magnesium status is most directly influenced by dietary intake and dietitians recommend consuming a daily dosage of 420 mg for men and 320 mg for women [2]. It is commonly found in foods such as cereal, dark green leafy vegetables, seeds, nuts, cocoa, and seafood [2].

Magnesium helps facilitate more than 300 reactions throughout the body [2]. As a result, it is involved in a variety of processes including synthesizing proteins, optimizing muscle and nerve function, regulating blood glucose levels, and controlling blood pressure. However, recent literature shows another previously overlooked benefit: it can increase the amount testosterone in your body. Several recent studies suggest a correlation between magnesium and unbound testosterone- allowing both men and women to maximize its performance-enhancing properties. Below we examine the research illustrating this unusual connection. 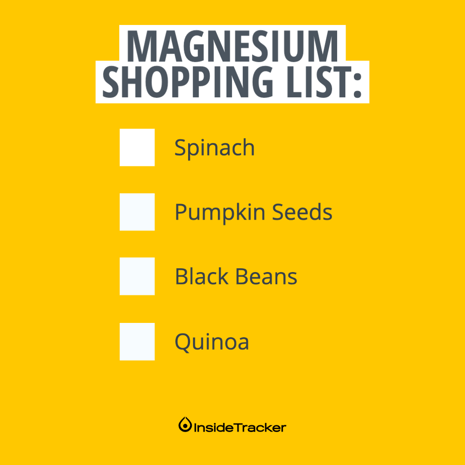 The connection between magnesium and testosterone

In a landmark study examining the role of magnesium in total testosterone production, researchers observed the impact of strength development during a 7-week double-blind program.

In it, 12 men received magnesium supplementation while 14 others received placebos and served as the controls. Each subject performed three sets of 10 repetitions of leg press and leg extension three times per week.

Magnesium and athletes: What the science shows

In a 2011 study, researchers examined how 4 weeks of magnesium supplementation and exercise affected free and total testosterone levels by creating three groups: one of men taking a 10mg/kg body weight daily magnesium supplement, one that engaged in 90-120 minutes of tae-kwon do five days a week, and one that did both.

In a large epidemiological study, researchers evaluated the relationship between magnesium and testosterone in 399 elderly men in the Italian region of Tuscany. Instead of the authors providing a dietary magnesium supplementation, they simply monitored existing serum magnesium levels. Researchers found that magnesium was positively associated with total testosterone. [5]

This indicates that there is a strong correlation between magnesium and free testosterone in elderly men but the basis of the association is uncertain.

We get it: testosterone is sexy and magnesium isn’t. However, a variety of recent studies show that improving magnesium in your body increases total testosterone. While this is true for men of different age groups, more research needs to be done to examine the effects of magnesium on female subjects as well as the mechanism through which magnesium achieves this increase.

[2] Maggio, Marcello, et al. "The Interplay between Magnesium and Testosterone in Modulating Physical Function in Men." International journal of endocrinology2014 (2014).

[6] Maggio, Marcello, et al. "The Interplay between Magnesium and Testosterone in Modulating Physical Function in Men." International journal of endocrinology2014 (2014).