Do Endurance Sports Cause Diabetes? 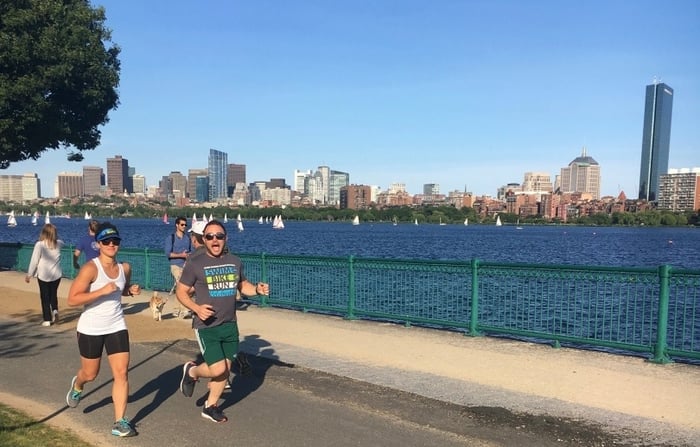 In Summer 2017, an article was published suggesting that endurance athletes may be more susceptible to diabetes. Since diabetes is usually associated with a sedentary lifestyle, in addition to a poor diet, this goes directly against what most people would expect. We were curious about the conclusions of the article so we decided to jump into our own database to see if InsideTracker’s endurance athletes suffer from the same fate.

So, the question was clear: do runners, cyclists, and triathletes have higher fasting blood glucose levels?

A landmark study of endurance athletes and blood glucose

The article looked at a study of 10 endurance athletes that exercised for at least six hours per week. They were connected to a continuous glucose monitor for 6 days, which captured blood glucose levels the entire time, including in the fasted state. After analyzing the data, three out of the 10 athletes had fasting blood glucose levels in the prediabetic range (100-125 mg/dL). Prediabetes, as defined by the American Diabetes Association, is a precursor to diabetes and roughly 25% of prediabetics will develop diabetes after five years.  The average fasting blood glucose in the study was about 96 mg/dL (5.34 mmol/L). While this is less than the cutoff for prediabetes of 100 mg/dL, it is still higher than expected.

For people that reported running in their questionnaire for any amount of time or distance per week, fasting blood glucose levels were significantly lower, statistically speaking, as compared to users that reported that they did not run (p<0.01 – for the non-science crowd, if the p value is less than .05, the value is statistically significant). Therefore, even though the difference between the two values may not seem large, its statistical significance means the difference is likely not due to chance. 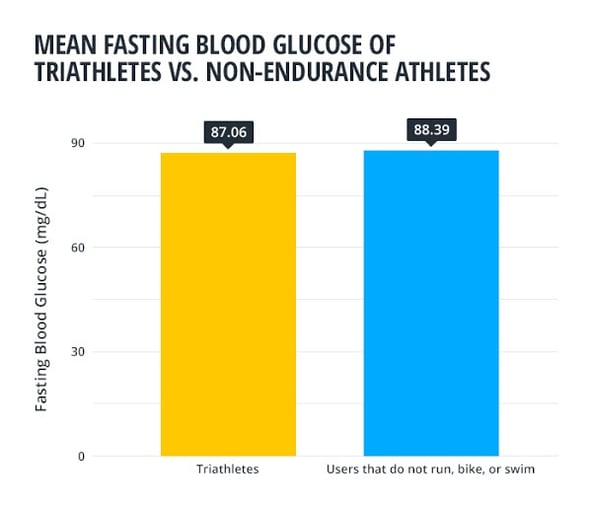 Unequivocally, exercise reduces the risk of developing diabetes. However, just because you exercise doesn’t necessarily mean that you can eat whatever you want, as mentioned in the article. However, this statement should include an asterisk that says “you can eat whatever you want and not gain weight when you are an endurance athlete (although we are all different and this certainly does not apply to everyone).”


Nutrients in excess, especially at inopportune times, can still lead to metabolic imbalances regardless of endurance activity. A diet of burgers and fries will still lead to higher levels of LDL cholesterol than one that is lower in saturated fat.

It is almost past the point of argument that the intake of simple carbohydrates during prolonged, sustained endurance events enhances performance, delays fatigue, boosts concentration, and decreases perceived effort. BUT, it is very important to limit the use of simple carbohydrates to exercise sessions in order to avoid flooding the system with unnecessary amounts of glucose. This can lead to high fasting blood glucose and increase the risk of diabetes.

When is the ideal time for sugar?

Simple sources of carbs, especially gels, chews, and endurance drinks, should be restricted to before, during, or after exercise. When the muscles are in use, glucose receptors on the muscles are in overdrive. They suck up much of the glucose in circulation in order to produce ATP (adenosine triphosphate), or energy, within the muscles to continue to fuel activity.


When the muscles are not exercising and, therefore, not drawing in high amounts of glucose from our blood, the responsibility falls on the pancreas to secrete insulin in order to bring down blood glucose levels. Just like in inactive individuals, requiring the pancreas to continuously excrete insulin slowly reduces its ability to do so and reduces the sensitivity of insulin, which can lead to higher levels of fasting blood glucose. The right combination and timing of foods can help to bring fasting levels back into the optimal zone. 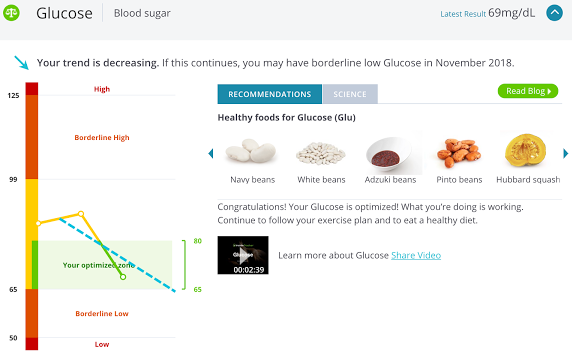 What can cause higher levels of fasting blood glucose?

While overall, InsideTracker endurance athletes have lower fasting blood glucose levels compared to non-endurance users, there are certainly some that have higher levels, and yes, even some that fall within the prediabetic range. Upon closer inspection of their diet and other biomarkers, a few main issues continue to pop-up as possible culprits.


Here are some tips to avoid the same pitfalls:


Being an endurance athlete isn’t “normal.” Your nutrient, training, and recovery needs are very different from the average person. You not only need more food, but you need different foods and at different times. Without proper direction, things can certainly go awry when your fueling doesn’t match your training. InsideTracker can help you find the right foods to not only fuel your performance but also fuel a healthy life for many years to come.