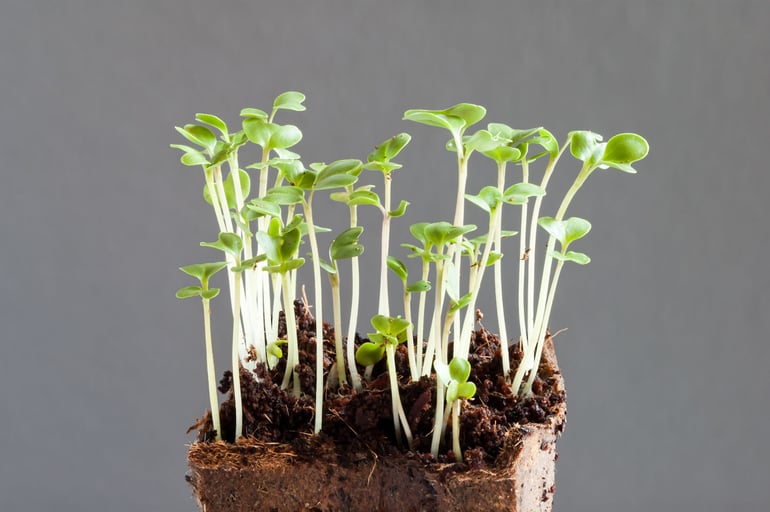 In the last five years, scientists have made significant breakthroughs in the field of aging and longevity. Aging is a complex, multi-factorial process that starts in our cells, resulting in a gradual decline of the larger systems in the body. Scientists have proposed various theories for the reason we age, including mitochondrial dysfunction, inflammation, DNA damage, cell senescence, and telomere reduction—all of which will be discussed throughout this article. Fortunately, longevity scientists are discovering the power of certain fruits and vegetables to slow down the aging process.

It’s hard to research aging and longevity without coming across Dr. Rhonda Patrick PhD, a biochemist with extensive knowledge in aging, cancer, and nutrition.


Dr. Patrick praises broccoli sprouts as being “very powerful for anti-aging”—and for good reason! In our society, we are constantly exposed to toxins that stress our body, from those we breathe in (like benzenes, common in exhaust), to those we consume in our food (like pesticides). These stressors affect our bodies at the cellular level, ultimately causing damage to our mitochondria (the "powerhouse of the cell"), and inflammation throughout our body, all of which contribute to aging over time.

Our bodies have a stress-response pathway, known as NRF2, which controls over 200 genes responsible for anti-inflammatory and antioxidant processes. When this pathway is activated, the body suppresses inflammation, activates detoxification, and promotes antioxidants to exert their effects. [1] And what impact does this have? Well, Dr. Patrick claims, "suppression of inflammation is believed to be the single most important predictor of successful aging." [2]

So where do broccoli sprouts come in? The cruciferous vegetable family—broccoli, broccoli sprouts, Brussels sprouts, etc.—contain a critical compound, called sulforaphanes, that potently activate the NRF2 pathway (more than any other compound). [3] Sulforaphanes, therefore, allow us to cope with the stressors and harmful compounds we are exposed to daily.

When put to the test in both animals and human studies, sulforaphanes slowed the rate of cancer and cardiovascular biomarkers, reduced inflammation markers, and significantly removed toxins from the body. [2] For an extensive breakdown about the research on sulphoranes, you can watch Dr. Patrick discuss it here. 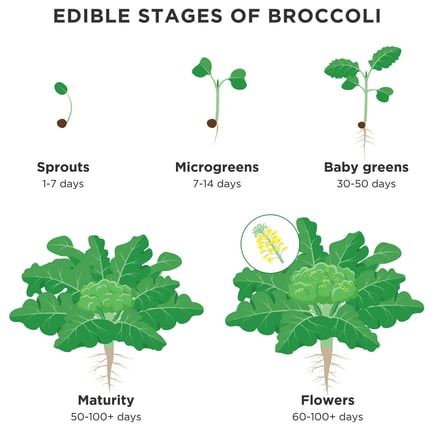 Now, why sprouts rather than the 'adult' vegetable? Because they contain 50-100 times the amount of sulforaphanes than mature broccoli and other cruciferous vegetables. [4] If they are hard to find at your local grocery store, you can easily sprout them yourself. And if you’d rather stick with broccoli, add some mustard seed to increase the availability of the sulforaphanes. Focus on eating cruciferous vegetables daily and monitor your hsCRP—a biomarker of inflammation in the body. 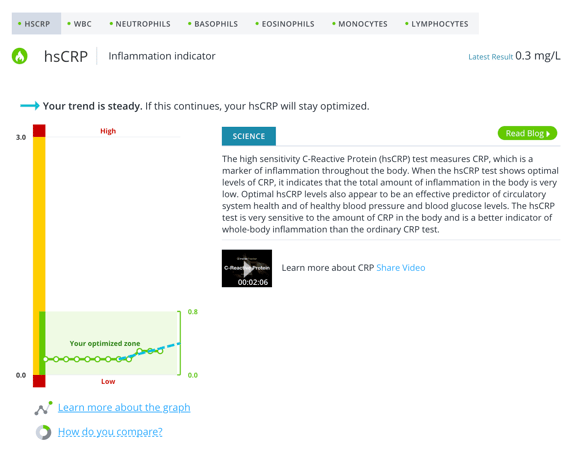 Mitochondria act as the cell’s powerhouse by turning nutrients into energy. A healthy cell relies on healthy mitochondria. When mitochondria become damaged or defective, cells remove them to prevent their accumulation—a process known as mitophagy. However, with age, our cells become less effective at this process, leading to a build-up of dysfunctional mitochondria. Over time, this results in the degeneration and weakening of cells and tissues, including muscles. Scientists believe this accumulation may also play a role in some age-related diseases like Parkinson’s disease. [5]


In 2016, a specialist in aging and disease, Dr. Johan Auwerx, MD, PhD and his team discovered that a compound called Urolithin A regenerated mitochondria in worms—increasing their lifespan by more than 45%. These encouraging results prompted them to test their findings in rodents, and the effects proved similar. Older mice showed signs of increased mitophagy and ended up with better running endurance (+42%) compared to the control group. [6]

With these encouraging results, Dr. Auwerx began testing in humans. The team conducted a double-blind, randomized, placebo-controlled study (a high quality study) where they administered Urolithin A supplementation to older adults. The group receiving supplementation showed improvement in mitochondria and cellular health compared to the control group. [7] ”Urolithin A shows its potential to play an important role in advanced nutritional approaches to improve mitochondrial health through mitophagy and biogenesis and, as a result, cellular health in humans,” commented Dr. Auwerx about their findings which were released earlier this year.

At this moment, no safe dosage of Urolithin A has been established for the long-term. So how does one get this compound naturally? Pomegranates! Pomegranates contain molecules called elligantans, which are converted to Urolithin A by our gut microbes. Eating pomegranates or sipping on some pomegranate juice may therefore help boost Urolithin A in the blood.

Another added benefit: pomegranates may also help prevent skin aging. In a 2013 study, punicalagin, a compound found in pomegranates, showed that it prevented the degradation of collagen in cells. [8] Collagen is fundamental in delaying skin aging.

Folate is an essential B vitamin found in food. It helps with the production of DNA—without folate new, healthy DNA cannot be created. Dr. Rhonda Patrick claims that "a deficiency in folate is equivalent to standing under ionizing radiation due to the DNA damage.” [9] And as we’ve discussed, DNA damage is a contributor to aging.


More recently, folate has also been shown to play a role in protecting telomeres—structures at the end of chromosomes. Telomere length decreases with age; shorter telomeres are associated with lower survival and higher incidence of disease. [10] However, the rate of their attrition can be impacted by dietary and lifestyle factors. Older individuals with healthier diets tend to have longer telomeres, while those with chronic disease often have shorter ones. [11]

But too much folate isn’t necessarily a good thing either, though. Scientists discovered in a 2009 study that individuals with the highest folate levels had shorter telomeres. [11] Folate is often added to our food supply (breads, cereal, and pastas) and to multivitamins in its synthetic form, folic acid. Folic acid acts differently in the body compared to natural folate, as its bioavailability is significantly higher (85% compared to 50%). [12] To ensure proper amounts of folate, focus on natural forms of the vitamin and test your blood regularly. Folate cannot be stored in the body, so it is important to eat folate-rich foods every day.

Spinach is among the foods with the highest folate content—half a cup of cooked spinach provides 131mcg or 33% of your daily value. You can also obtain folate in high amounts from asparagus, artichoke, broccoli, most legumes, and liver. 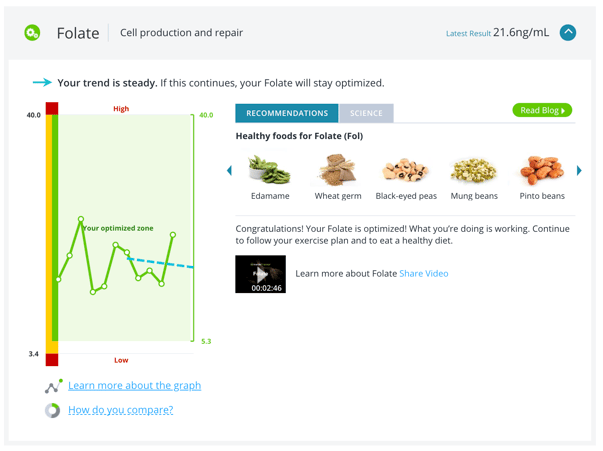 Researchers have been studying fisetin, a plant compound, for years for its capacity to act as an antioxidant and reduce inflammation in the body. However, in more recent years, scientists have discovered it also works by killing senescent cells—one of the hallmarks of aging. Cell senescence is when cells lose their ability to divide but do not die, leading them to accumulate and inflame surrounding cells.


Aging expert and professor Paul D. Robbins and a team of scientists examined fisetin's effects on aging and longevity in rodents only last year. They found that mice exposed to fisetin lived 10% longer and experienced less age-related issues than the control group even at an older age. [13] "These results suggest that we can extend the period of health, termed healthspan, even towards the end of life," said Robbins. "But there are still many questions to address, including the right dosage, for example." [14]

These promising results drove Mayo Clinic to sponsor a clinical trial examining the direct effects of fisetin supplementation on age-related dysfunction in humans. [15] The trial is currently underway and is estimated to be completed sometime this year. As Robbins said, since no safe amount for fisetin supplementation has been established, we suggest obtaining fisetin from food. How so? Strawberries. They contain significantly greater amounts of fisetin than other dietary sources. 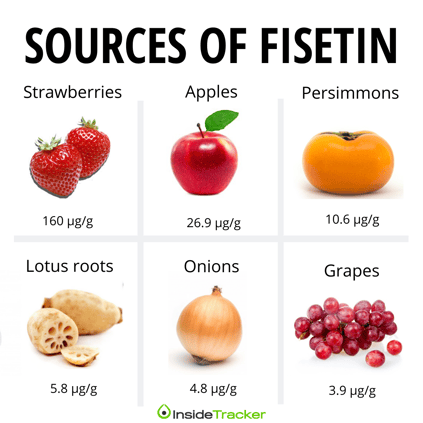 
Glutathione has been studied more extensively and is often referred to as the ‘master antioxidant’ in humans, working by protecting cells from damage and stress and detoxifying the body of toxins and carcinogens. Adequate glutathione levels help ward off many aging-related diseases, as low levels are often associated with a higher incidence of cancer, diabetes, and heart disease. Many common foods contain glutathione, with the highest concentrations originally believed to be in asparagus (3.9mg/d dw). It wasn’t until two years ago that these three scientists discovered mushrooms contain more than twice as much as glutathione than asparagus (7.8 mg/g dw). [16]

Similar to glutathione, Ergo functions by protecting the mitochondria from stress and damage. “Interestingly, humans produce a highly specific transporter protein that mediates the absorption, distribution and retention of Ergo, which implies it could provide a beneficial physiological role,”  the scientists reported in an article released earlier this year. Our brains also contain an Ergo transporter, which some suggest plays a role in protecting against neurodegenerative diseases like Alzheimer's and dementia. A study conducted in Singapore showed Ergo levels declined with age and cognitive function, while another study showed people with Parkinson’s Disease had lower Ergo levels than their counterparts without the disease. [17]

Some scientists have suggested Ergo should be considered a new vitamin, while others have termed it a “longevity vitamin." In intervention studies, Ergo has been shown to increase anti-inflammatory hormones and decrease oxidative stress factors in humans. Unlike glutathione, foods contain only minuscule amounts of Ergo, with one exception—mushrooms. "What we found is that, without a doubt, mushrooms are the highest dietary source of these two antioxidants taken together, and that some types are really packed with both of them," said Beelman. [18] 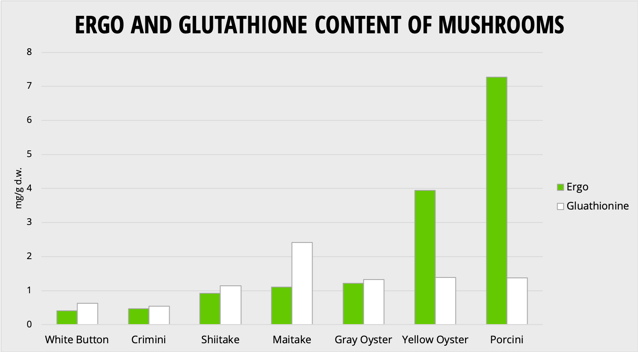 Scientists are making huge strides in the past five years in the longevity and aging space. To recap: 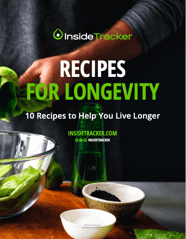 If you’re looking to extend your lifespan, then grab our free eBook ‘Recipes for Longevity’.

Diana is a Content Strategist and Team Nutritionist at InsideTracker.  She is a Registered Dietitian that specializes in plant-based nutrition and type 2 diabetes. You'll often find Diana whipping up plant-based recipes, sipping on a mocktail, or hiking up a mountain. You can follow her on Instagram at @dietitian.diana.