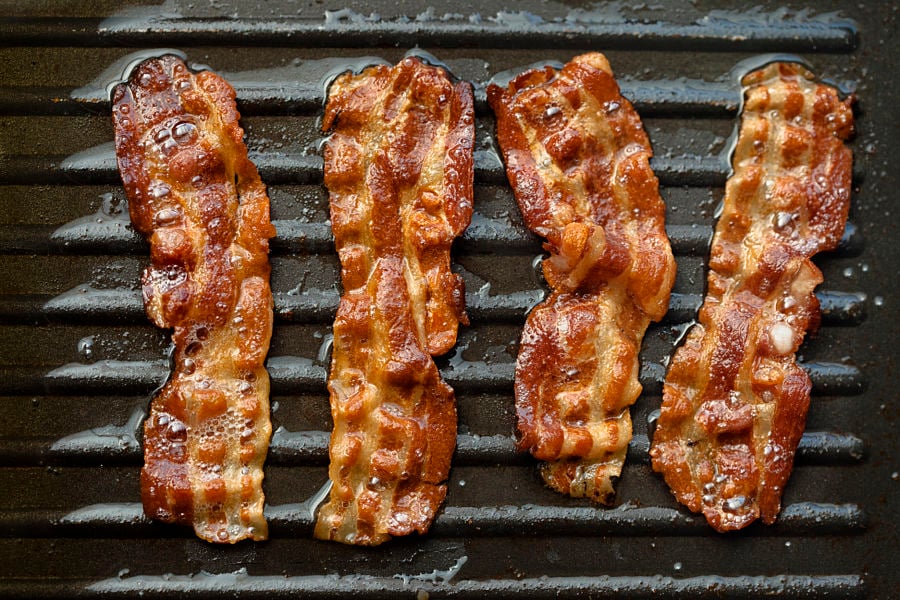 For quite a while now, nutrition research has agreed that it's healthiest to limit our intake of red and processed meat. But this has recently been challenged by new research from the Nutritional Recommendations International Consortium (NutriRECS), published in the prestigious Annals of Internal Medicine. The authors from NutriRECS recommended new guidelines to continue with our average 4.5 servings of red and processed meat per week as Americans. [1]

Confusion surrounding nutrition science is nothing new, and this study is yet another example. So it's no wonder that this has generated some buzz in the media. But is it really worth reconsidering the current guidelines to cut back on red and processed meats? Here's our summary of the findings and the criticism, our take (spoiler: we're not convinced), and all the info you need to make informed dietary decisions.

NutriRECS describes itself as a research group with clinical, nutritional, and public health expertise that is free from conflicts of interest. Its goal is to create evidence-based, trustworthy nutritional recommendations.


Earlier this month, researchers from NutriRECS published four systematic reviews (a summary of findings from multiple studies) examining the relationship between (a) red and processed meat consumption and (b) chronic disease (ex. diabetes, cardiovascular disease). Their reviews were completed without outside funding (see: no conflict of interest), and were published along with their new "guidelines."

And as we mentioned above, these guidelines were to maintain the status quo of high red and processed meat consumption, contradicting recent recommendations to make efforts to lower the intake of both.

The factors the researchers used to land on this controversial recommendation:

1) The strength of the data they reviewed


They concluded that the data from the large cohort studies and relatively limited number of randomized controlled trials was "weak, low certainty evidence." In other words, most of the evidence we have connecting meat intake with chronic disease is observational, not experimental. Because of this, it's harder to prove one causes the other.

Their review found that a majority of people who ate meat enjoyed doing so, considered it an important part of their diet, and felt unable to prepare satisfying meals that didn’t contain meat.

The panel concluded that although the research does point to benefits of reducing intake to around 1 serving per week, the quality of the evidence is "poor" (see #1), the size of the benefit is small, and ultimately, it's too big an ask for people who feel strongly about eating meat. 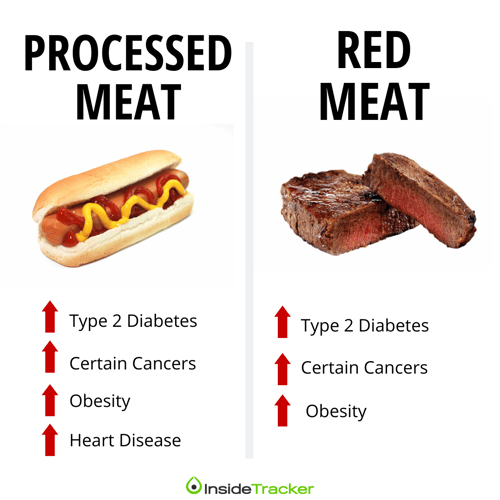 But their methods were questionable, and their results even contradicted their own past work

The evidence in their reviews did in fact show that reducing red and processed meat intake did indeed reduce the risk for several chronic diseases, including type 2 diabetes, cardiovascular mortality, and cancer mortality. The authors were just subjective when they called this evidence "weak" and "low-quality." The researchers' recommendation goes as far as to contradict their own studies, which found better health outcomes with reduced red and processed meat intake.


One of the reasons for this contradiction was the rating tool the researchers used, called the GRADE (Grading of Recommendations Assessment, Development and Evaluation) criteria. Because, although the GRADE criteria were indeed created to assess the quality of evidence in research, they were developed mainly to assess the strength of evidence for drug trials! And unlike drugs, it's nearly impossible to create long-term clinical trials to test the effects of a specific food on health.

So it's no wonder that, when the researchers used a tool meant for drug research on food research, the GRADE criteria resulted in a lower evidence score. And the fact that the researchers chose to use this tool does in fact appear to be relevant—similar reviews which used rating scales designed for foods determined the evidence to be stronger than these researchers did.

The authors’ decision to consider people's taste preferences and willingness to change dietary habits was another point of criticism. We believe that preferences are important to consider on an individual level, but doing so when developing dietary guidelines is questionable.

And it might not have been unbiased, after all

Despite the emphasis NutriRECS places on its researchers being free from conflicts of interest, the authors of this study may not be completely unbiased. The New York Times called out the lead author, Bradley C. Johnson, for having past ties to the food industry. And an article from The Washington Post details ties between NutriRECS and the Agrilife program at Texas A&M, which provides educational programs around cattle ranching, and promotes Texas beef to consumers.


In all fairness, Dr. Johnson’s work with industry was done outside of the mandatory disclosure period, and the relationship with Texas A&M was formed after the studies were completed. But for an organization that heavily touts its lack of conflicts, it’s surprising to see these undisclosed ties.

So, where does InsideTracker stand on the issue?

Given this information, should you be seeing changes in your InsideTracker recommendations? The short answer is no, you should not.*


The longer answer is that we base our recommendations on reviews of the literature done by our team of nutrition and exercise scientists, who take into account a wide breadth of research. We are not often swayed by the results of one study or group of researchers. We take the broader research landscape into account, and consider the evidence from multiple sources before we come to any conclusions on a recommendation.

Ultimately, it seems that we're in good company in this decision. Since it’s been published, the NutriRECS guideline has come under fire from experts at The Harvard School of Public Health and has prompted both the American Heart Association and the American Cancer Society to issue press releases reiterating their advice to reduce red and processed meat intake. The vast majority of the evidence suggests that reducing intake of red and processed meat improves health outcomes, and that’s what we will continue to recommend.

*In certain cases, we do recommend up to 2 servings of red meat per week to improve iron biomarkers.

Improve your health and longevity with our Meatless Recipe Ebook...it's yours to download today! 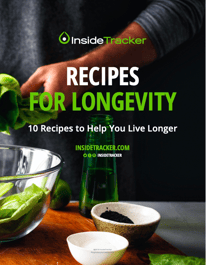