What We Know About Turmeric and Curcumin's Effects on Inflammation 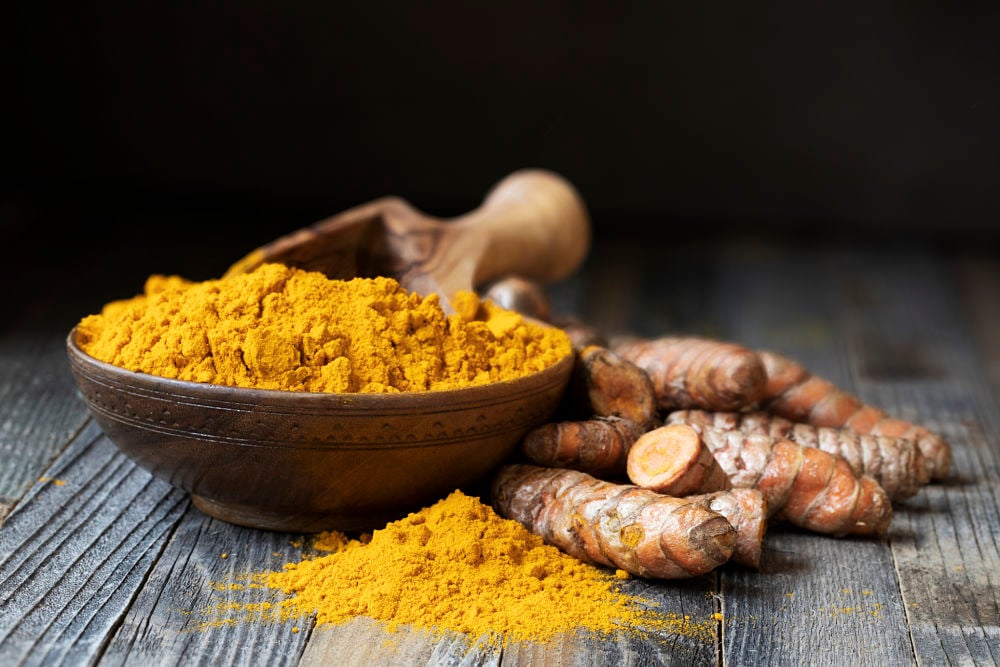 Turmeric has been getting a lot of attention lately as a superfood, but this ancient spice has been long-known for its health-promoting properties. But does the evidence add up? Though there does not appear to be a body of evidence for turmeric's effects on the body, it does seem that curcumin—a compound unique to turmeric—significantly reduces measures of inflammation. Here's what we know about the connection between turmeric, curcumin, and inflammation.

Use of the golden spice turmeric may seem like a recent trend, but it has been used for centuries in India as both an ingredient in many dishes and as a medicinal herb. You may be most familiar with turmeric in curries—the spice is what gives the dish its classic yellow color.


Turmeric has grown in popularity over the past couple of years because of its purported health benefits. And this is largely thanks to its high content of the polyphenol curcumin. Turmeric contains about 2-5% curcumin by weight, and is the only food source of this powerful compound. Curcumin acts as an antioxidant, which imparts many health benefits. More specifically, we’re going to focus on curcumin’s effects on reducing inflammation.

Inflammation acts as chain reaction in the body, started by oxidative stress from environmental factors like chemicals found in food or the air. This stress causes a buildup of reactive oxygen species, also called "free radicals," which can wreck havoc on the body if left unmitigated. Inflammation can also originate from within the body, namely from cytokines, messenger molecules that our cells send out to stimulate an inflammatory response to things like pathogens. Anti-inflammatory molecules stop these processes in their tracks, preventing downstream damage on our cells.


Now, how this relates to turmeric. Most research on the anti-inflammatory effects of turmeric has used a supplemental form of curcumin rather than the whole food. And it's found that, in populations who tend to have higher levels of inflammation—such as people with metabolic syndrome, obesity, and/or diabetes—curcumin supplementation of up to 1 gram per day has shown to lower several inflammatory cytokines, reduce oxidative stress, and lower other inflammatory markers such as MDA and CRP.[1,2] 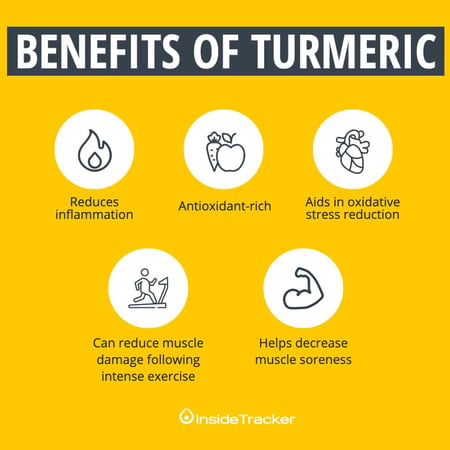 Curcumin may also be helpful in alleviating inflammation in highly active people. Several studies have shown that taking a 400-500 mg curcumin supplement during periods of heavy exercise lowered inflammation and the muscle damage marker creatine kinase.[3,4] The lower levels of inflammation and creatine kinase were also accompanied by reduced muscle soreness after exercise.[5]

In general, most of the evidence for curcumin’s anti-inflammatory effects come from studies which look at populations with elevated baseline levels of inflammation. Therefore, more research needs to be done in a general healthy population and using turmeric as a whole food before we can know if it’s beneficial for everyone.

Ways to add turmeric in your cooking—and maximize curcumin absorption

While you wait for more research, though, turmeric is a delicious spice that will expand the flavor profile of your dishes—and small amounts of a good thing over a long period of time can have a big impact on your health.


Turmeric is very versatile. Here are some of our favorite ways to incorporate turmeric:

To help your body absorb the curcumin from turmeric, add a little black pepper into the dish. Combining turmeric with black pepper and a source of fat (like an oil) can enhance curcumin absorption in your gut by up to 2000%.[6] If you choose to go the supplement route, make sure you get a product that contains curcumin and piperine, the bioactive compound in black pepper that helps absorption. Try this recipe for golden milk below!

A summary of what we know about turmeric, curcumin, and inflammation