Why Iron is So Crucial for Your Body 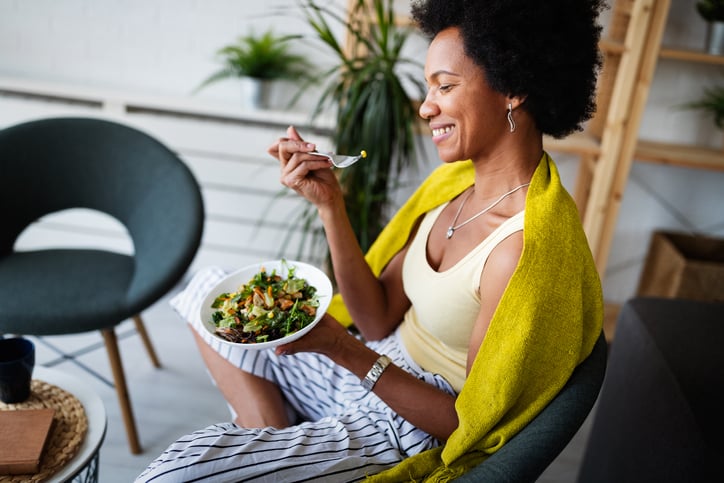 Why is iron important to the body?

The human body requires iron to perform many vital physiological functions. For instance, iron is the key component of hemoglobin that allows red blood cells to transport oxygen throughout the body, and it plays a key role in cell growth and differentiation. According to the World Health Organization, up to 80% of the people in the world may be iron deficient. Premenopausal women, particularly those who exercise regularly, face a great risk of iron deficiency, or even anemia. Athletic, active males are also at high risk for iron deficiency. Low levels of iron can leave you feeling physically tired and weak, impair mental function, and weaken the immune system. Having too much iron in the body, on the other hand, can poison certain organs and even cause death. Maintaining the optimal balance of iron within the body is therefore essential to one’s health.

How does the body acquire and expel iron?

The body cannot make iron; you must acquire it through your diet. Dietary iron is processed and absorbed by the mucosal cells of the small intestine. Only about 10% of the iron we consume each day is absorbed into the body, however. The process of iron absorption is tightly regulated because the body does not posses any biochemical mechanisms for removing iron. Instead, iron is lost through processes such as bleeding, menstruation, and breast-feeding. Additionally, iron within the body is constantly being recycled and reused (e.g., in red blood cell turnover).

What happens once iron enters the body?

After being absorbed into the mucosal cells of the small intestine, a portion of the iron is stored in the protein ferritin. Each ferritin molecule is capable of binding to around 4,500 iron molecules at a time. Ferritin binds and releases iron in response to fluctuating amounts of iron in the blood, thereby maintaining a relatively constant serum (blood) iron level. Ferritin is found in all cells, but is most common in bone marrow, the liver, and the spleen. The liver, heart, and pancreas typically have high levels of ferritin and are therefore susceptible to disease or damage from iron overload.

Iron not stored within ferritin is exported from the intestinal cells and released into the bloodstream. Once the iron enters the blood, it is bound by the protein transferrin. Proteins like transferrin prevent iron from forming cell-damaging compounds such as free radicals and aid in the transportation of iron to various tissues throughout the body.

One reason you may be low on iron is that your body’s demand for iron may have increased. This often occurs in young children undergoing rapid growth, pregnant women, and people who lose blood through blood donation, intestinal conditions, menstruation, or very intense endurance activity. Another reason for low iron is decreased iron intake or absorption. The Institute of Medicine of the National Academy of Sciences recommends that men aged 19-50 consume 8 mg of iron per day and premenopausal women consume 18 mg of iron per day. After menopause, women’s iron needs drop to the same level as men’s: 8 mg per day. How can I improve my body’s iron status?

Dietary iron takes two forms: heme (meat, poultry, and fish) and nonheme (beans, spinach, and fortified foods). Although nonheme iron is the more abundant form, the body more readily absorbs heme iron. Therefore you can increase iron absorption by consuming more heme iron. In addition, vitamin C helps to increase the amount of iron that your body absorbs; consuming foods or beverages rich in vitamin C at the same time that you are eating foods high in iron will boost iron absorption. Other compounds inhibit the absorption of iron, so you should avoid consuming foods or beverages containing these substances at the same time you are eating iron-rich foods. For example, for improved iron absorption, don’t drink coffee or tea during a meal or for one hour following a meal. Similarly, legumes and whole grains contain compounds that reduce iron absorption - so avoid consuming beans or whole grains with an iron-rich meal.

InsideTracker's full iron panel in the Ultimate plan measures 11 related markers including ferritin and hemoglobin. Ferritin is the protein that binds iron for storage. Ferritin’s main function is to keep the levels of active iron in the body relatively constant by releasing or binding iron. If the body is low on iron, it can access iron stored in ferritin. If the body is high on iron, it can store potentially damaging excess iron within Ferritin. If your Ferritin is low, you should pay close attention to your iron levels. Hemoglobin is the iron-containing oxygen-transporter in red blood cells. Its primary function is to carry oxygen from the lungs to the muscles, brain, and digestive system where it releases the oxygen for cell use. Optimal levels of hemoglobin improve strength, increase endurance, and enhance overall aerobic performance.

Other iron-related markers related measured in the Ultimate Plan include

Why should you know more about your iron levels?

Changes in these markers can show early signs of iron deficiency or excess even when your ferritin is optimal. With several iron-related markers, the Ultimate Plan gives you a deep dive into your iron status that can help you to optimize your iron levels and thus increase your energy and focus, improve your aerobic performance, and strengthen your immune system. To find out more about your iron status, sign up for the Ultimate Plan today.

Understanding Your Iron Group: What Results Mean for Each Biomarker

Got fatigue? Increase Your Ferritin!

Do You Need More Energy? Look to Your Blood for Some Answers!