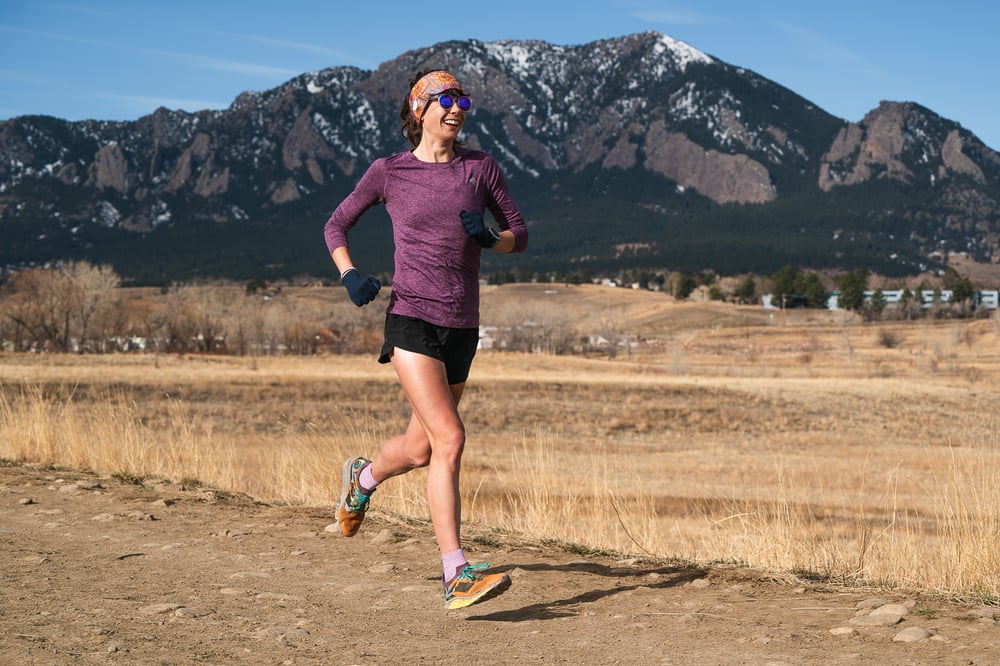 Zoë Rom is an accomplished writer, social advocate, and ultra-runner. But recently, she found herself in need of a better understanding of her body’s ability, during both life’s highs and lows.

Years ago, Zoë fell into the typical trap of trying to do it all. As an aspiring public radio producer, she was getting to work before dawn, exploring a new love for running each afternoon, and trying to maintain a social life at night. That meant she was sleeping little, eating hectically, and pushing her body over its edge each week. Zoë suspected that this grueling lifestyle was taking a toll on her health. But she was unsure of how and what exactly to do about it.

Thankfully, she found a way to look inward for a path forward.

"You can’t B.S. a blood test,” she states with gratitude. Having sensed that she needed to live with more intention, she was pleased to learn that an InsideTracker blood test confirmed her suspicions and pinpointed specific areas that needed improvement.

Zoë’s blood test results revealed that she was low in several key biomarkers like iron and magnesium and had elevated cortisol (stress) and inflammation (hsCRP) levels. And based on her results, the InsideTracker algorithm provided tactical recommendations that she could integrate into her daily routine. The test served as a turning point for Zoë’ toward a more balanced lifestyle—marking the true beginning of her outdoor endurance career.

Zoë followed her recommended Action Plan from InsideTracker, and she was soon thriving both on the trails and professionally as the new Editor-in-Chief of Trail Runner Magazine. Everything was going well. So well that she was accepted into the United State’s most historic 100-mile race. Zoë realized she would need to call on InsideTracker again—this time, to help train for this new ultra-running challenge.

A runner's roadmap to her best, trained self

Ultra runners have assumed levels of self-awareness. After all, how else do they (willingly) ride the rollercoaster of running for an entire day? But Zoë had a nagging question of if she could be doing more when she registered for the Western States® Endurance Run—the most nationally celebrated 100-mile ultramarathon—taking place in Northern California the last Saturday every year in June.

Before training for the race began, Zoë felt fine and was able to work her full-time job while running. But feeling fine and being in the best physical condition to tackle an ultramarathon are not the same. Zoë sought reassurance that she was ready to tackle her dream race. So again, she turned to InsideTracker for a comprehensive assessment.

The results of her second InsideTracker test were better, but an opportunity for improvement remained.

She wasn’t shocked to learn that her iron and magnesium levels were still below optimized and recognized immediately that she needed to be more cognizant of the steps she was taking to improve those biomarkers.

“Almost all endurance athletes aim to improve their iron levels, but as a female, vegan, endurance athlete living at altitude, I know I’m not making it easy for myself,” Zoë admitted. “Now I’ve started putting spinach in everything, eating tofu more frequently, getting oatmeal in three times a week, and steaming edamame for a fancy-feeling snack. I’m even cutting back on IPAs.”

Without these data-driven insights and targeted, tangible strategies, Zoë would have been left guessing about how she was doing and what areas she needed to improve.

Zoë found that focusing on these simple habits inspired her more than trying to make sweeping changes. She also concentrated on improving seemingly basic recovery tactics, including getting better quality sleep and reducing alcohol intake increased her recovery, which soon proved necessary.

A mid-winter Achilles injury threatened to derail her preparation before it properly began. But with confidence in her optimized lifestyle, she took a breath, took three weeks off from running, and was pleasantly surprised by how quickly her body healed. A sign that her plan was working.

And yet the pressure mounts…

Western States is this month, and Zoë continues to feel empowered during the final preparations for the race.

“[InsideTracker] just eliminates any excuse to give up on myself.” she reflected on her mental preparation. “I know that it will get difficult, especially later in the race, but approaching this the way I have means that I can resist the urge to give in.”

Zoë’s build-up to this bucket-list race reinforces how physical and mental preparation are as intertwined as the two sides of the stride that will carry her from sunrise past sunset.

A question Zoë initially asked out of stress and fear, has been turned, through scientific analysis and strategy, into an advantage that will carry her from Tahoe to Auburn by foot.

On June 25th Zoë will lace her shoes and clips on her hydration vest and stand at the base of a snow-covered slope on the edge of California’s Olympic Valley alongside the world’s best ultra-athletes. Nervousness is inevitable. Fatigue is fully expected. But thanks to her diligent preparation, excuses have been cast aside.

Peter Bromka is a writer in Portland, Oregon. As a lifelong runner and many-time marathoner, his writing explores the journey, passion, and struggle of amateur running. As a Masters runner, he is constantly seeking new ways to improve as an athlete and live a healthy and productive life. You can follow his journey on Instagram. His writing is available at peterbromka.com.