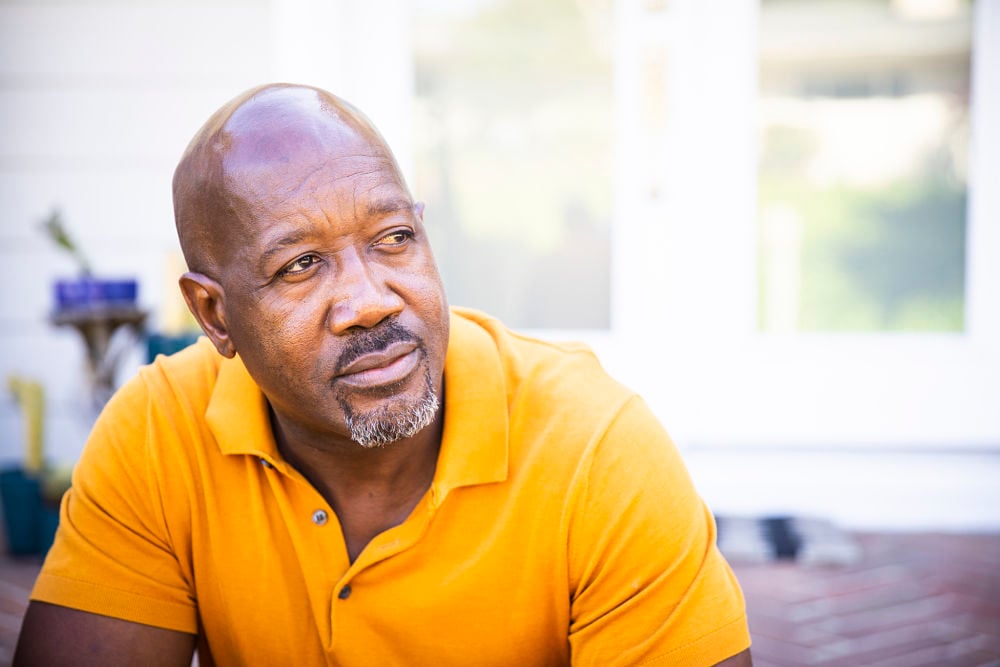 Though a variety of lifestyle factors play a role in mental health, emerging research suggests that dietary patterns and food choices play a significant role in the prevention and treatment of brain-based disorders, specifically depression. No single nutrient or eating plan can cure depression, but the creators of the Antidepressant Food Score have aimed to classify foods and eating patterns best suited to alleviate its development and symptoms.

Understanding the relationship between diet and depression

Though diet may not cause a direct improvement in mood or depressive symptoms, it can certainly play an important role in mental health. Recent studies have explored the relationship between the intake of individual foods and nutrients and their roles in the etiology of mental health ailments, including depression.[1] In fact, an entire field of medicine (called nutritional psychology) has evolved from evidence that dietary improvements may provide efficacious and accessible treatment for the management of depression.[2]

The first nutritional guidelines to prevent depression were published in 2018. They recommend following a traditional dietary pattern like the Mediterranean diet, eating foods high in omega-3 fatty acids, and limiting the intake of processed foods high in refined carbohydrates or sugar. [3] The first randomized controlled trial to analyze this diet/depression relationship found that the symptoms of people with moderate-to-severe depression improved significantly when they adhered to this type of eating pattern.[4] The current theory is that such a diet reduces low-grade systemic inflammation, which is commonly seen in individuals with depression.[3]

What is the Antidepressant Food Score?

The nutritional guidelines for depression prevention were informed by the Antidepressant Food Score (AFS). The AFS was created to identify the most nutrient-dense foods to prevent and promote recovery from depressive disorders and symptoms. [1] The AFS is the first nutrient profiling system created to inform dietary recommendations concerning mental health. This evidence-based approach is based on the density of Antidepressant Nutrients—nutrients shown to be beneficial for the prevention or treatment of depressive disorders in humans. 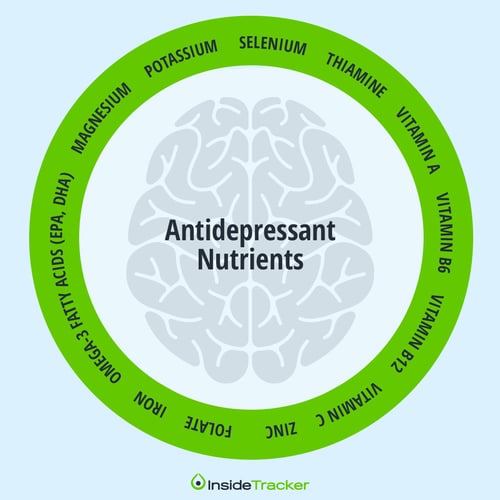 Out of the 34 essential nutrients in the diet, 12 are used to establish the Antidepressant Food Score: Omega-3 fatty acids (EPA and DHA), folate, thiamin, vitamin B6, vitamin B12, vitamin C, vitamin A, iron, zinc, selenium, magnesium, and potassium.


Keep in mind that more research is needed regarding the role between food nutrients and depression. When taken together, these nutrients may be beneficial for prevention and treatment of mood disorders. But as with all things health, this is largely dependent on the individual.

While animal foods including oysters, mussels, and other shellfish score high on the AFS, plant foods contain the highest density of Antidepressant Nutrients. However, instead of specific foods, creators of the AFS recommend that clinicians and patients managing depression focus on specific food categories. 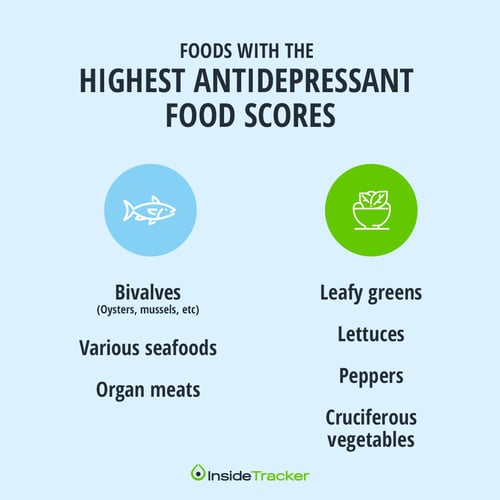 Evidence from meta-analyses also shows that diets rich in fruit, vegetables, whole grains, pulses, nuts, and seeds are associated with a reduced risk for depression in observational studies.[5] 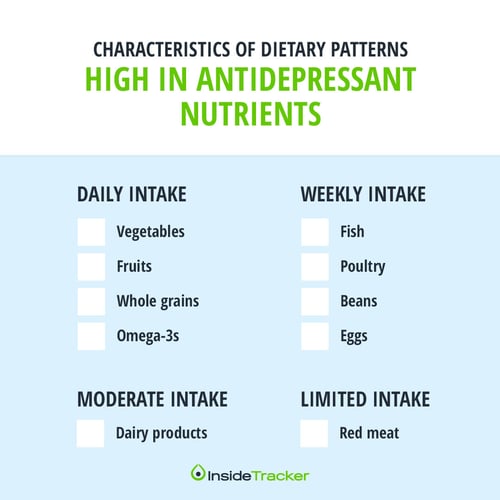 Characteristics of a diet pattern high in Antidepressant Nutrients are:


One four-year study of 10,094 university students found that subjects with the highest adherence to a Mediterranean diet pattern had more than a 30% reduced risk of developing depression over the study term compared to those with the lowest adherence to the diet.[6] The observed differences demonstrate great promise for the role diet plays in reducing the risk of developing depression. However, as the evidence analyzing the relationship between diet and mental health grows, additional studies are warranted to determine the use of these findings in clinical care.

A summary of food and antidepressant effects

Marianna has her Masters of Science in Nutrition and as a certified strength and conditioning specialist with a BS in Exercise Science, she has a passion for helping others lead a healthier lifestyle. Marianna can be found in the kitchen creating new recipes or engaging in a new form of exercise. Follow her on Instagram @mariannas_pantry.

Science-Backed Habits to Live Past 100: Lessons from the Blue Zones

How Food Can Improve Mental Health and Symptoms of Seasonal Depression