The Benefits of Music on Stress, Cognition, and Performance 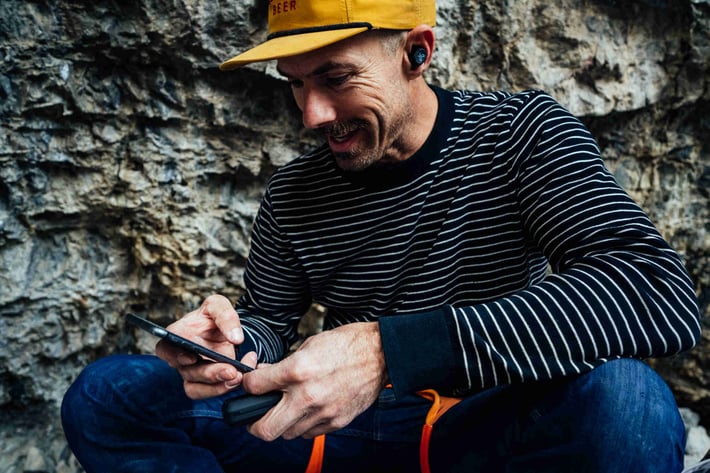 It’s no scientific breakthrough that music can impact our brain mental state.

Research shows that music can significantly improve mood, stress, cognitive performance, and even endurance and power when applied correctly. How exactly does music benefit the brain and body? Most evidence points to the fact that it boosts mood, which has other downstream effects. Here's a summary of what we know.

How music and sound acts on the brain

Interestingly enough, the human brain has the capacity to distinguish between noise and the rhythmic, repetitive nature of music. And though the exact role of this mechanism is not fully understood, scientists agree that music can impart meaningful effects on the brain.


All sounds, including music, are first gathered and decoded by the complex network that comprises our outer, middle, and inner ear. Tiny hair cells called cilia in our inner ear translate the vibrations from sound waves into neurotransmitters that activate the auditory nerve, which in turn sends electrical signals to the auditory complex in the temporal lobe of the brain. In other words, sound vibrations from the environment are translated into brain signals, which we perceive as sound.

But how sound becomes music in the brain is a far more detailed process. Different parts of the brain are responsible for interpreting the various aspects of music. The temporal lobe, for example, decodes things like pitch, melody, harmony, chords, and timbre. The cerebellum processes rhythm. And the frontal lobe is responsible for the emotional reaction that you have to the complete package.[1] And these responses to music is what makes you perceive it differently from sound.

Music's unique action in the brain has proven to have multiple benefits, including as an extremely useful tool for coping with stress. In fact, various studies have found music can mediate stress even in the most intense clinical settings, including during labor and even surgery.[2] 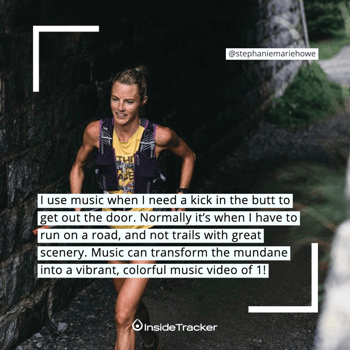 Most studies on the subject appear to harness self-reported measures of stress, like questionnaires. But there is also ample evidence that music can improve mood and reduce stress on an objective level. One 2004 study published in the British Journal of Health Psychology found that classical music helped reduce systolic blood pressure by 8.7mmHg more than silence after a stressful task.[3] A separate study of university students 2003 found that a spike in salivary cortisol observed following a stressor was prevented if the students listened to relaxing music rather than sitting in silence.[4]

So, does this mean overtly soothing or classical music are the only types with stress-reducing effects? Not at all! In fact, a 2007 study (and more recent, supporting research) found that both self-selected and classical music significantly reduced negative emotional states after a stressor. Heavy metal music and silence had the opposite effect.[5] So if you’re looking for a mood booster or stress release, your brain will respond to music you like. Long story short, and something you probably already knew: your favorite music can reduce stress and put you in a better mood. And if you're looking for other ways to reduce stress, we wrote a blog on the subject to provide some insight.

Ever heard of the “Mozart effect?” Studied in both adults and babies, the Mozart Effect asserts that listening to the composer’s music can improve a person’s cognition or reasoning skills. In the seminal 1993 study on the topic, researchers found that listening to ten minutes of Mozart’s sonata for two pianos resulted in significantly better special reasoning skills than sitting in silence—a difference equal to about 8-9 IQ points.[6] 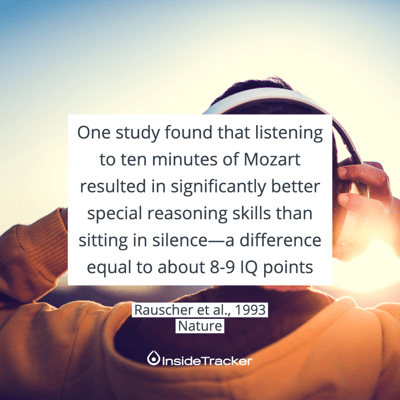 But this effect is among science’s most controversial—research has been relatively divided about the reproducibility of these results.[7] The original author notes that the effect of Mozart’s music isn’t that it improves long-term intelligence, but rather one’s ability to do a test or task.[7] This theory is supported by multiple studies that find calming music improves task performance while aggressive music has the opposite effect. One study of 10-12-year-old children found that, compared to silence, calming background music resulted in improved performance in arithmetic and memory tasks. Interestingly, arousing, aggressive background music had the opposite effect.[8] Additional studies have found classical music improves cognitive performance in various ages, including young adults and the elderly.[9, 10]

So, should you listen to music while doing cognitive tasks? Most research suggests that the boost music gives in these scenarios is actually mediated by differences in mood and emotional arousal.[11] That is, someone who enjoys a task more (emotional arousal) is more likely to produce better test results. But research shows that the effect really depends on both the type of music and the type of task. Some studies have found any noise, including music, to be distracting during complex tasks. This was especially true for vocal music.[12] Your best bet? If you want to test out music’s effects on cognitive tasks, start with calming, instrumental music. Classical is a safe bet. And if you're looking for other ways to boost cognition, check out our blog on the topic.

Music can also provide a boost during resistance and endurance exercises 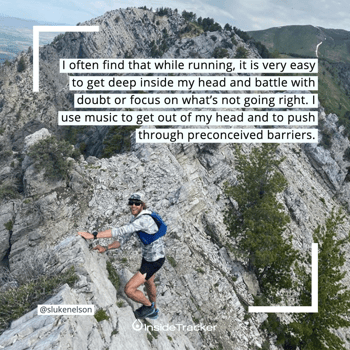 For endurance exercise, research suggests that synchronizing movement with the beats per minute (BPM) of a song can boost endurance and increase output. A 2013 study found that synchronous music increased endurance score during an exercise test by about two and one-and-a-half minutes compared to asynchronous music or silence, respectively.[15] So how can you incorporate BPM into your workout? Pick songs with tempos that match your ideal pace—studies show you’ll naturally sync up with their rhythm.[16] You can use resources like running BPM charts to calculate a BPM according to pace goals. Then, check platforms like Spotify for playlists of songs with your ideal BPM. We also created a playlist with our friends at Jaybird with our favorite pump-up tracks. Check it out here!

A summary of music’s effects on stress, cognition, and performance