Holiday Damage Control- How Vinegar can Jumpstart your Metabolism

Our team of nutritionists is always investigating the latest research on the overlooked health benefits of food products. Recently, we stumbled upon research documenting the therapeutic value of a common, versatile kitchen staple: vinegar. Read below to learn how five common types of vinegars can help you control your levels of lipids and blood sugar and quick tips on how you can incorporate them into your diet. 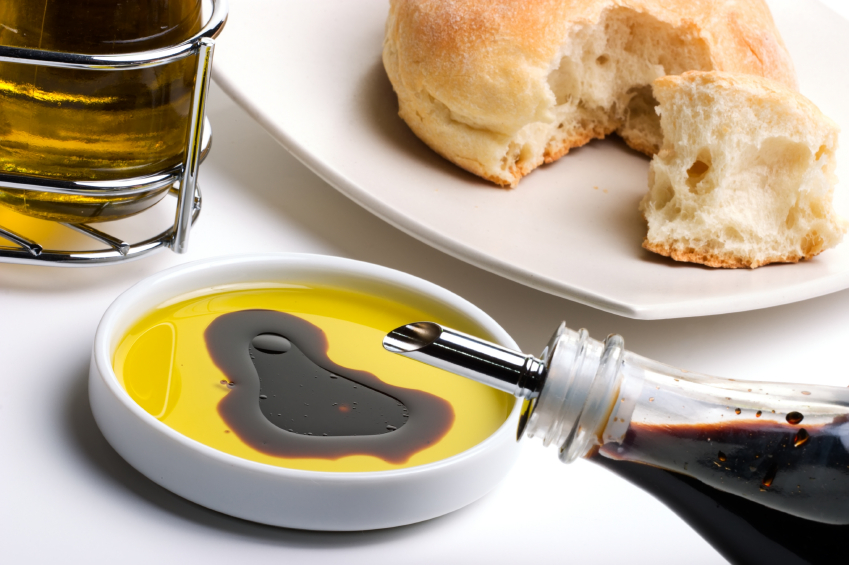 Before we examine the research we want to go over a bit of biochemistry and nutrition. Vinegar is a mixture of acetic acid (CH3COOH) and water. It is most commonly formed by the fermentation of ethanol by bacteria from a variety of sources such as apples and rice- respectively leading to the formation of apple vinegar and rice vinegar. It is usually less than 20 calories per tablespoon and can be used in many different forms of cuisines.

Recent research has investigated the impact of vinegar consumption on lipids known commonly as “fats”. Lipids are a diverse group of compounds characterized by their non-polar nature that makes them repel water. While they have a variety of functions in the body, they are used primarily to provide storage for energy. When blood sugar levels are elevated, as observed in patients suffering from diabetes, the body deposits these sugars as lipids. In the human body lipids are most commonly seen in three forms that are measured by InsideTracker: triglycerides and two forms of cholesterol named high-density lipoprotein and low-density lipoprotein. High levels of triglycerides and low-density lipoprotein- often referred to as “bad cholesterol”- are associated with a wide array of cardiovascular illnesses such as high blood pressure, heart disease, and artherosclerosis. In contrast, moderately high levels of high-density lipoprotein is associated with a better-functioning cardiovascular system. The sum of HDL and LDL cholesterol is known as “total cholesterol”- another index measured by InsideTracker’s lipid panel.

Recent research has unveiled an association between vinegar consumption and optimization of lipid and glucose biomarkers. Below we document studies on how five variations of vinegar- apple, balsamic, pomegranate, brown rice, and black – modify the three lipids in our panel and how you can add them to your diet!

The benefits of apple cider vinegar have been touted by the alternative medicine community for years. However, are its health benefits supported by nutritional and clinical research? Some research indicates that it might be help optimize levels of lipids and blood glucose. To observe this, researchers induced diabetes in male Wistar rats by injecting them with the chemical streptozotocin. Both normal and diabetic animals were fed with standard animal food containing apple cider vinegar for 4 weeks. Then, researchers examined the effect of apple cider vinegar on blood glucose levels after eight hours of fasting and lipid profile in normal and diabetic rats.

In normal rats fed with vinegar, researchers observed a significant reduction of low density lipoprotein-cholesterol (LDL-c) and a noticable increase in high density lipoprotein-cholesterol (HDL-c) levels [1]. Apple cider vinegar also reduced triglyceride levels, increased HDL-c, and reduced blood glucose in diabetic animals [1]. Of course, these findings do not suggest that vinegar itself is sufficient treatment of diabetic complications but rather that it might be a valuable nutritional tool in optimizing lipids and blood sugar in both diabetics and non-diabetics. 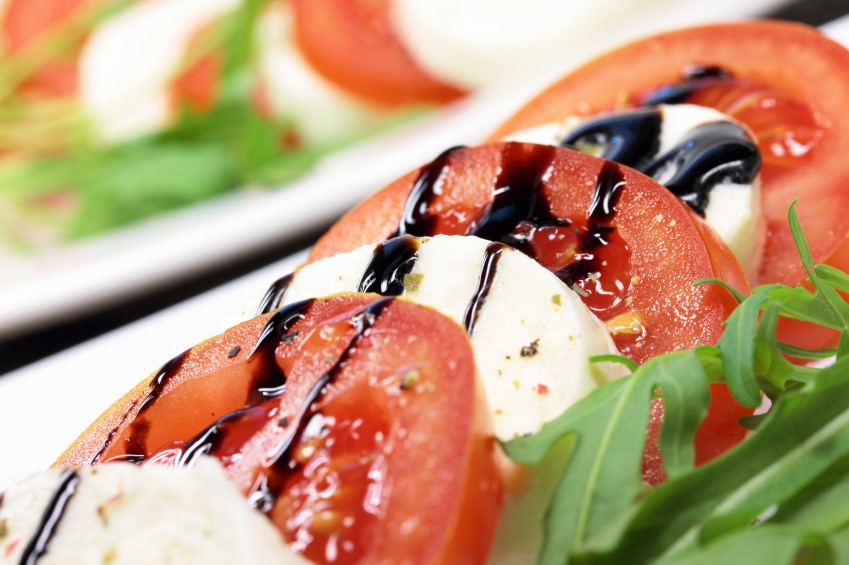 Consumption of balsamic vinegar, which is made from grapes and generally consumed in the Mediterranean region, may reduce levels of oxidized low-density lipoprotein (LDL). Atherosclerosis, or hardening of blood arteries, occurs when these LDL proteins build up in the walls of arteries and forms hard structures called plaques. Common indicators of this disease include increased abundance of fat eating cells called “foam cells” as well as high levels of triglcyerides and total cholesterols. Researchers observed that the concentrations of intracellular triglycerides (fats inside the cell) and total cholesterols were reduced in the presence of balsamic vinegar [2]. Additionally, balsamic vinegar decreased the genetic and protein expression level of fat receptors in the foam cells, suggesting that the lowered intracellular triglycerides ultimately result in decreased risk of artherosclerosis. Thus, balsamic vinegar may have some fat-fighting properties.

Healthy Diet Tip: Be sure to sprinkle some balsamic vinegar on your salads. Two tablespoons have 28 calories while two tablespoons of blue cheese dressing have 112 calories and NO fat-fighting properties!

In this study from 2013, researchers examined the fat-inhibitory activity of a species of soybean seeds pickled with brown rice vinegar. When scientists injected isolated fat cells with brown rice vinegar they observed a reduction in lipid levels [4]. In addition, researchers fed two groups of mice with a high-fat diet for 16 weeks and provided only one of them with brown rice vinegar. At the completion of the study, they observed lower levels of HDL cholesterol, blood glucose, and triglycerides in the latter group [4]. Taken together, these results provide evidence that this form of vinegar may have a regulatory role in lipid metabolism.

Black vinegar, which is made from fermented rice, wheat, barley, and sorghum, may play an important role in reducing the accumulation of bad fats in the body. To assess whether or not this common staple of Chinese cooking has a beneficial impact on the lipid profile, researchers provided one group of hamsters with a high-fat/cholesterol-diet and another with a low-fat/cholesterol-diet.As expected, researchers observed that hamsters fed the high-fat diet had higher weight gains, more stomach fat, higher liver lipids, and blood vessel plaques than low-fat/cholesterol diet fed ones. However, hamsters fed with the high-fat/cholesterol diet that received black vinegar supplementation experienced lower gains of these unhealthy lipid indices [5]. Collectively, these findings indicate the benefits of black vinegar in reducing levels of fat and cholesterol harmful to the body.

How to Extract These Benefits

It is important to remember that none of the research above suggests that any form of vinegar can substitute well-research interventions to treat diabetes or obesity. Thus, if you are experiencing symptoms of diabetes such as high blood sugar or are overweight it is important to consult your physician or nutritionist to get the appropriate treatment.

However, vinegar may be an important supplement to optimize healthy levels of fats and blood glucose and can easily be incorporated into your diet it many ways. Click below to check out other methods you can use to optimize your lipid levels, blood glucose, and 25 other biomarkers courtesy of InsideTracker during the holiday season and beyond!