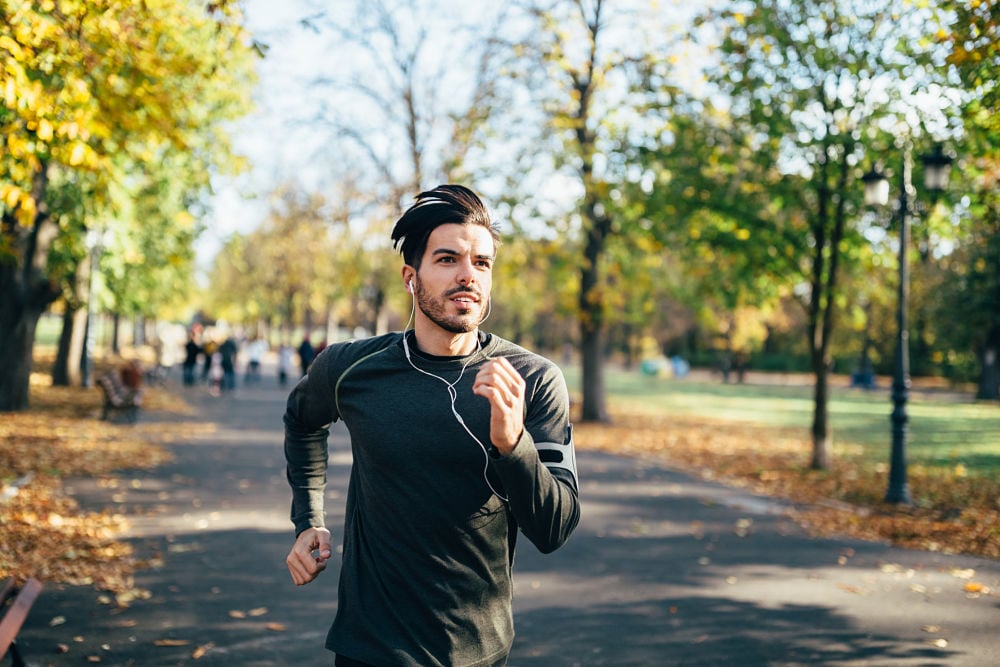 What exactly is an NMN supplement?

NMN is a precursor to NAD+, a coenzyme involved in over 50% of physiological processes in the body, such as cellular-redox reactions and activating enzymes like sirtuins. NAD+ has also gained recent popularity due to its apparent relationship with the aging process—low levels are associated with common diseases of aging such as metabolic syndrome and cardiovascular disease (more on that relationship here). NMN supplements have therefore been postulated to support the aging process by keeping NAD+ levels adequately high. But emerging research—including the study at hand—has investigated other potential targets for NMN supplements.

An important note: supplement formulations use NMN or nicotinamide riboside (AKA NR, another NAD+ precursor) rather than NAD+ based on what we currently know about their safety.

What did this new study investigate?

Researchers at Guangzhou Sport University conducted a six-week randomized, double-blind, placebo-controlled, four-arm clinical trial to investigate the impact of NMN supplementation on endurance exercise performance. Study participants included 48 (40 male and eight female) recreationally trained runners, ranging from 27-50 years old. Participants were assigned to one of four groups: the low dosage group (300 mg/day NMN), the medium dosage group (600 mg/day NMN), the high dosage group (1200 mg/day NMN), or the control group (placebo). NMN was administered twice daily, half in the morning and half after lunch prior to exercise training. Athletes ate all other meals as they typically would.

Athletes completed running and cycling training sessions 40-60 minutes in length, 5-6 times each week. Aerobic capacity was measured at baseline and the end of the six-week experiment. Here’s what the researchers uncovered. 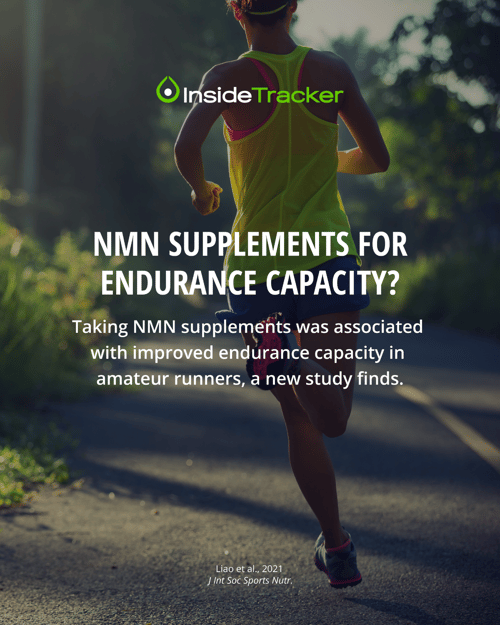 NMN supplementation had an interesting impact on endurance capacity

Liao et al. found a significant relationship between NMN supplements and specific measures of endurance capacity. In the medium and high dosage NMN groups, these key markers significantly increased from baseline to six weeks compared to the control group:

Interestingly, the results were dose-dependent; the high NMN dosage group resulted in greater changes in VO2 and VO2max% than the medium dosage group. Researchers found no significant differences in any other measure (including VO2max, O2-pulse, or peak power) between baseline and follow-up in any of the four groups. Additionally, there were no observed changes in body composition or body mass.

As with any human studies, especially in new supplements, it’s important to note that no adverse events or ECG abnormalities were reported.

What can we make of these results?

Until recently, NMN supplementation has largely been studied in animals, and conducting NMN supplement trials in humans is a critical step in evaluating their impact on human health.

NMN supplements improved the ventilatory threshold and power at VT2 of the studied runners, meaning oxygen was circulated more efficiently by the body. The researchers attribute these findings to improved oxygen utilization in the skeletal muscle. Interestingly, the researchers also call attention to the fact that measures of cardiac function (VO2max% and O2-pulse) did not significantly improve in the intervention groups. This data suggests that skeletal muscle in humans may be a more sensitive tissue (compared to cardiac muscle) to NMN. 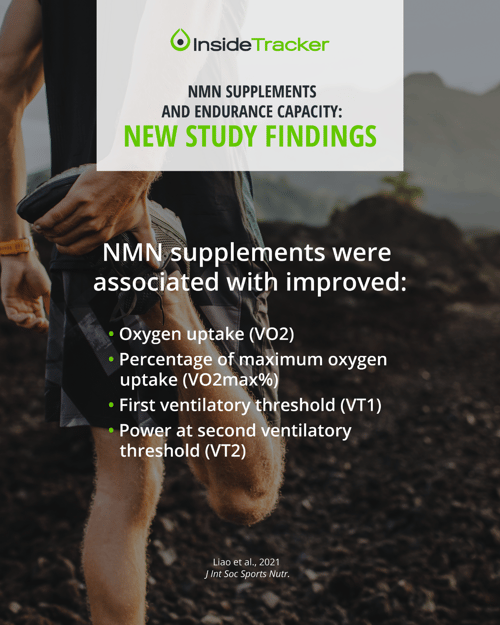 Should you actually take an NMN supplement?

The researchers were sure to note the caveats of this study. Participants’ endurance capacity outcomes were measured using a cycloergometer (a type of stationary bike) as opposed to a treadmill. Treadmills typically yield higher values of VT and VO2max. Future research should also aim to include more female participants to ensure generalizability.

As always, it’s essential to evaluate all data on a supplement before introducing it into a regular routine. While this study’s findings contribute to our knowledge of the impact of NMM supplementation in humans, further research is warranted before confidently recommending taking this supplement for endurance capacity. To learn more about the research on NMN supplements, check out this article. And, if you liked this article, you may also like this and this one as well.

Michelle is a Nutrition Specialist at InsideTracker. As a Registered Dietitian, you’ll find Michelle analyzing the research behind recent nutrition trends, bringing actionable food and supplement recommendations to the platform. When she's not myth-busting, Michelle can be found exploring new restaurants and getting creative in her kitchen.

Endurance Fueling: How to Fuel to Go the Distance