Criteria for InnerAge 2.0 vs. Optimal Zones 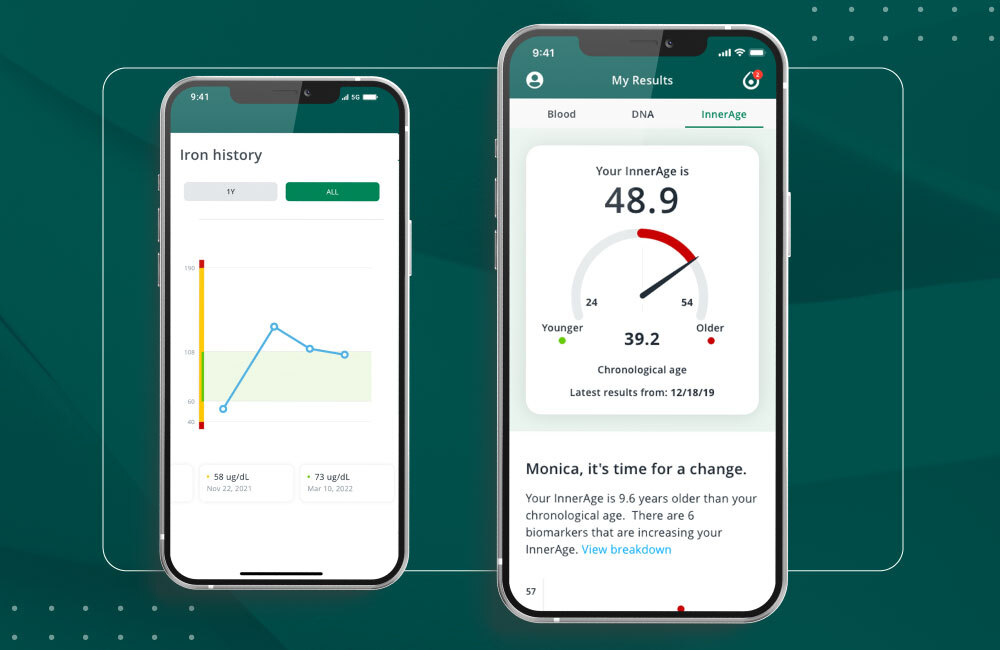 When you select an InsideTracker blood plan and add on InnerAge 2.0, you’ll notice that you see your biomarkers plotted in two key ways. First, each blood biomarker will be plotted against your personalized biomarker optimal zone. Secondly, certain blood biomarker levels will be reported in the context of your body’s biological age or InnerAge 2.0.

This article explores the following:

What are InsideTracker optimal zones? 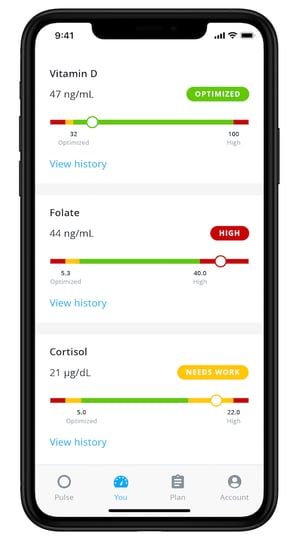 Blood test results are often displayed against a reference range. When you receive your blood results from InsideTracker, each biomarker level is plotted on a chart with corresponding zones. Here is a breakdown of what each zone means:

How are InsideTracker's optimal zones determined?

InsideTracker’s scientists methodically and thoughtfully created personalized biomarker optimal zones. First, InsideTracker’s scientists reviewed data from peer-reviewed scientific papers and evaluated biomarker values from healthy individuals in large databases. From there, they determined personalized optimal zones within the clinically normal reference range that are more targeted based on age, sex, level of activity, and other factors.

When the InsideTracker science and data science teams created the InnerAge 2.0 algorithm, they based it on a method described in a peer-reviewed paper by Klemera & Doubal in combination with InsideTracker’s own blood biomarker dataset.

Each of the 44 biomarkers that InsideTracker measures was plotted independently, stratified by men and women, and evaluated against chronological age. Data scientists aimed to answer the key question, “Does this specific biomarker level increase or decrease with advancing age in men or women?” For example, “Do 70-year-old women tend to have increased or decreased levels of LDL cholesterol compared to 20-year-old women?” This question was asked of each blood biomarker in InsideTracker’s data set and for each biological sex. If the answer was, “Yes, 70-year-old women do tend to have LDL cholesterol levels that differ from 20-year-old women,” then the biomarker was included in InnerAge 2.0 for that sex. 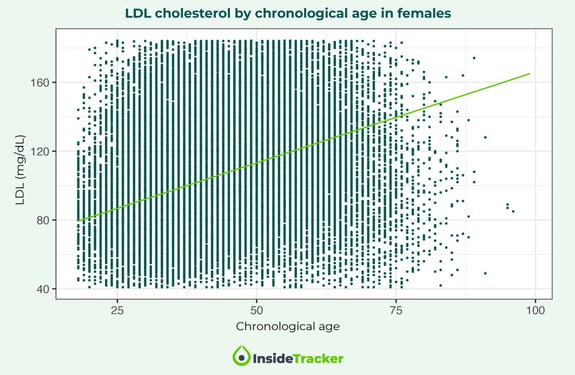 Example of how a biomarker is selected for InsideTracker's InnerAge 2.0 algorithm

The method by which a biomarker came to be included in the InsideTracker’s InnerAge 2.0 algorithm can be confusing and best understood via examples.

The graph above shows the LDL cholesterol values of InsideTracker customers that reported their biological sex as female, plotted by chronological age. Each dot on the graph represents a unique individual. The line that cuts right through the middle of the cloud of dots is known as the “line of best fit.” Here are three potential interpretations of the line of best fit:

If a statistically significant positive or negative correlation was detected between a biomarker level and chronological age, the biomarker was included in the InnerAge 2.0 algorithm for that sex. In the current iteration of InnerAge 2.0, this includes 17 biomarkers for males and 13 biomarkers for females. While measuring more biomarkers increases the precision and stability of the calculation, both genders get equitable strength and accuracy from their respective panels.

The number or amount of years that LDL cholesterol levels add or subtract from your InnerAge 2.0 score is based on the contribution of this biomarker to your total score in the algorithm and your specific biomarker level on your latest blood test.

Can a biomarker be optimized yet still be shown to increase InnerAge 2.0? 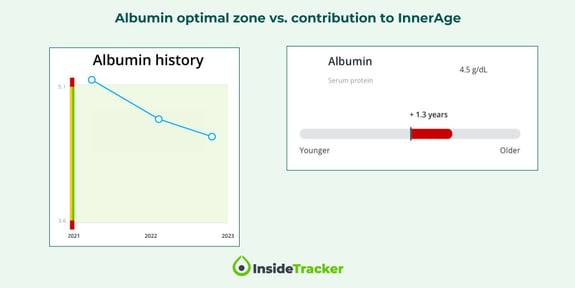 For example, your albumin levels may be in your personalized optimal zone, but they may add years to your total InnerAge 2.0 score. If albumin is adding years to your InnerAge 2.0 but is in the optimal zone, you won’t see recommendations to improve or change it, and that’s OK! The best course of action is to prioritize improving other markers associated with your InnerAge 2.0 that do have scientifically-based recommendations to improve them—for example, LDL cholesterol or blood glucose.

How can you improve biomarker levels and your InnerAge 2.0?

Some other articles we think you'll love!

How We Select the Blood Biomarkers in Our Tests