The Right Way to Safely Train at Altitude 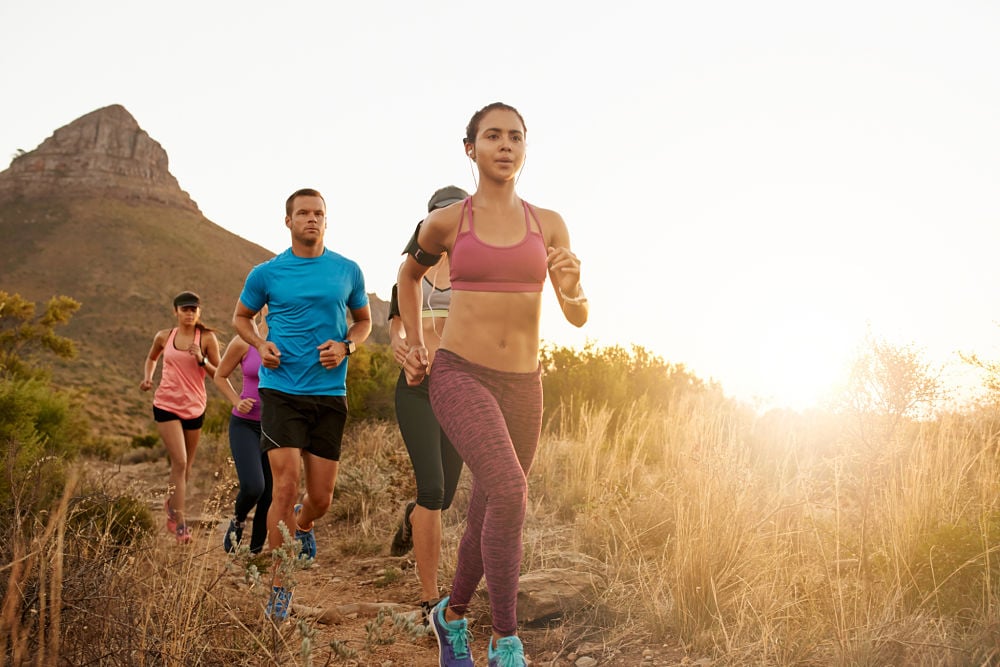 You may have heard that sea-level-dwelling endurance athletes head to the mountains during training season to gain a competitive edge. This is because a body primed to race at grueling altitudes is one that can perform more easily at more forgiving, sea-level ones. Been wondering how to safely train at altitude? Doing so requires much more preparation and planning than a simple trip to the mountains and logging miles. Here are some considerations and calculations you should make before taking your training to the hills.

What happens to the body at altitude?

So what’s actually happening when you lace up for a run or hit the pool for some laps? Well, our muscles require significantly more oxygen to function during exercise compared to times of rest. And because nearly all the oxygen in our body is delivered via hemoglobin, an iron-containing molecule in red blood cells, this oxygen demand is directly reliant on the concentration of these cells in the blood supplied to our muscles. So, the body responds to these demands by increasing heart rate (aka an "increased cardiac output") to deliver hemoglobin-rich blood cells—and the oxygen that comes with it—to muscles at a quicker pace. The extent to which your heart rate and blood pressure increase always vary with the type, duration, and intensity of exercise and the environmental conditions—cue, altitude!


As we move higher into the atmosphere (which is exactly the case among the mountains), there are fewer oxygen atoms in the air, and lower air pressure because of it. So, when training at higher altitudes, there is simply less oxygen available to breathe, and in turn, less available to our muscles. This type of training is also called hypoxic training, which is simply when the body is deprived of oxygen. Initially, this reduction in oxygen impairs endurance performance and aerobic capacity because muscles' oxygen demand simply isn't met. [1] Instead, the body compensates by increasing heart rate, which can feel like significantly increased exertion—that is, it feels like you're working much harder at elevation than the same activity would at sea level.

However, the body will eventually start to acclimate to the change in air pressure, typically after a few days. One of the key responses is an increase in red blood cell concentration in the blood, which makes more hemoglobin available to capture as much atmospheric oxygen as possible. Simply, the amount of hemoglobin in the blood will increase at altitude, which increases the amount of oxygen delivered to muscles.

The dangers of training at altitude

Acclimating the body to changes in oxygen availability might seem straight forward enough. But these changes really can be a shock to the system, and result in some pretty nasty side effects, even without attempting the physical stress of training. This includes nausea, vomiting, headaches, and light-headedness, the combination of which is known as mountain or altitude sickness. In almost all cases, altitude sickness resolves itself as the body acclimates, and symptoms dissipate. There are, however, serious cases which can result in dangerous complications like swelling in the lungs and brain, which is why proper acclimation to high elevations is critical.


Now, what is actually constitutes 'altitude' and at what point does it become a health risk? Elevation is classified into a few ranges, according to meters above sea level. While most of us won’t venture more than 2,000-3,000 meters above sea level, each range has a different impact on exercise recommendations and comes with potential negative health risks.

What the pro recommends

We spoke with InsideTracker user, PhD, coach and ultra-runner Stephanie Howe about her recommendations for athletes traveling to train or race at altitude—as a sponsored mountain and trail runner in Oregon, she's well-versed in all things elevation.

Howe's athletes focus on their nutrition, particularly high-quality protein and micronutrients, because the added stress of altitude causes a higher turnover rate and increased demands; at altitude, there is both decreased protein production and increased protein breakdown. [2] And because high altitudes cause increased oxidative stress in our bodies, there is also an increased demand for vitamins and minerals for protection against this stress. [3]

Allocating more time for rest and recovery between training sessions at altitude is also key, says Howe. Staying hydrated during exercise is also imperative. Remember, during the first few days at altitude, the body hasn't acclimated to the oxygen changes. To compensate, it increases heart and breathing rate to try to access as much atmospheric oxygen as possible. And due to the cellular mechanisms of respiration, this change results in significantly increased water losses. [3]

How vitamin D and ferritin fit into the puzzle

The production of red blood cells is impaired in athletes with poor iron status. [1] This means that iron deficiency will decrease your body’s ability to use energy and oxygen efficiently during exercise, both at altitude and sea-level. If serum ferritin is less than 30 ug/L for women and less than 40 ug/L for men, iron intake needs to be increased through the diet or a supplement.


Since vitamin D plays a significant role in muscle structure and integrity, adequate levels can create improved physiological conditions for oxygen use in the muscles. Optimized vitamin D levels may also protect against the atrophic conditions (that increased protein turnover we talked about) that are common at altitude. [3]

If you anticipate training or racing at altitude, get your blood tested about 8-10 weeks out to measure your levels of these biomarkers. Here are descriptions of the blood tests InsideTracker offers.

If you decide to race at altitude but live at sea-level, here are some of Howe's tips for a successful and safe race:


Learn how your biomarkers affect your body in this FREE e-Book download!