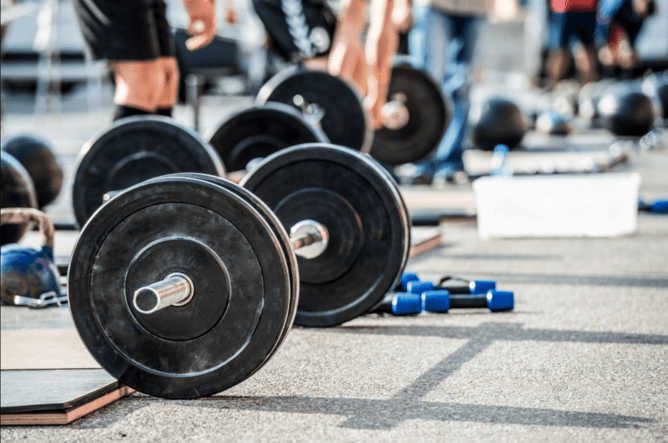 The 2018 Reebok CrossFit Games are fast-approaching and we couldn’t be more excited! After all, for those of you who don’t know, the CrossFit Games, known simply as "The Games" is the Super Bowl of the CrossFit competition season with the first place man and woman being crowned "The Fittest on Earth."

The competition season kicks off with early in the calendar year with "The Open," a first-round competition that's open to anyone in the world. Once complete, a handful of qualifying athletes are chosen to make their way to one of nine geographically designated events, "Regionals," where they fight for their ticket to The Games.

To put some perspective on how competitive this process is, in 2017, over 375,000 athletes entered the Open. From there, 40 men and women qualify for each Regional competition, of which there are nine. From that lot, the field is narrowed down to the final elite 40 men and women who are #GamesBound. Translation: you have roughly a 0.02% chance of making it to the final stage. Let that sink in!

With this level of competition, athletes are constantly looking for anything to give them an edge. They have specialty coaches for endurance training, gymnastics, and weightlifting. They also have nutrition coaches and measure every piece of food that goes into their body to ensure they’re fueled and supplemented properly.

Here at InsideTracker, we work with many CrossFit athletes at the top of the game(s) to give them the data they need to know how their bodies are performing. By analyzing biomarkers in their blood, nothing is left to doubt. They know how their training is affecting them, whether they’re eating the right foods (and right amount of them) and even getting feedback on how their bodies are recovering.

So here they are, the athletes of the 2018 CrossFit Games who are taking Selfies from the inside with InsideTracker. And since we love to see our customers achieve their goals, the InsideTracker Team will be there to support them... and we hope to meet and support you too! If you're going to be in Madison, be sure to drop us a line or stop by our booth in Vendor Village and say hello!

6th Games appearance
2015 & 2016 Games Champion
One of the most well known CrossFit athletes, Katrín has set her sights on becoming the first and only woman to be crowned The Fittest on Earth for a third time. By her standards, last year's at 5th place finish was anything but rewarding. But it certainly seems as though she's found her fire once again in 2018. As one of the favorites going into the Games, look for Katrín to reclaim her title as the Queen of CrossFit.

2nd Games appearance
Know by his Instagram handle, T-Rex, this InsideTracker Athlete is a force to be reckoned with. Tim is easily proving that his first Games bid last year was no fluke. He's been hammering out his weaknesses to be as ready as can be come event 1 in Madison.

5th Games appearance
Cole is known for his come-from-behind theatrics when qualifying for the CrossFit Games. However, this year the fan-favorite looks quite different. If Cole’s regional performance is a preview, the other Games athletes better watch out.

2016 & 2017 Age Group Champion
While most people his age are retired and sitting back on the beach in August, Dave is doing anything but sitting around. The 2-time reigning Games champ in the 60+ division set his goal on making it 3 in a row this year in Madison. If anyone has found the secret to life longevity, it’s this guy.

7th Games appearance
Arguably the most consistent CrossFit Games athlete, this is Scott’s 7th trip to the Games. In his previous 6 appearances, he has never finished lower than 6th place. This year he looks to top his best overall finish of 4th place and stand among the best come Sunday.

So, are you going to be at the Games cheering on these athletes? We will be, and we'd love to meet you! But whether you'll be there or not, be sure to follow along in our Instagram stories for your chance to win some fun prizes to help you reach your peak performance goals.