Vitamin B12: How to Reach an Optimized Level for Women 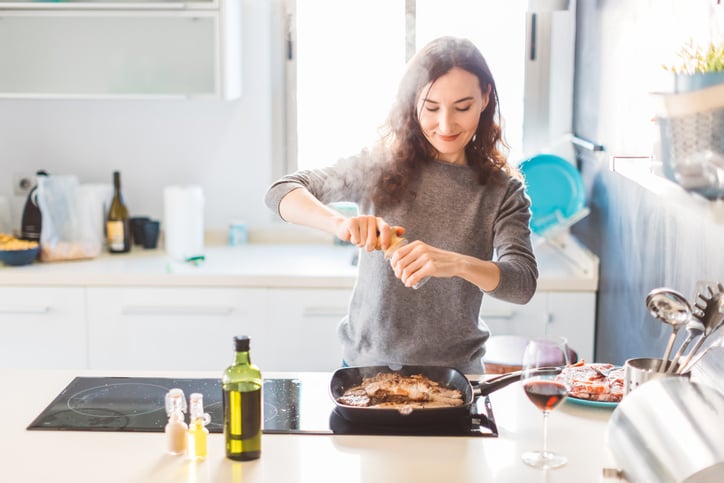 All B vitamins play an important role in women's health, particularly during the reproductive years. One notable member of this vitamin family is B12. Unfortunately, this vital molecule can rapidly leave the body without daily intake. Read on to find out when and why women need to pay special attention to vitamin B12 and what steps you can take to optimize your levels.

What is vitamin B12?

Vitamin B12 (aka cobalamin) is a water-soluble, essential vitamin that plays a critical role in red blood cell production as well as maintenance of brain and nervous system health. Inconveniently, B12 is essential—meaning we cannot produce it on our own. The only organisms that can produce this critical vitamin are bacteria. Animals become sources of B12 because of the bacteria in their intestinal system. Plant-based products on the other hand typically do not contain vitamin B12. Before we can reap the benefits of that grilled chicken breast, the stomach needs to release gastric acid in order to release B12 for absorption (1). Your body's ability to release B12 from food may become compromised as you age, but we'll talk about that in a little bit.
So what happens if our bodies don't get enough B12? By now you may be familiar with the term anemia—a condition where your body becomes depleted of healthy red blood cells of hemoglobin and as a result cannot transport oxygen to cells as efficiently. Most people recognize iron deficiency as a common cause of this condition. However, did you know that low levels of vitamin B12 may cause anemia as well? If that's not enough to convince you of how important B12 is, you should know that low levels could also cause a myriad of problems like skin numbness or tingling, poor coordination (calling all athletes), or even decreased cognitive function.

As a member of the B-vitamin group (along with folate and B6), B12 contributes to homocysteine metabolism. Homocysteine is a non-protein amino acid that is linked to cardiovascular disease and infertility when elevated. Poor diet and intermittent endurance exercise may increase homocysteine levels—something that becomes incredibly important to women during their reproductive years. 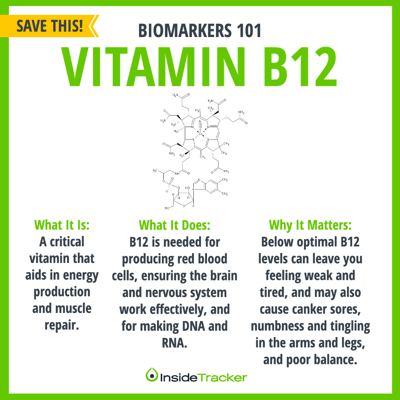 Lifetime trends of vitamin B12

Men and women experience very similar trends in B12 with peak levels during childhood. Right around the onset of adolescence, the vast majority of children experience a large decline in B12 that should remain constant throughout adulthood with proper nutrition and the absence of pregnancy (2). Young adults who reach low levels of B12 often already had poor status during childhood. Another common reason for B12 deficiency during adulthood is poor dietary intake frequently associated with vegetarianism (3).

Few plant-based foods are a reliable source of B12. For this reason, vegetarians should focus on including animal products like milk and eggs in their diets and alternative sources like fortified cereals. If you don't plan on getting pregnant, your B12 levels should remain relatively stable throughout adulthood assuming you continue to consume a well-balanced diet. For some, issues arise in old age. B12 absorption is a complex process that may become compromised in the elderly. This is because digestion of B12 containing foods relies heavily on your stomach's ability to release gastric acid. Many older adults begin to release less stomach acid as they age, which impairs their ability to release B12 from the food they consume (4) .

Similarly, individuals who take stomach acid suppressing drugs to treat acid reflux symptoms also increase their risk of risk of B12 deficiency. Crystalline B12 is found in supplements and fortified foods. Unlike it's natural counter-part, crystalline B12 can be absorbed even with impaired gastric acid release (5).

Effect of menstruation on B12 levels

In spite of this shift, few women will experience what researchers call a 'clinically significant deficiency'. Like we mentioned earlier, compromised B12 status may cause anemia—something physicians can recognize with lower than normal hemoglobin levels. One study comparing oral-contraceptive users to non oral-contraceptive users found no difference in hemoglobin levels between the two groups. In rare cases when levels dropped below the deficiency cut-off, women did not report any of the adverse symptoms associated with low B12 (7).

Non-hormonal contraceptive methods like IUD's may cause a small, gradual decline over time6. However, due to the long term nature of the many studies and age of participants, it is unclear if this shift was due to age or contraceptive method. Who knew? Choice of birth control may be a smart way to optimize your B12 levels without dietary changes or supplementation. As always, talk to your doctor about your contraceptive method and what the best option is for you. 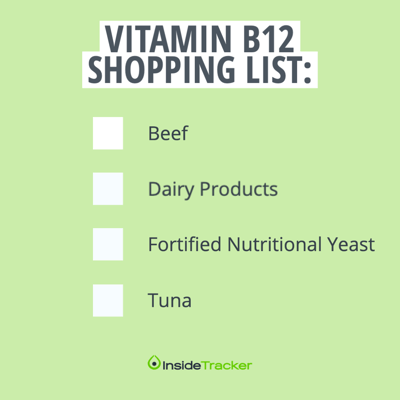 Most women will experience some decline in B12 levels over the course of pregnancy. In the vast majority of cases, this change is normal and should not be cause for concern. In fact, B12 will typically decline around 30% from preconception to full term (8). B12 levels will begin to improve and often return to normal within days of delivery (9,10) . In most cases, this change is not something to lose sleep over. However, if you already have low B12 before getting pregnant (listen up vegetarians), you may want to consider improving your levels before conceiving (11). Women with already marginal B12 levels risk developing anemia over the course of pregnancy, which increases the risk of miscarriage (9).

Additionally, while folate receives the most publicity around neural tube defects, poor B12 status has also been identified as a risk factor for this birth defect (12). As always, consult your physician before adding in, or dismissing supplementation.

Okay, so what about lactation? Breast milk does contain B12 and theoretically increases your nutritional requirements (1). However, lactation does not cause any change in B12 status. In fact, studies have found that women who breastfeed do not have significantly different B12 levels compared to women who decide not to breastfeed (13).

What can I do to manage my B12 levels?

Get your blood tested! InsideTracker's will tell you where you stand on B12 and provide you with the dietary, supplements and exercise advice necessary for optimization. In addition to B12, other vitamin and minerals should be routinely screened as well.

[2] Second National Report on Biochemical Indicators of Diet and Nutrition in the U.S. Population. Centers for Disease Control and Prevention, National Center for Environmental Health. 2012: 46-53.

[6] Berenson AB, Rahman M. Effect of hormonal contraceptives on vitamin B12 level and association of the latter with bone mineral density. Contraception 2012;86(5):481-7.