Vitamin B12: A Critical Consideration for Vegetarians 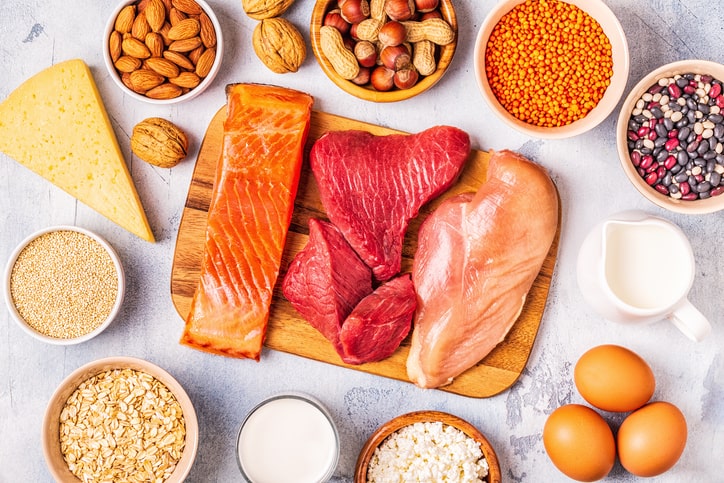 So you missed Earth Day last week, huh? Don't worry, just because we only celebrate once a year, that shouldn't stop you from taking action year-round! Whether you do your part by recycling, using public transportation, walking or biking to work, shopping with reusable bags, or turning off lights and faucets – a big thank you from us fellow Earth dwellers! There are many ways that we can protect the environment, and most of them can actually protect our health too. One of the most significant ways to reduce your carbon footprint AND likelihood for chronic disease is to reduce or limit your consumption of animal products, specifically meat. However, while eating less meat has plenty of benefits, it also requires some special considerations, like vitamin B12.

Humans cannot produce vitamin B12 naturally, making it one of the eight essential B vitamins. Bacteria are required to produce vitamin B12 naturally, but the majority of the bacteria in our GI tract lives at the end of our digestive tract, after the point at which B12 gets absorbed. Therefore, in order to satisfy our need for B12, we have to get it from our diet. Plants do not contain any vitamin B12, so individuals that don’t eat many, or any, animal products should pay special attention to their intake.1

Animal products are the primary source for vitamin B12 because B12 is also a dietary requirement for animals. Some animals are able to produce B12 from bacteria early enough in their digestive tract for it to be absorbed (like cows, even though they eat an exclusively plant based diet). Other animals must get it from other sources (primates eat bugs that contain B12). Once B12 is digested and absorbed by animals, it is passed onto the meat, eggs, and milk that they produce.

There are some vegan products that contain vitamin B12. Fortified cereals provide 25-100% of the daily requirement. Nutritional yeast, a cultured yeast product that is often used as a flavoring and cheese alternative, may contain some vitamin B12 naturally but many are also fortified.2 Other fermented foods, such as kombucha, gochujang, and kimchi, may can contain vitamin B12, but vary depending on the type of food and the bacteria involved in their fermentation. Check food labels to verify their B12 content. For many vegans and vegetarians, supplementation is the best way to ensure you are meeting your vitamin B12 needs, we recommend 600µg per day.3 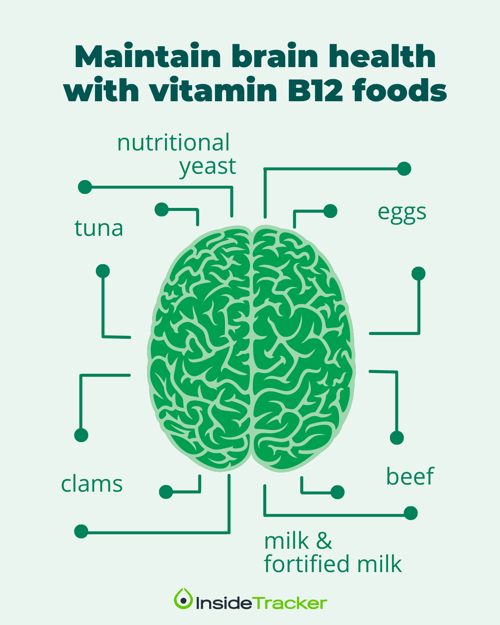 How B12 is digested

Vitamin B12 has a very complex digestion and absorption pathway. Its digestion is dependent on specific gastric juice components, including gastric acids and a compound called intrinsic factor. Our digestive tract releases less of these gastric acids as we age, and heavy use of antacids can also interfere with this step of digestion. The excretion of intrinsic factor also decreases with age, putting the elderly at increased risk for deficiency. Synthetic B12 is absorbed more readily than natural B12, so supplements and fortified cereals may also be the best route for older individuals.4 For individuals that eat animal products but have low levels of B12, we recommend 400µg.5

Technically, vitamin B12 is categorized as a water-soluble vitamin along with the other B vitamins and vitamin C. Excess water-soluble vitamins are not stored in the body for later use, but excreted daily. In contrast, excess fat-soluble vitamins A, D, E, and K are stored in the adipose (fat) tissue indefinitely until they are either used or adipose tissue is lost via weight loss. Interestingly, vitamin B12 falls somewhere in between a water-soluble and fat-soluble vitamin in terms of storage length. Once absorbed, B12 is integrated into bile, a digestive juice that allows for the digestion of fat. Bile is very efficiently recycled via enterohepatic circulation, with about 95% of bile returning to the liver for storage and reuse. As a part of bile recycling, vitamin B12 can remain in the body for roughly one year.6 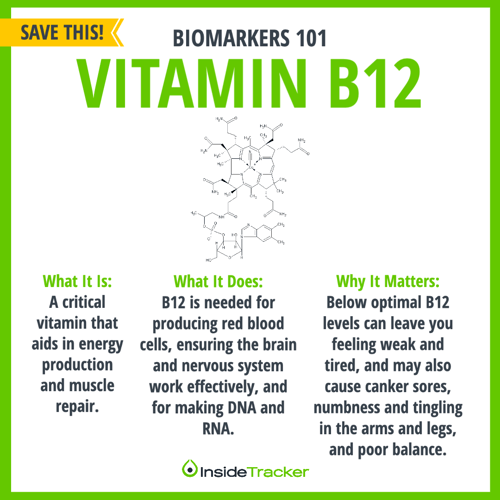 Why B12 is important

Vitamin B12, also called cobalamin, is essential for the development and maintenance of nearly every cell in the body! It is critical for some very important processes, such as DNA synthesis, red blood cell formation, and the metabolism of dietary fat and protein.1 B12 is also important for the function of the brain and nervous system. Low levels of B12, even just outside of the “normal” range, can cause fatigue, poor memory, loss of appetite, and feelings of weakness. Long-term deficiency can lead to serious, irreversible damage to the brain and nervous system.

Deficiency can also result in a form of anemia called megaloblastic macrocytic anemia. This anemia causes large and abnormal red blood cells. Iron deficiency anemia is referred to as microcytic and hypochromic. It looks very different because it causes very small red blood cells that are pale in color. Both a B12 and a folate deficiency can lead to megaloblastic anemia. In B12 deficiency, folate metabolism is halted which disrupts DNA synthesis required for red blood cell production. Too much folate in the diet can force folate metabolism to appear normal even though B12 is deficient, which is why it is important to test B12 levels.

Another integral role of B12 is its role in the conversion of homocysteine to methionine. Methionine is essential for the methylation of literally hundreds of reactions in our body, which is one reason a B12 deficiency can affect us so severely. Also, without adequate B12, homocysteine accumulates since it is not converted to methionine. High enough levels of homocysteine, called hyperhomocysteinemia, may be a risk factor for developing coronary artery disease because it makes blood vessels more prone to injury and subsequent inflammation.6

Knowing your B12 level is important, and even more critical if your diet includes limited animal products. At InsideTracker we not only track your B12 level, but provide the best recommendations for you to meet your needs while continuing to eat a diet tailor-made for you.