So You Hit a Weight Loss Plateau. Here's Why. 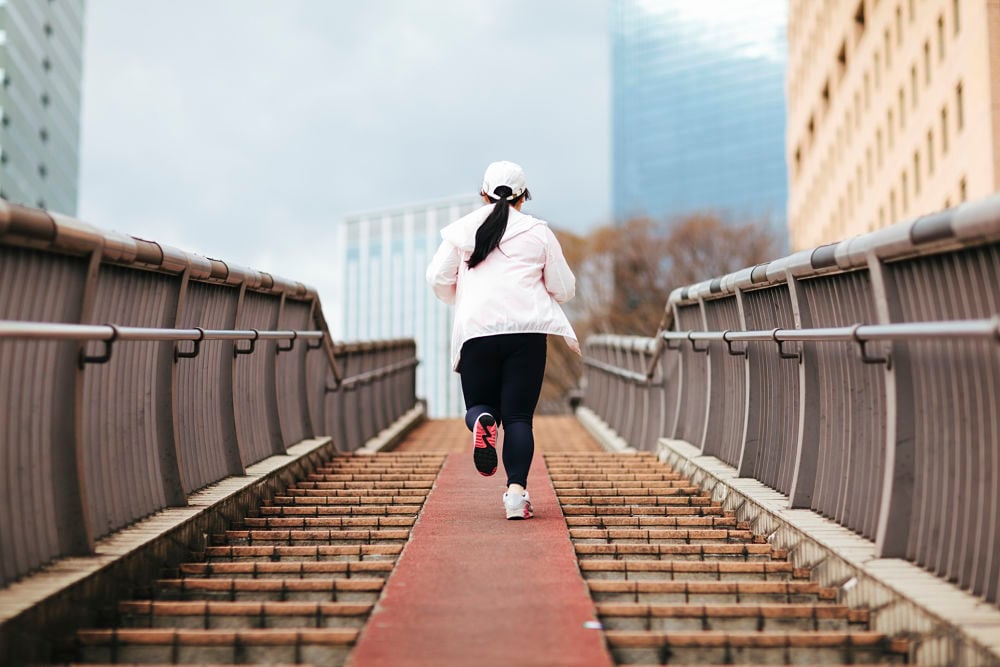 For decades, the major draw of dieting has been the promise of quick, easy weight loss. But if it's more of a sprint than a marathon, weight loss can plateau after a relatively short period of time. Ultimately, this diet weight loss plateau is caused by an evolutionary strategy encoded in our bodies to prevent starvation. Here’s the science behind that innate response and how you can hack it to maintain the weight loss you’re seeking.

When we eat a restricted diet, we enter a caloric deficit. That is, the amount of energy we eat isn’t enough to sustain our bodily processes. To plug this gap, our bodies turn to the various energy stores we've built up over time. The first to go? Glycogen, a storage form of carbohydrates found in the muscles and liver. Interestingly, though, glycogen is stored entangled with a lot of water—much more than the weight of the glycogen itself.


So when our glycogen stores are exhausted, they take their heavy water with them. That’s why people refer to the quick, initial few pounds that come off on a diet as “water weight.”[1] And when all of our glycogen stores are gone, any remaining weight loss needs to come from our other energy stores around the body, namely fat and muscle. If you’re trying to lose weight, you probably want to lose fat—but doing so will take much longer than burning glycogen. This slow, steady process can often look like a weight loss plateau in contrast to the first few pounds.

Our metabolism slows down to avoid burning too many calories

When we’re not eating enough calories, our bodies naturally burn less to compensate. This happens in a few different ways. First, our metabolism will start to move in slow-motion. Signals throughout our bodies tell our sympathetic nervous system (the “fight or flight” response) to slow down and prevent thyroid hormone from being produced, both of which conserve calories.[1]


Physical activity is a major way we can burn excess calories. But if we’re not eating enough, our bodies know how to make exercise less appealing. A natural response to inadequate calories is a feeling of fatigue and weakness—both of which encourage rest and the conservation of energy.[1]

So the body isn’t expending as many calories anymore. What happens now? Well, weight loss is all a numbers game: if energy in (the calories we eat) is less than energy out (the calories we burn), we’ll lose weight. But as we progressively burn less and less calories (as outlined above), the difference between energy in and out will start to narrow, resulting in a weight loss plateau. 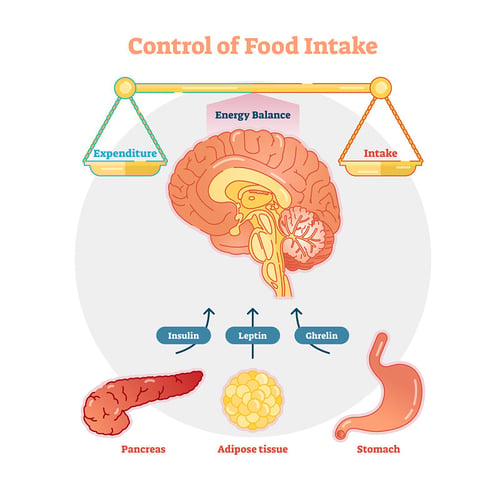 We’re averse to the taste of spoiled food. We’re naturally scared of animals that are poisonous. Human evolution has a funny way of figuring out how to steer people in the direction of survival. Hunger is no different.


If we’re not eating enough, we get hungry because we need food to stay alive. So it shouldn’t be surprising that, as we eat less food than usual for days or weeks at a time, we get intensely hungry thanks to a hormone called ghrelin, which comes from the stomach. In fact, this is often the first response to diets—before any weight loss happens at all.[2]

Body fat, also known as adipose tissue, is also critical for the signaling of a hormone called leptin, which tells the body that it’s nice and fed. But as we burn body fat, the leptin signal gets progressively weaker, which can ultimately lead to an increase in appetite.

This response is largely to blame for any rapid weight gain after the initial loss. The recovery period after a long-term caloric deficit is known as “refeeding,” during which the body ramps up its hunger responses to make up for lost time. This can cause us to gain some weight back, and even overshoot our pre-diet bodyweight.[3]

Muscle stops burning as many calories as it used to

As mentioned above, if we’re in too deep a caloric deficit, our bodies will do whatever it takes to maintain critical processes like those in our vital organs. A not-so-vital organ? Muscle. So, unfortunately, even if you work hard to maintain your gains, a long-term, steep caloric deficit could eat away at them. This is even more likely in lean people; those with more body fat will burn more body fat for energy, whereas those with less body fat will resort to other energy stores like muscle.[1]


So how does this contribute to a weight loss plateau? Muscle, also known as fat-free mass, is notorious for its energy-burning potential.* So, as our bodies break down muscles, our calorie-burning capacity starts to drop. Furthermore, a caloric deficit makes it hard for our bodies to build muscle back up again. Muscle building, an anabolic process, relies on insulin. Low food intake can limit insulin secretion—along with anabolic processes all throughout the body.

*This is quite the opposite of fat mass, which is hardly metabolically active and is mostly just along for the ride. 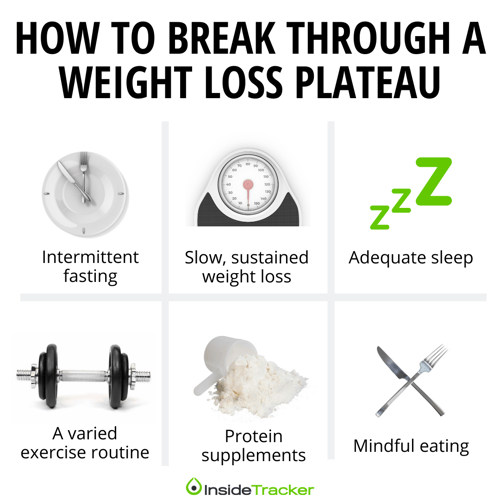 Ways to get out of your weight loss plateau

A summary of the science behind a weight loss plateau

When Counting Macros, It’s ’Quality Over Quantity' for Weight Loss