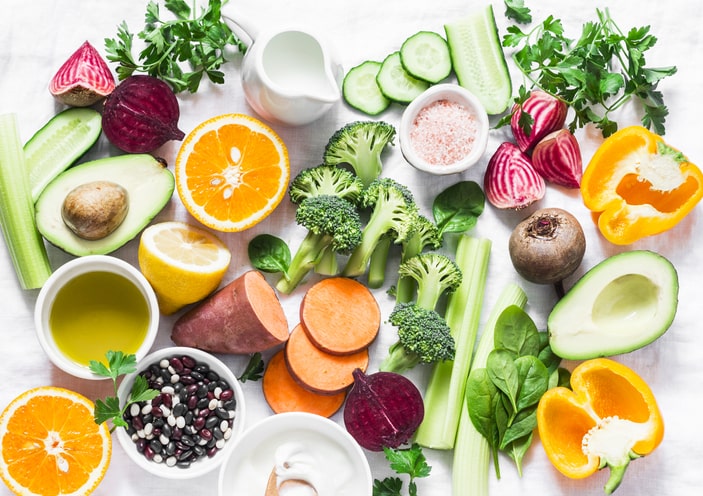 Antioxidants—we’ve heard the term over and over in the health and longevity spheres, but what are they, where can we find them, and why are they so important? Several of our food and supplement recommendations are geared towards increasing your intake of antioxidants; particularly vitamins A, C, and E. The benefits of wine and dark chocolate are also buoyed by their antioxidant content. For this blog, we’ll focus on two antioxidants in particular, vitamins C and E.

First the science, then we’ll use a real life example to simplify the concept

By definition, an antioxidant is a compound that stops the oxidation of another compound. Oxidation is a naturally occurring, chemical process that causes the loss of electrons. A compound that has been oxidized is called a free radical. It is very reactive—meaning that it wants to connect to another compound as quickly as possible.

Some free radicals are produced from essential processes for survival, like ones from the metabolism of oxygen called reactive oxidative species. Others are produced as part of a plan in chemical reactions, where the next step of the reaction quickly converts the free radical to something else. Still, others may be produced from breaking down harmful environmental factors, such as ingredients in cigarettes. Free radicals that don’t have a scripted next step are the ones that are most damaging to our bodies. Here’s where antioxidants come in. They can either immediately neutralize free radicals, or they can interfere with the free radical’s path of destruction and prevent or reduce the amount of damage.1

Now the metaphor: let’s use a road race junkie to explain it

We’ll call our road race junkie Fred. Fred loves having a race on his calendar. He loves having a goal to train for and the feeling of accomplishment when he finishes a race. But, once the afterglow of the race fades, if Fred doesn’t have another race on the calendar, he feels lost. Fred is in his “free radical state." To feel whole again Fred quickly signs up for another race. The race he picks might not be the best decision, maybe it’s too expensive or maybe he won’t be able to train enough, but he isn’t thinking about consequences—and it ultimately ends badly for him. Fred needed an antioxidant in his free radical state, a supportive partner or friend to help him think rationally and steer him in a better direction—someone like vitamin C.

Vitamin C, or ascorbic acid, is a water-soluble vitamin that cannot be stored in the body, so humans need to consume adequate amounts of vitamin C each day. Excess vitamin C in our system is excreted each day. Interestingly, most animals can make their own vitamin C with the exception humans, some monkeys, guinea pigs, bats, and some fish. Deficiency in vitamin C is very rare in the U.S. but it can lead to the development of scurvy.

Vitamin C is primarily in fruits and vegetables—some of the best sources are citrus, bell peppers, dark leafy greens, kiwi, broccoli and strawberries. One serving of any of these foods will meet your vitamin C daily requirement for the day, which is 75-90mg for adults. Vitamin C is also commonly found in multivitamins and processed foods. Because vitamin C is water-soluble, it is rare to have health complications due to high intakes; however, the upper limit for vitamin C is 2000mg for adults.

Vitamin C is considered an antioxidant due to its reducing properties, which allow it to essentially eliminate the threat of free radicals, namely reactive oxygen species. Reactive oxygen species are produced from the conversion of food to energy, among other things. Our bodies’ are naturally equipped to combat this production of free radicals, but if the body becomes overly stressed, the levels of these free radicals can significantly increase, termed oxidative stress, and result in cell damage. Research has shown that vitamin C can significantly lower a key marker of oxidative stress, F2- isoprostanes, which is closely associated with C-reactive protein (CRP), measured by InsideTracker.2

In a study conducted on healthy individuals, supplementation with 1000mg of vitamin C per day for two months reduced levels of CRP by 25% in individuals with levels above 1.0 mg/L.2 A CRP level greater than 1.0 mg/L signifies an elevated risk of cardiovascular disease and, at times, is used to assess treatment of cardiovascular disease when other symptoms are present, such as high blood pressure and high LDL cholesterol.

It is possible to eat 1000mg of vitamin C daily. Individuals that eat roughly 8-10 servings of fruits and vegetables, such as vegans and vegetarians, can reach 1000mg. Omnivores that make a concerted effort to eat plant foods can get there, too. One study found that any combination of foods and supplement resulting in higher vitamin C intake was inversely related with elevated levels of CRP. If supplements aren’t your thing, you can eat more produce. If eating 8-10 servings of fruits and vegetables a day won’t work, take a supplement to supplement your intake.3

Vitamin E is another antioxidant, and is a fat-soluble vitamin. It’s a family of 8 different compounds—the most potent of which is α-tocopherol. It is found in both natural and synthetic forms, of which the body more readily absorbs natural forms than synthetic. The daily requirement of vitamin E is 15mg (22IU) for adults. Since it is a fat-soluble vitamin, the best sources of vitamin E are foods high in fat, such as oils and nuts.

The best source of vitamin E is wheat germ oil, with roughly 20mg (30IU) of α-tocopherol per tablespoon. A serving of sunflower seeds, almonds, sunflower oil, and safflower oil follow behind at roughly 6mg (9IU) α-tocopherol. Americans get the majority of their vitamin E from soybean, canola, and corn oils used in processed foods. Individuals that follow low-fat diets are likely not consuming adequate amounts vitamin E.

Vitamin E is a prominent antioxidant in the fatty, or lipid, compounds of our body, such as cell membranes and cholesterol-transporting lipoproteins. It is one of the most critical antioxidants for reducing or preventing oxidation in lipids, which can lead to their degradation—particularly in cell membranes, the outer wall of cells. Similar to vitamin C, vitamin E helps to manage the bodies’ level of oxidative stress. If the level of oxidative stress gets too high, we may not be able to prevent or protect against cell damage. 1 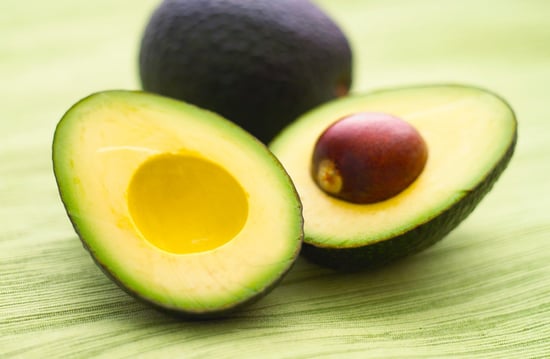 One area in which vitamin E may be able to prevent cellular damage is in the liver. Oxidative stress in the liver can result in liver damage, which elevates the level of two liver enzymes, ALT and AST. Oxidative stress in the liver could potentially be caused by various factors, including high alcohol intake, or high intake of fatty foods and excess calories. A high dose vitamin E supplement has been shown to reduce clinically elevated levels of ALT and AST compared to placebo.4 Additional dietary and lifestyle adjustments can further reduce their levels. While supplementing is not appropriate for everyone, achieving an adequate amount of vitamin E through diet should be a priority.

Should you be focusing on more antioxidants?

Another antioxidant that we encourage through food, but not supplement, is vitamin A, particularly beta-carotene. Like vitamin E, beta-carotene is fat-soluble and protects our lipid membranes. Orange- and red-hued fruits, vegetables, and dark leafy greens are the best source of vitamin A. And this probably isn’t surprising, but these foods are good for multiple biomarkers that we test at InsideTracker. Our mission is to encourage a well-balanced diet, with specific emphasis on key nutrients and help from supplements when needed. You may even be encouraged to enjoy more red wine and dark chocolate. See what nutrients you should be focusing on and how antioxidants can improve your biomarkers.