How Inflammation is Affecting Your InnerAge: The Key Burning Questions

Of the five biomarkers we showcase in our recently released InnerAge, we get the most questions about C-Reactive Protein (CRP). While it is poorly understood by the general public, healthcare professionals, and fitness trainers, this little protein produced by the liver is an extremely important indicator of health and wellness. Read below to learn why it is crucial to monitor your CRP and modify your lifestyle and nutrition in order to maximize your fitness and prevent the onset of aging. 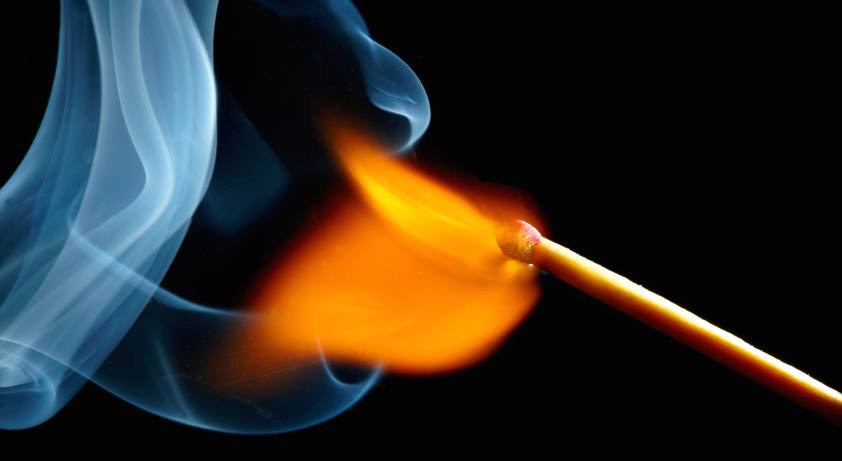 What Does CRP Show in the Body?

CRP is a protein produced by the liver, immune system cells, and fat cells called adipocytes. It is released into the bloodstream within a few hours after inflammation resulting from tissue injury or infection by a foreign pathogen. It is a crucial component of the immune system, a set of white blood cells and proteins that plays an important role in warding off infection by disease-causing agents called pathogens.

Everyone produces CRP, but in varying amounts depending on factors including genetics and behavioral choices. On average, individuals who smoke, have high blood pressure, have high body fat percentage, have experienced severe mental trauma (such as military personnel or sexual assault victims), and fail to exercise tend to have elevated levels of CRP. In contrast, thinner, athletic individuals who get adequate amounts of rest tend to have lower levels. Nonetheless, almost half of the variation in CRP levels between different people is based off of genetic pre-disposition- lending more credence as to why it is important to get tested to precisely determine your CRP levels.

Why is it a Risk Factor?

InsideTracker included CRP in its InnerAge panel -- along with more well-known biomarkers such as glucose and Vitamin D -- because of compelling research associating it with the development of detrimental health conditions. Over two dozen major research studies demonstrate that baseline levels of CRP in apparently healthy men and women are highly predictive of future risk of cardiovascular ailments including heart attack, diabetes, stroke, sudden cardiac death, and the development of peripheral arterial disease [1].

Is also well-known that CRP levels predict repeat coronary events among patients who already suffer from heart disease and that the outcome of patients immediately after a heart attack is tightly linked to CRP levels. Ultimately, individuals with non-optimal levels of CRP have a risk about 2 to 3 times higher than the risk of those with low, optimal levels [2].

These findings suggest that inflammation precedes depression at least with regard to the cognitive symptoms of depression. While this study did not assess the specific pathway or mechanism through which this occurs, it nonetheless provides strong evidence of an association between high CRP and depression.

Because of its highly predictive nature, the most important use of measuring CRP is in preventing the onset of cardiovascular diseases and mental illnesses. That means that getting a blood test using InsideTracker can be used to detect risk among individuals not yet known to have a problem. InsideTracker performs a high-sensitivity C-reactive protein (hs-CRP) test in its InnerAge and Ultimate Panel, which is more sensitive than a standard test at your physician’s office, and thus provides clearer information as to how CRP is affecting your health.

Who’s at Risk for High CRP?

Because CRP is commonly produced by fat cells, people with high body fat percentage are at risk for elevated CRP. Additionally, elevated CRP, like many of the conditions it is associated with, is linked to genetic predisposition. However, research is not consistent as to which populations are more likely to experience elevated CRP.

An often overlooked population that suffers from high CRP are athletes and members of the military. Recall that high CRP indicates stress and inflammation within the body often resulting from the breakdown of tissues.  Recently, compelling research has indicated that overtraining leads to elevated CRP. In a 2006 study, scientist recruited 17 recreationally trained men to participate in a 12-week resistance training regimen consisting of 8 resistance multi-joint exercises and 4 training periods. Researchers observed significantly higher levels of CRP increased by 300% after the second training period and by 400% after the third training period compared with the baseline [4].

How to Get Your CRP in the Right Direction

As previously examined, abundant research supports the notion that high levels of CRP are associated with the development of a variety of negative health conditions. The only way to make long-lasting changes is to know where your current CRP levels are is to use a blood testing service such as InsideTracker. That being said, there are valuable lifestyle interventions that can be utilized to lower elevated levels of CRP. Below we outline the basic research behind three of our recommendations to decrease levels of CRP.

Get Your Minutes In

One of the most effective methods in reducing levels of CRP is to regularly perform exercise. In a meta-analysis of 23 studies involving 1,466 patients with coronary artery disease, exercise interventions reduced CRP levels. These exercise prescriptions ranged from 20-80 minutes per session (mean 41.5 minutes) and 2-7 sessions per week (for a mean of 3.9 sessions). They always included aerobic exercise and several included anaerobic exercise as well.

After observing the data, exercise training was associated with reduced inflammatory activity in patients with the greatest reduction in levels of C-reactive protein. This decline was more pronounced in patients with higher baseline CRP and high lipid profiles [5]. It is important to emphasize that this meta-analysis used a population who already had coronary artery disease. Additionally, too much exercise without proper recovery can lead to deterioration of body tissues and ultimately lead to increased inflammation and high-CRP. 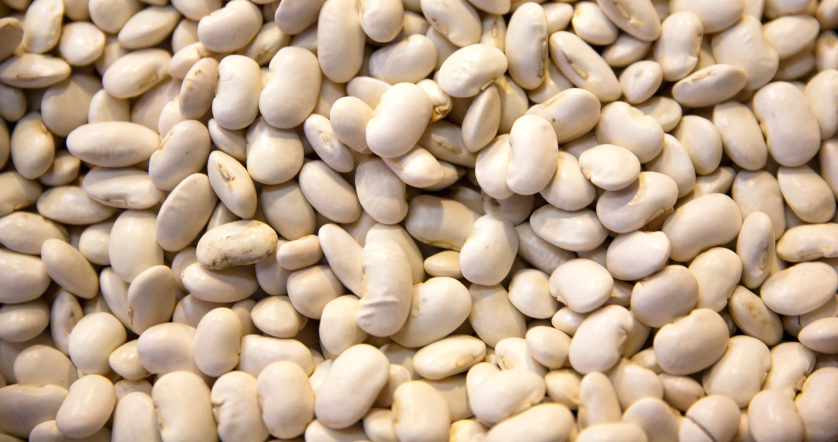 Consuming adequate amounts of fiber may reduce levels of CRP in your body. In a 2006 analysis, researchers examined data from a previous cross-sectional study of 524 human subjects of varying body weight and age over a span of 4 years. The average dietary fiber intake of these subjects was 16.11 grams per day and average serum CRP was 1.78 mg/L. Researchers observed that the likelihood of elevated CRP concentrations was 63% lower amongst the participants in the highest quartile of fiber intake compared to participants in the lowest quartile [6].

The researchers surmised that fiber may decrease lipid oxidation and ultimately decrease inflammation. While fiber consumption was not independently associated with fiber, because of their findings, the researchers concluded that “our results suggest that dietary fiber is protective against high CRP” [6]. 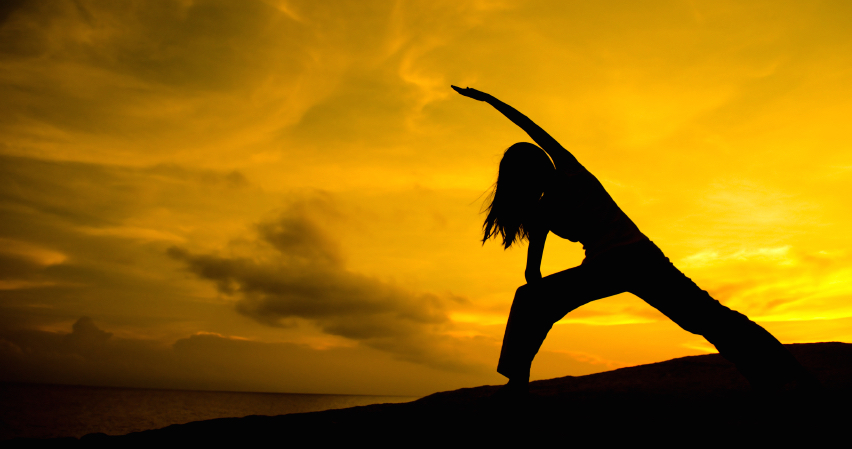 Regenerative medicine practices such as yoga can be utilized to decrease high levels of CRP. To assess the impact of practicing yoga on CRP levels, researchers recruited a total of 50 healthy women (mean age, 41.32 years; range, 30-65 years), 25 novices and 25 experts, and had them engage in various yoga movements during three separate visits in a two week research study [7]. The researchers monitored their CRP levels before, during, and after the yoga sessions as well as during two control conditions in which the subjects were not participating in yoga.

On one hand, researchers observed no overall differences in inflammatory or endocrine responses resulting directly from the yoga session between the novice and expert group. However, they also noted that detectable C-reactive protein (CRP) was 4.75 times higher for the novice group than that of the expert group even though the two groups had no noticeable differences in age, abdominal adiposity, and cardiorespiratory fitness- factors that often impact CRP levels.

While more conclusive intervention research needs to be done to assess the direct impact of yoga on levels of CRP, these findings suggest that regularly practicing yoga had a strong association with lower levels of inflammation as indicated by lower levels of CRP controlled for key demographic factors.

Connecting CRP with Your InnerAge 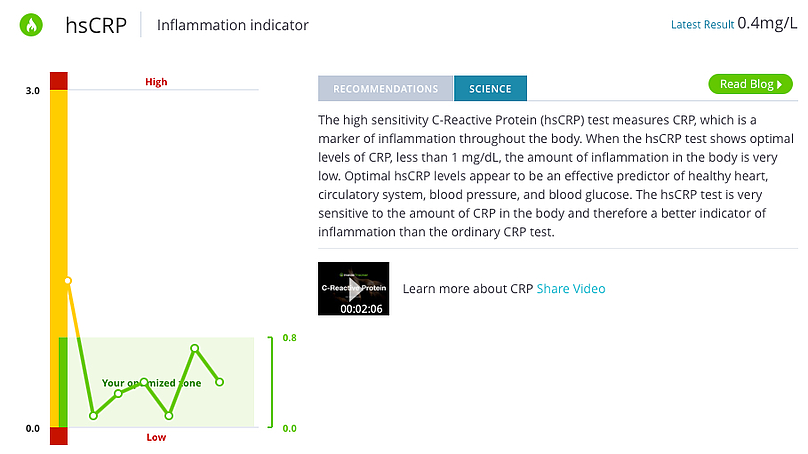 In this article we briefly touched upon why InsideTracker decided to include CRP in its InnerAge and Ultimate panel, who might be predisposed to high levels, and outlined three select methods on how you can lower your levels of CRP. In order to take ownership of your health, it is critical to know where your biomarkers are and make the best interventions to optimize them. To learn about your CRP (along with 29 biomarkers) and which methods are most useful for your specific biochemistry, click below to determine your InnerAge.

[6] Liu, Simin, et al. "Relation between a diet with a high glycemic load and plasma concentrations of high-sensitivity C-reactive protein in middle-aged women." The American journal of clinical nutrition 75.3 (2002): 492-498.