Cleansing and Detox Diets: New Ideas on a Popular Trend

Even though the surge in health-consciousness from New Year’s resolutions is waning, the use of cleansing and detox practices are back with more vigor than ever before. Millions of dollars each year pour into attempts to rid the body of “toxins," substances supposedly causing all of our health problems -- those ranging from daily fatigue to deadly diseases such as cancer.

Most practitioners of cleansing or detox diets use fasting and special liquids to accelerate the removal of toxins from the body, believing that a quick fix can remedy our health problems. In this blog post, we will get to the truth of what cleansing can really do from a scientific perspective and share how using InsideTracker can guide you to optimize your own health.

What is Detox Really – Normal vs. Toxic Substances

Detoxification -- often shortened as “detox” -- certainly sounds sexy and helpful. But what does it actually mean in the context of human biology? Detoxification refers to the processes in the body involved with cleaning the blood of toxins found in the human diet. These “toxins” include a wide variety of substances commonly found in foods, drugs, and dietary supplements such as antibiotics, preservatives, pesticides, and flavor enhancers. According to detoxification theory, if these build up to high levels in the body they can manifest as a variety of symptoms including the following:

The accumulation of these toxins, the logic of detox fans goes, can also lead to diseases; and so the goal for detox diets, cleanses, and fasts is to eliminate the toxins through a short period of restriction. The practices advocated in detox diets, such as fasts and cleanses, are not conclusively supported by the research [1]. However, some credible research studies support principles advocated in detox diets such as curbing poor eating habits.

What Can You Expect from a Cleanse? 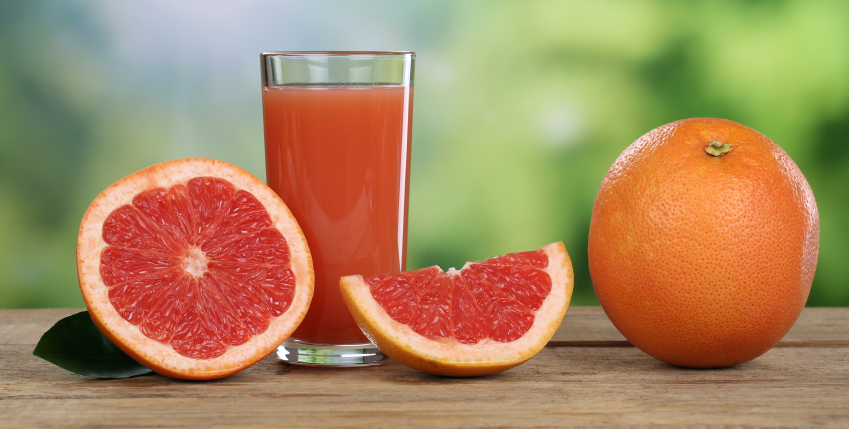 The body naturally removes impurities from the blood, primarily through the liver, where toxins are processed for elimination. Thus, the liver serves as the body’s primary detoxifying agent. The body also eliminates toxins through the kidneys, intestines, lungs, lymph and skin. The goal of detoxification dietary plans is to limit the consumption of these “toxins” and increase the consumption of foods that “clean” the body, thereby effectively cleansing toxins from the body.

Many detox practitioners advocate extreme practices such as fasting and drinking excessive quantities of fruit- and vegetable-based juices for a “quick fix". The claim that a few days or a few weeks of drinking this juice or not eating specific foods will cleanse our body is lofty to say the least, and has minimal support from scientific literature [2]. It is, in fact, the case that we live in environments which contain pollution and harmful substances, both natural and manmade, but our bodies are equipped to handle dangerous and potentially harmful compounds.

A smarter perspective may be to focus instead on measuring and understanding the big picture of health. It is wise and as a general rule always sensible to accept that anything in excess, including substances we normally think of as beneficial, can be toxic to the body. A simple illustration can be that consuming excessively large amounts of water will undoubtedly throw off the all important electrolyte balance, resulting in what is called hyponatremia;  a disorder that kills hundreds of people each year. On the other side of the coin, small amounts of the metallic element iron found in the body are not only normal but beneficial and important to oxygen transport; but when levels rise beyond a certain threshold it can have harmful effects on our body. Both of these examples show that toxicity is a continuum and very much dose related.

Let's further explore this concept of dose...in other words, measuring what is in your body.

Why Testing your Liver is Smarter than Testing for Toxins

Because the body is filled with thousands of chemicals, pinpointing each one of them is nearly impossible. A wiser choice in understanding how “toxic” our inside may be, is to directly assess the liver -- the key organ that is responsible for detoxification. InsideTracker examines liver health by examining three liver enzymes involved with detoxification: GGT, ALT, and AST. Each enzyme is purposeful and its concentration in the body provides insight into our health status; but the power of testing them as a group as we do in our Ultimate Plan, and in the context of a meaningful number of other biomarkers, truly can help paint a detailed picture and status of our wellness. 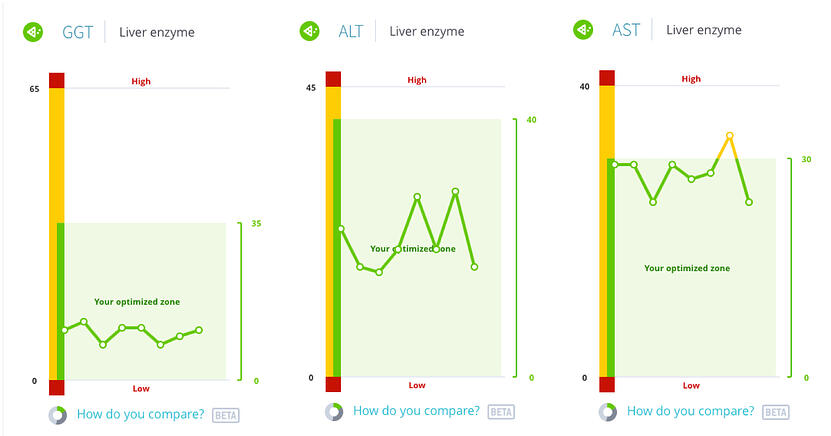 When these enzymes score in the optimized green zones as shown above, it indicates that the body most likely does not have harmful levels of well-known toxins. Instead, common health issues such as weight-loss and fatigue are more likely a result of modifiable nutrition and lifestyle habits. A large majority of our users at InsideTracker show optimized levels of these enzymes, illustrating that the probability of identifying an issue in that area is relatively low (you don't want to be one of the people in the red zone; but the point is, you do want to find out). That being said, some InsideTracker users, ranging from average grandmothers to professional athletes, suffer from excess toxins due to taking medications longer than they were intended for or consuming too much high-mercury fish such as swordfish.

Lack of Optimization: Are you Deficient or is it a Case of too much of a Good Thing? 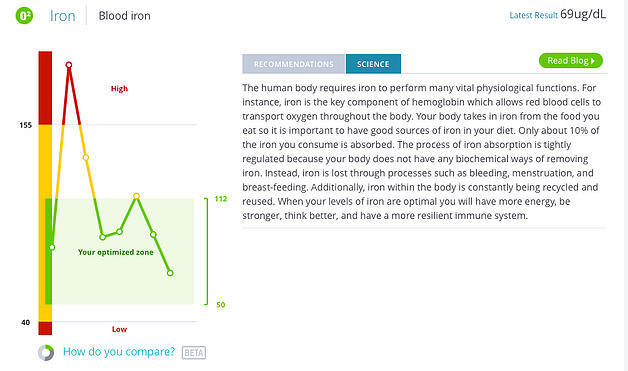 In modern society where healthy moderation is elusive to many, just having an optimal amount of nutrients in the body is a challenge. However, it is certainly necessary. As we mentioned above, too much iron is unhealthy for the body, but too little renders even the most energetic of people in a state of fatigue.

Changes in health are readily apparent in our biomarkers. A sudden and significant weight gain will eventually show up on biomarkers such as glucose, an indicator of our ability to manage blood sugar. Conversely, having too strict of a fad diet such as a detox cleanse may leave you deficient in several essential nutrients, an unpleasant reminder that restriction has its pitfalls. Blood testing is about finding the perfect balance for you and ultimately preventing the onset of disease.

Cleansing and Detox Dieting: a Nutritional Phase or the First Step to Change? 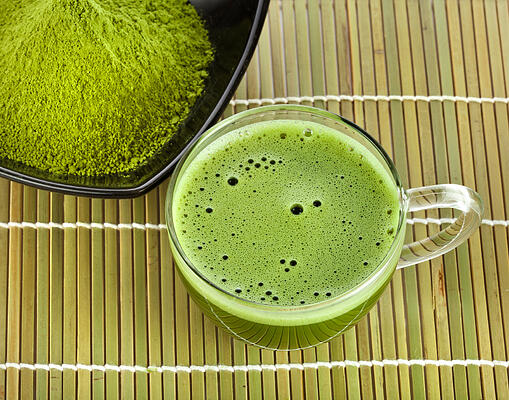 The benefits of detox diets and cleanses are probably not a result of consuming grapefruit juice or that special herbal tea; they are most likely a result of what you are not consuming. A cleanse can be effective because it eliminates many foods from our diet that are harmful in the short-term. However, while we have a general idea of what is healthy and unhealthy, many of us don’t know what is desirable, optimal, or ideal for our body, especially in a world of seductive marketing often at odds with solid science.

While far from perfect, a limited calorie diet with healthy fruits and vegetables, in liquid or solid form, may be an effective strategy to remove what is not healthy. One can argue that cleansing and detox approaches are more about habit forming and removing junk food out of our diets rather than toxin elimination. While the impetus behind the drive to drastically move towards eliminating bad nutritional habits is a good thing, the execution of that change is important for lasting results. Most fasts, detox diets, or cleanses are short term. In reality, it is better to focus on enhancing our health in the long-term than to jump on a quick cleanse or detox trend.

In summary, any approach that leads to healthy long-term success is a good one. A fast done correctly can lead to many positive outcomes such as improvements in blood lipids [3]. If a glass of juice or a cup of tea can direct a person away from too much alcohol or unhealthy food options that is certainly a step in the right direction. However, it is important to remember that nutrition is one part of a healthy lifestyle- not the center of it. Other areas in life must be balanced, such as stress management, and it is crucial to find foods and lifestyle adjustments tailored to your internal biochemistry. One size almost never fits all.

Before you implement a change and travel in a direction you think is right for you, we believe it is essential to first assess where you stand now, from the inside -- using objective, calibrated and validated instruments. The best first step in effectively changing your health is to get a clear snapshot of where you are now. Blindly following as-advertised trends in dieting and exercise does not produce optimal health outcomes. So before you look for the special supplements or juices that are supposed to help everyone in mankind, please take a moment to look inside and see what needs to specifically change for you.

[1] Klein, A. V., & Kiat, H. (2014). Detox diets for toxin elimination and weight management: a critical review of the evidence. Journal of Human Nutrition and Dietetics.

How This Nutrition Professional Outsmarted her Diet