The CBC: What It Is and Why You Need It 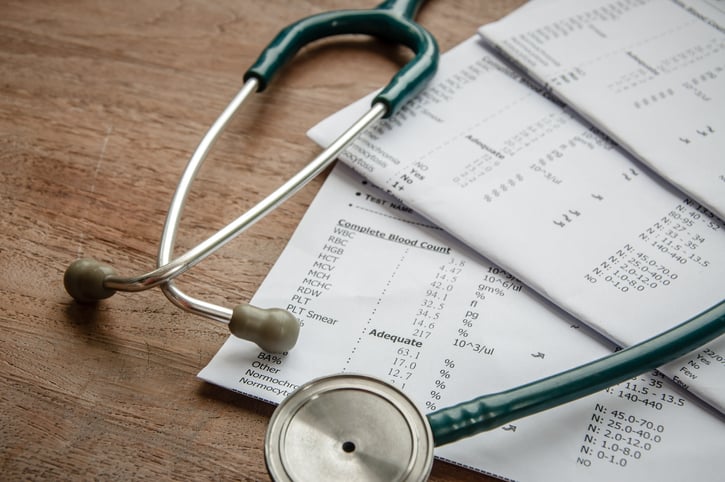 Here at InsideTracker, we love making our products even better than they already are. That's why we're excited to announce the addition of the CBC panel to our Ultimate and DIY panels. The complete blood count, or CBC, is one of the most common doctor-ordered blood panels in the US. While your doctor is most likely to send you to the lab for a CBC test when they suspect you may be anemic, have an infection, or a clotting problem1, this test actually measures a set of blood biomarkers that can reveal a lot about your overall health and performance.

If you’re an athlete, you may often focus on the more tangible effects of training to gauge whether you might be pushing yourself a bit too hard. You may notice how sore your muscles get or whether your joints are aching a bit more than usual. But blood itself is a key player in performance both on the field and at the office. The cells carried in the blood supply the necessary oxygen and stave off potential for infections as we crank up the pressure on our bodies through intense training sessions and the daily stresses of life and work. The whole system, too, can get “overtrained” and the most direct way to tell where you stand is to track what’s in your blood over time.

The CBC will do just that because it can indicate the potential for oxygen transport throughout your body, as well as give you a more detailed look at your immune system. With proper baseline values established, the CBC can also help athletes gauge the effects of your training program, and provide you with objective guidance on where your weak points may lie. In managing life and work stresses, the CBC can help you see what changes you might need to make to be successful without undermining your health.

What exactly does the CBC measure?

Below is a list of the CBC markers that are now included in InsideTracker:

All the cells in our blood are produced within the bone marrow from a small population of stem cells, which are a type of special, self-renewing cell. Hematopoiesis refers to the making and development of blood cells, and the bone marrow serves as the major site for this assembly line that ultimately results in what you see on your CBC blood test. Folate and vitamin B12 are both involved in the production of virtually every marker on the CBC. Having both these markers and the cellular components in your test results enables InsideTracker’s evidence-based algorithm to provide you with a more detailed snapshot of your biochemical status and more focused recommendations for optimizing yourself.

Also called erythrocytes, red blood cells (RBCs) are the most numerous type of cell in your blood. In fact, nearly half of the volume of blood is made of these hemoglobin-packed oxygen transporters. The main job of a red blood cell is to pick up oxygen in the lungs, transport it through the body, and deliver it to the tissues. An RBC can do this because it carries hemoglobin, a specialized, iron-containing protein, that saturates itself with oxygen where oxygen is plentiful, such as in the lungs, and releases it where it’s needed most, such as in working muscle. Whether your goal is maximizing your 5K performance or keeping up with the fast pace of today’s world, having enough healthy red blood cells is vitally important. The red blood cell data from the CBC will add depth to your InsideTracker analysis of the Iron Group with the following markers: 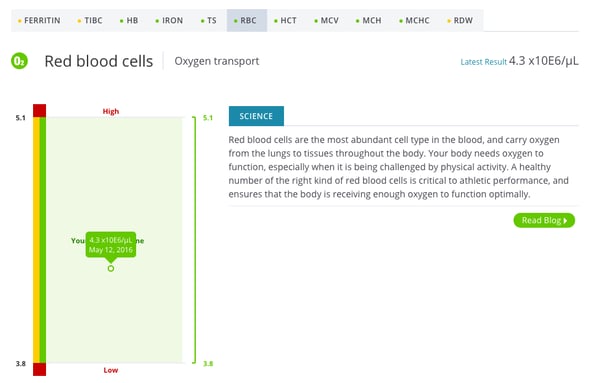 The White Blood Cells (with Differential)

White blood cells (WBC), or leukocytes, comprise about 1% of blood volume and they are responsible for protecting us from infectious or otherwise foreign agents, such as viruses, bacteria, or toxins. When your body detects an intruder or some type of stress, WBC can mobilize and increase (or decrease) in number as part of an inflammatory response. The differential part of the CBC breaks down the WBC number into specific types of these immune system soldiers that can give clues as to what may be causing the inflammation.

Here’s a quick summary of what some of these different types of white blood cells do and what readings outside of the optimal zone may mean for you.

Platelets, or thrombocytes, are involved in the formation of blood clots and can assist neutrophils and lymphocytes in the inflammatory response.2 When platelets are activated and aggregate, their size as measured on the CBC may also increase, and this can sometimes increase the risk for cardiovascular problems, so it is important to keep the platelet count and MPV within your optimal range. 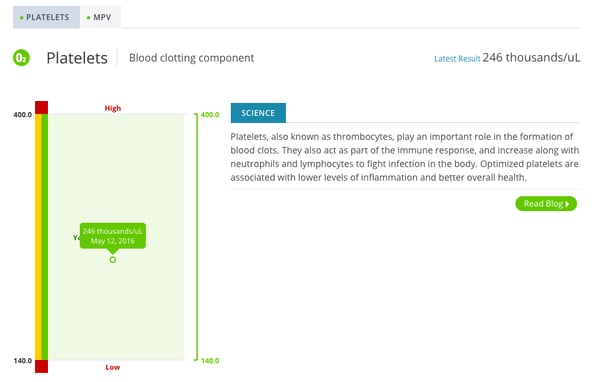 How does the CBC fit into InsideTracker tests?

After carefully considering a large body of relevant peer-reviewed scientific research, we decided that the best way to incorporate the CBC into InsideTracker was to group the red blood cells and indices with the iron-related biomarkers and to create an Inflammation Group with the white blood cell counts and all the types of white blood cells. In this way, we’ve enriched each of these groups with layers of information that adds context to the rest of the biomarkers within the group. 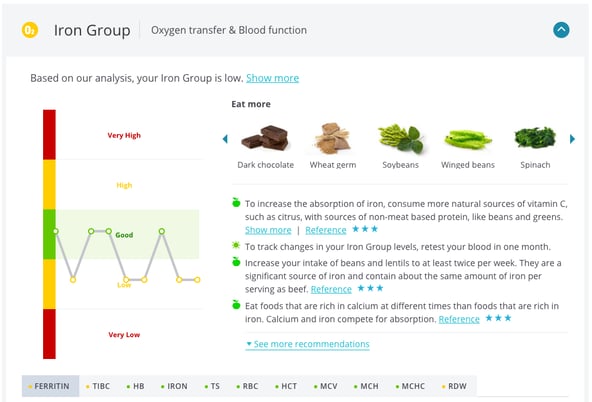 These are just a few examples of how the CBC markers help InsideTracker give you a more comprehensive view of your overall health, immune status, and iron status. With the addition of the CBC, InsideTracker has become even more personalized and information-rich than ever before!

[8] Johnson-Wimbley TD1, Graham DY. Diagnosis and management of iron deficiency anemia in the 21st century. Therapeutic Advances in Gastroenterology. 2011 May; 4(3): 177–184