Though genetics certainly play a role, recent research shows that modifiable lifestyle factors like diet and exercise can actually influence someone's risk of developing age-related cognitive diseases like Parkinson's disease, Alzheimer's disease, and other forms of dementia. In recent years, investigators have explored the role of the gut microbiome in the connection between lifestyle and disease risk. Emerging evidence shows that dementia patients have significantly higher pro-inflammatory and lower anti-inflammatory strains of bacteria in their gut. Here is a current high-level summary of the connection between gut health and dementia risk.

The gut-brain axis: The gut can influence brain activity

Research shows that, despite their relative distance, the gut and brain communicate in vitally important ways. You may be familiar with the impact the brain can have on the gut—like when your stomach growls upon seeing a delicious-looking dish. Long-standing evidence shows that merely a discussion about delicious food (without it even being present) can significantly increase the production of gastric acid and the enzyme gastrin.[1]

But the relationship is actually a two-way street. The gut contains trillions of live microbes that aid in the digestion of the foods and nutrients we consume. And just like human digestion, the microbes’ digestive process results in various byproducts—some of which enter the bloodstream and travel around the body, even reaching the brain. In fact, about 90% of serotonin, a neurotransmitter recognized for its effects in the brain, is actually produced by gut bacteria. Research shows that the blood concentration of this neurotransmitter is also regulated by these bacteria.[2] And since serotonin levels influence attributes like overall wellness and happiness, mood balance, anxiety levels, and even sleep, a healthy gut can have important implications on mental health. If you're interested in the topic, this blog details the connection even further.

The gut-brain axis, therefore, refers to the bidirectional communications between the central and enteric (intestinal) nervous systems, linking emotional and cognitive centers of the brain with intestinal functions.[3] 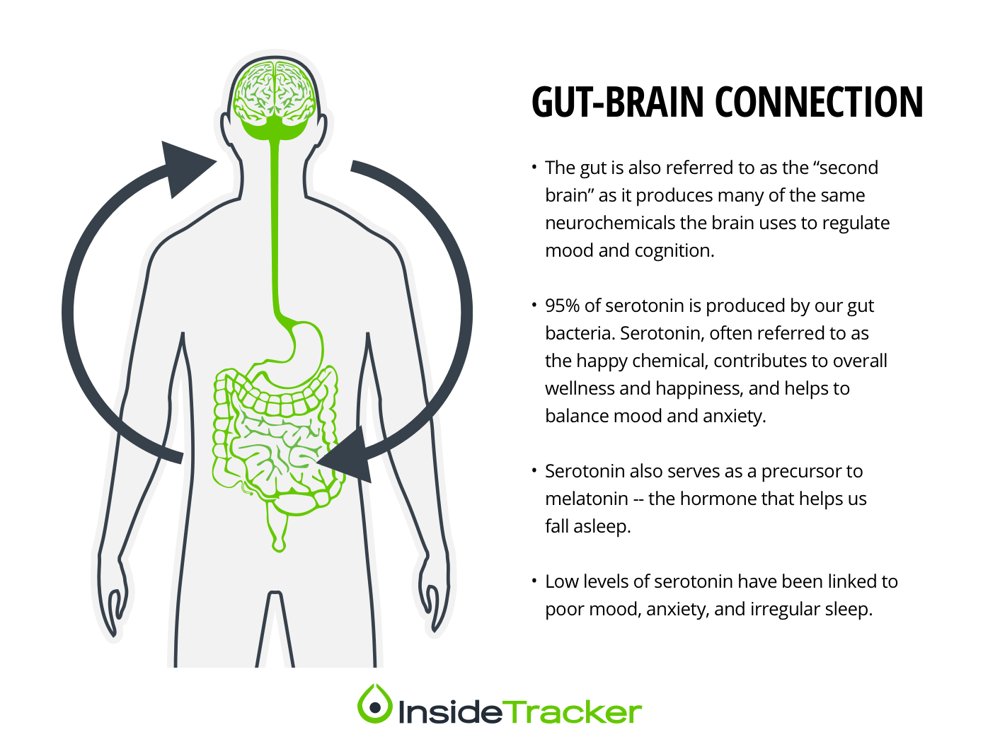 Microbiome composition appears to be imbalanced in dementia patients

This association between the gut and the brain goes beyond mood, sleep, and other short-term impacts, though. In fact, research shows that the gut microbiome may influence one of the keystone factors of aging: cognitive decline. Some age-related cognitive decline (AKA Mild Cognitive Impairment or MCI) is broadly normal. But dementia, like Alzheimer’s disease, Parkinson’s disease, and frontotemporal degeneration, is more severe and interferes with a person’s ability to carry out common tasks.

Interestingly, the gut microbiome composition of people with dementia appears to be categorically different from healthy subjects. One 2015 study found that subjects with a relatively lower abundance of the strain Prevotellaceae had a higher risk of Parkinson’s disease.[4,5] Another study from the same researchers found that a different strain, Enterobacteriaceae, was positively associated with the severity of certain Parkinson’s symptoms.[4,5] A separate Japanese study from 2019 found that patients with dementia had a significantly lower prevalence of Bacteroides than those without dementia.[6] Patients with dementia also have observed reductions in microbiome diversity overall.[7] The differences observed in the guts of dementia patients suggest that the presence of certain gut microbes may be associated with the development of cognitive diseases via the gut-brain axis.

So what do we know about the impact of this difference in microbiome composition on dementia risk? Though the body of evidence is still young, current research suggests that this relationship may actually be a causal one, in part due to increased inflammation. Inflammation has long been implicated in the development of Alzheimer’s disease specifically, as a 1994 study found activated inflammatory cells and proteins surrounded amyloid plaques—abnormalities among nerve cells in the brain thought to play a central role in Alzheimer’s.[5,8] Therefore, identifying sources of inflammation is thought to be critical for preventing and combatting the development of dementia like Alzheimer’s disease.

Inflammation is tightly linked to the microbiome. In general, the immune system regulates inflammation as around 70% of the white blood cells (immune cells) found in the body are housed in the gut. These immune cells interact with gut bacteria, and while some types of bacteria in the gut are beneficial for overall health and immune health, other types have been found to be inflammatory. And current findings show that an increase in inflammation from the gut leads to the increased presence of amyloid plaques in the brain. The general reduction of anti-inflammatory bacterial strains in the gut of dementia patients is also thought to contribute to their development. 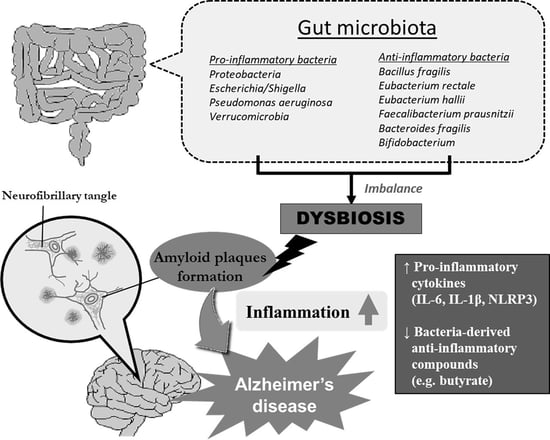 Figure 1: The dysbiosis of the gut microbiota plays a significant role in the development of AD.

This theory aligns with existing knowledge that many other lifestyle factors observed to increase the risk of cognitive decline or dementia do so through inflammatory pathways. Inflammatory diseases like hypertension and diabetes, as well as inflammation-inducing habits like smoking, are associated with an increased risk of dementia.[10]

How to improve gut health and reduce dementia risk

While dementia has genetic components that can’t be avoided, steps can be taken to stave off its development. As with many metabolic diseases, dementia risk appears to decrease with increased physical activity and in those who follow a Mediterranean diet.[10] There is also evidence that cognitive training (like by playing brain games) can also help prevent cognitive decline.[10] Certain biomarkers are also associated with cognitive function—you can read about them here.

Of course, due to the apparent connection between gut health and dementia risks, improving gut health is an important target for mitigating dementia risk. Check out our comprehensive review of the habits that affect gut health for recommendations to promote a healthy gut and brain.

Note: InsideTracker biomarker tests do not predict disease outcomes. However, optimizing certain biomarkers may reduce your risk of developing disease. 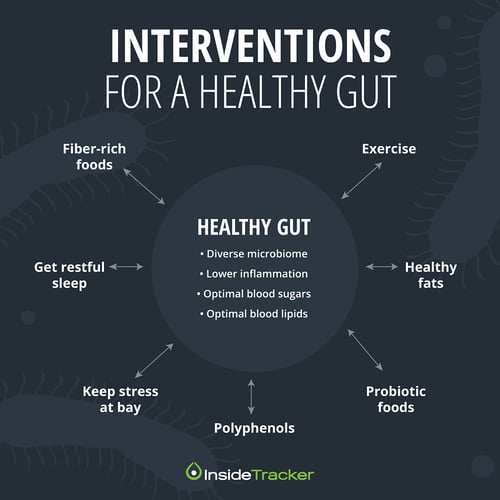