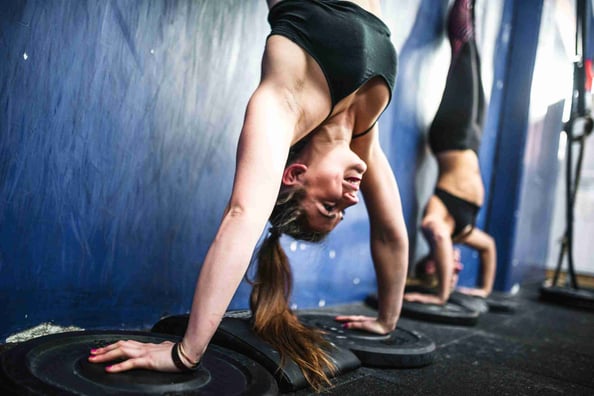 Every February, the “ultimate” job interview is conducted in Indianapolis, Indiana. The best college football players come from across the country to show their skills in the NFL Combine.  The top draft picks have waited their entire lives for this one moment in time to prove they deserve a roster spot—the chance to go pro!

Being the best on one or more particular days is something everyone wants, especially those that compete and dream of a personal best. This article reviews the scientific art of tapering: strategic resting to maximize the hard work of preparation so it manifests with breakthrough performance on game day. Whether you’re prepping for an obstacle race, a CrossFit session, marathon, triathlon or a weekend 5k, you can benefit from tapering your training like the pros.

The foremost expert on tapering is Dr. Inigo Mujika. He recently spoke in Boston to some of the leading sports performance professionals on how to taper for big events more effectively, sharing important insights on what to do and what not to. His popular book, Tapering and Peaking for Optimal Performance, outlines how to make the right adjustments at the end of the season. Peaking is indeed an art because while sport science has researched it heavily, some clever, real world tuning must be made, or a season could be ruined.

To that end, we interviewed one of the most seasoned experts in sports performance, Keenan Robinson of Arizona State University. Keenan is a sports medicine and performance professional working with Michael Phelps and other Olympic champions, now prepping some of the best swimmers in the world for the 2016 Summer Olympics in Rio de Janeiro. What’s Keenan’s take home message?

“When making adjustments for tapering, we must look at the various training stimulus we’ve used throughout the season and their effect on the individual. Consider what has elicited immediate positive results and keep more of that in the daily and weekly training sessions. On the other side of the equation look at those methods and means that have taken longer to respond and recover from, and reduce that gradually. “

The taper in sports is simply “planned rest” before a major competition that elicits a temporary rise in performance. Rest too much, too early, and the reduction in volume can cause some athletes to lose conditioning and perform poorly. Don’t rest enough, and residual fatigue still lingers and the athlete may miss his or her window. Drop too much intensity, and some athletes become flat and unresponsive. The point is, resting correctly is complicated — that’s why we’ve spoken to some of the coaches we’ve worked with to get the best advice.

Dance with the date you brought to the party

Countless stories involve an athlete trying something new or different during the last part of the season to get that final 1% difference. The truth is, research has shown that most well-planned tapering programs can support about a 1-5% improvement, thus removing the need for quick fixes like new shoes or supplements. A smarter idea is to use what is familiar, allowing you to be comfortable both physically and mentally. So many seasons are ruined by experimenting with unknowns such as sports drinks or equipment that might not jive with your stomach or physiology.

You can’t perform if you don’t show up

Two temptations are often the bane of weekend warriors: going too hard later in the season as intensity rises, and not traveling smart.

When athletes start resting, they are often seduced to go harder as they feel better. As the fog of fatigue lifts, many athletes succumb to injury as they fall victim to “speed greed,” doing faster or harder workouts in a vain attempt to get faster at the last minute. The goal of the taper is to be fresher, and that’s why athletes perform faster — not by cramming in too much intensity just before D-Day.

In my last blog, I spoke about jet lag, and how most athletes benefit by getting to the event earlier. Using up one vacation day to travel might be a hard thing, but if you are training for an entire year, it’s wise not to be stingy when it comes to travel time. Adjusting to time zones and getting settled into a rhythm is one thing; making sure flights aren’t delayed or cancelled is another. Make sure you get the event, period. But getting there early is an advantage. 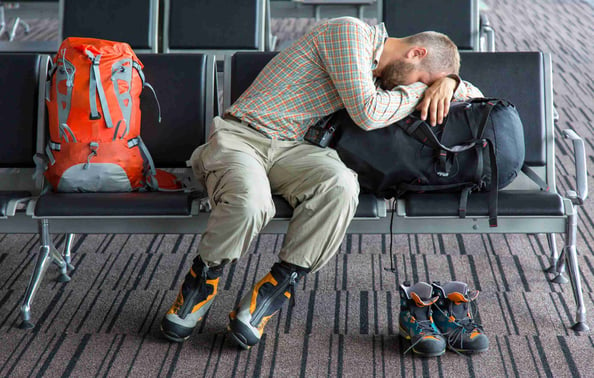 Don’t stress about recovery, but don’t neglect it either

Author and Coach Steve Magness recently wrote a great blog on the need to be sane when it comes to recovery modalities such as massage and nutrition. His experience with athletes has led him to believe that they tend to obsess over training, including the recovery side of the process. Some experts believe too much recovery can actually impair performance by blunting the adaptation process of training — akin to taking megadoses of vitamins and minerals.

Still, recovery is the emphasis in the competitive part of the season and four simple additions can add the finishing touch to a great training and peaking plan. They are:

The human body is a complex machine, but it often helps to keep things simple. One can easily get caught up in all of the science and technology available, but the key point to tapering is that it’s still training, and not much about it is different than the approach to rest of a season. Keenan Robinson leaves us with a wonderfully calming set of wise words: “We always view taper as making adjustments to what we have routinely seen throughout our training season.”

Try out tapering in advance of your next big event and be sure to let us know how it went!

How Can I Improve My Athletic Performance Using Blood Biochemistry?

Cutting Through the Clutter - How InsideTracker Can Help You Optimize Yourself