How To Tackle Amenorrhea: A Common Problem Among Female Athletes 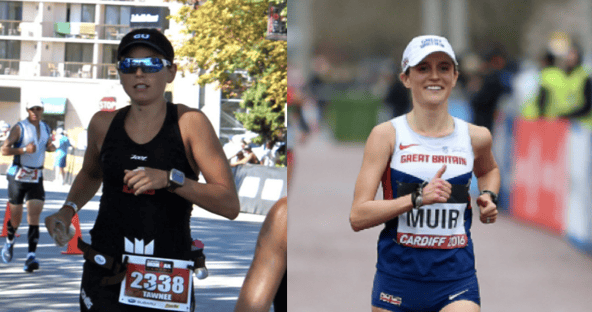 Amenorrhea is defined as a lack of menstruation for three or more months. It’s a problem many female athletes face at some point along their athletic journey. Despite how many women it affects, athletes often suffer in silence, not wanting to discuss the issue with friends, peers, or even health professionals, for a variety of reasons.

This week, we’re talking to two female athletes who are breaking down barriers and talking about this issue. Both Tawnee Prazak Gibson and Tina Muir struggled with amenorrhea for years, and finally decided to take action. Now, both women have fully recovered and have exciting announcements as a result of their comeback: they’re pregnant! In this blog post, Tawnee and Tina share their personal stories...

But first, what causes amenorrhea?

Amenorrhea can be caused by multiple issues, including things like menopause, a history of gynecological procedures, or an excess of male sex hormones (like testosterone) in the body, known as hyperandrogenism.1 It can also be due to a negative energy balance.

Energy balance is the equilibrium between calories burned and calories consumed. Endurance athletes with rigorous training schedules are especially susceptible to landing in a state of ‘energy deficit,’ where the former is greater than the latter.

For example, a 5’5”, 130lb, 25-year old endurance runner has a Basal Metabolic Rate (BMR - the amount of calories your body burns at rest) of roughly 1,400 calories. But, if she burns an extra 1,000 from training and eats only 1,800 on a daily basis, this 400 calorie deficit could have a domino effect in her body. Her body will begin using her fat stores to compensate for the nutritional gap.

While the example scenario above can be a perfectly healthy process, it can also go too far. Since fat cells assist in estrogen signaling,2 without fat, non-essential, estrogen-dependent bodily functions like hair growth, ovulation and, you guessed it, menstruation, screech to a halt..3

What’s more, estrogen signaling is also needed for essential processes like healthy bone turnover, in which new cells replace weaker old ones.4 Without it, weak and aging bone cells are replaced with… nothing.

Tawnee Prazak Gibson is a holistic endurance and health coach and is the host of the popular podcast, Endurance Planet, but in her 20’s, she was a hardcore and relentless triathlete. Her jam-packed training schedule brought her much success, but it also left her without something – her period.

She recalls feeling “fit, but borderline frail,” leaving her susceptible to injury, and having high cortisol levels in response to inadequate nutrition.

Like many athletes, Tawnee was hesitant to address the issue. But she knew that amenorrhea can limit or even halt fertility, increase the likelihood of developing osteoporosis, and even cause an increased risk of heart disease and cognitive diseases later in life, so she revealed her secret to her doctors.

Their advice? Eat more, train less. It was the “train less” part that freaked her out. “I was so in love (and obsessed) with my sport and my training,” she says. “I let my need to train trump everything else.”

But Tawnee was committed to reclaiming her health and her hormones. She gradually backed away from the sport she loved; she worked on stress management, focused on nutrition by adding healthy fats and carbs to her diet, and cut her races back from 10-12 a year to 2-3. After a few months, she got her first period. And about one year later, her cycle returned to normal. 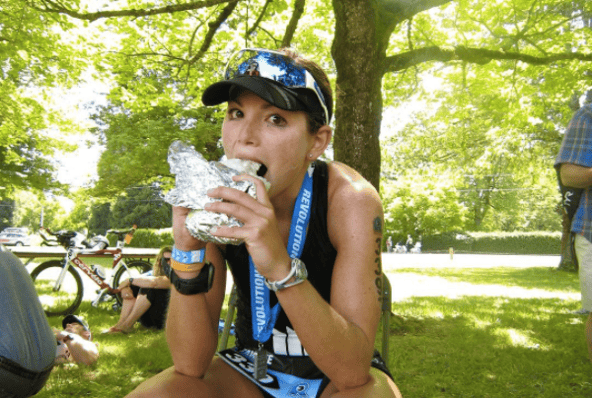 With first-hand experience, Tawnee understands that hearing ‘eat more and train less’ can be terrifying for many athletes and advises, “It’s about finding a better balance... Endurance athletes think that being lean is synonymous with better performance, but there is a fine line... being too lean [and underfueling to maintain this] is not going to be conducive for performance or health.”5

Tawnee cites InsideTracker as a critical component of her recovery. Having her biomarker data allowed her to set baseline values, monitor her progress, and set a new, healthy baseline. She suggests that women recovering from amenorrhea test quarterly or bi-annually; “the feedback from blood work is invaluable.”

She also urges women struggling with amenorrhea to think about their future selves: “I understand that in the moment, we may not care what our life will be like when we're 70, but maybe we should.” The recovery rate from amenorrhea due to inadequate energy is high, but its impact on long-term bone health is relatively irreversible. 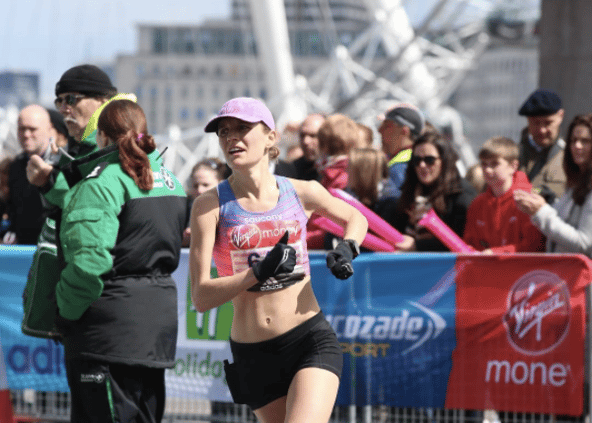 Originally from the UK, Tina Muir is a world-class runner; she placed 49th overall at the 2016 World Championships, where she ran for team Great Britain and Northern Ireland. She boasts a 16:08 5k, 1:13 half, and a 2:36 marathon time. She also struggled with amenorrhea for nine years.

Tina says it was easy to brush off the issue in the beginning. She knew she was following a healthy diet – her InsideTracker results and bone density scans confirmed such. She also knew amenorrhea comes with connotation in her sport, and that revealing her struggle ran the risk of people suggesting she wasn’t eating enough. So like Tawnee, she kept her condition to herself. She consulted physicians, continued monitoring her biomarkers with InsideTracker, and added healthy fats to her diet. Still no period.

Unlike Tawnee, Tina backed away from her sport cold-turkey in March; she was dreading runs and struggling to get through them. She decided to get honest with herself and listen to her body – and it gave her quite the response. She became pregnant in less than two months.

Tina acknowledges that her method can seem incredibly daunting, especially to athletes in peak form. She recommends starting with focusing on more healthy fats (as she did at first), monitoring biomarkers with InsideTracker for precise and accurate feedback, and perhaps then taking a step back from rigorous training schedules.

“I’ve had a lot of people reach out to me with this exact thing,” she says. She hears, ‘I’m just not sure I can do it, I just don’t know if I can pull away. I love my running too much, I have goals.’

Tina can relate – she felt the same way. “But there was never going to be a good time to do it. I knew I had to take a leap of faith.” She says it was terrifying to step back from sport, but that the preparation and planning was the worst part. And once she said her plan out loud, she actually felt a sense of relief. Tina encourages women to recognize that a break from the sport does not mean a permanent break-up; she doubts hers is. But she’s happy with her decision to address her menstrual health now, rather than later. “I’m not going to lie, you definitely go through a bit of an identity crisis,” she says. “But I can say I’m more confident in who I am now than I ever was before.”

Tina’s final words of advice? “It’s worth it.” Just look at that smile.

What else can you do for your body?

For women looking to restore menstruation, try starting with an increase in caloric intake; a target value of 45 calories per kg of non-fat body weight can restore menstruation, although it may take several months.6 Women who consume less than 30 calories per kg of non-fat weight have an increased risk of amenorrhea, and this risk is compounded for women following a low-fat diet.6

Wondering how to figure out your non-fat body weight? Well, there are several methods of doing so, and they span the spectrum of both cost and accuracy. The most accurate among them uses high-cost machinery resulting in precise measurement, a DEXA scan, or Bod Pod scan. However, if you're willing to sacrifice a couple of percentage points in accuracy, a visit to a qualified physical therapist or trainer will do the trick. Another option is using at-home solutions like a "smart scale." Whichever method you choose, be sure to test with the same method and under similar circumstances (time of day, exertion, calorie intake) each time in order to properly measure progress.

If you think you might be suffering from amenorrhea, or if you’re having trouble keeping up with your menstrual cycle, period-tracking apps like Clue are a great resource.

As a reminder – amenorrhea is a medical condition. As is always the case, consult your doctor about treatment options.

Tawnee encourages women looking for more resources on today’s topic to read No Period, Now What? by Dr. Nicola Rinaldi, and to check out her inner-circle site lifepostcollective.com, where you can get your first month free with code lpc4me.

Tina’s blog, Running for Real, can be found at tinamuir.com. Be sure to check out her podcast by the same name, available on iTunes. She also has a private Facebook group for runners of all levels.