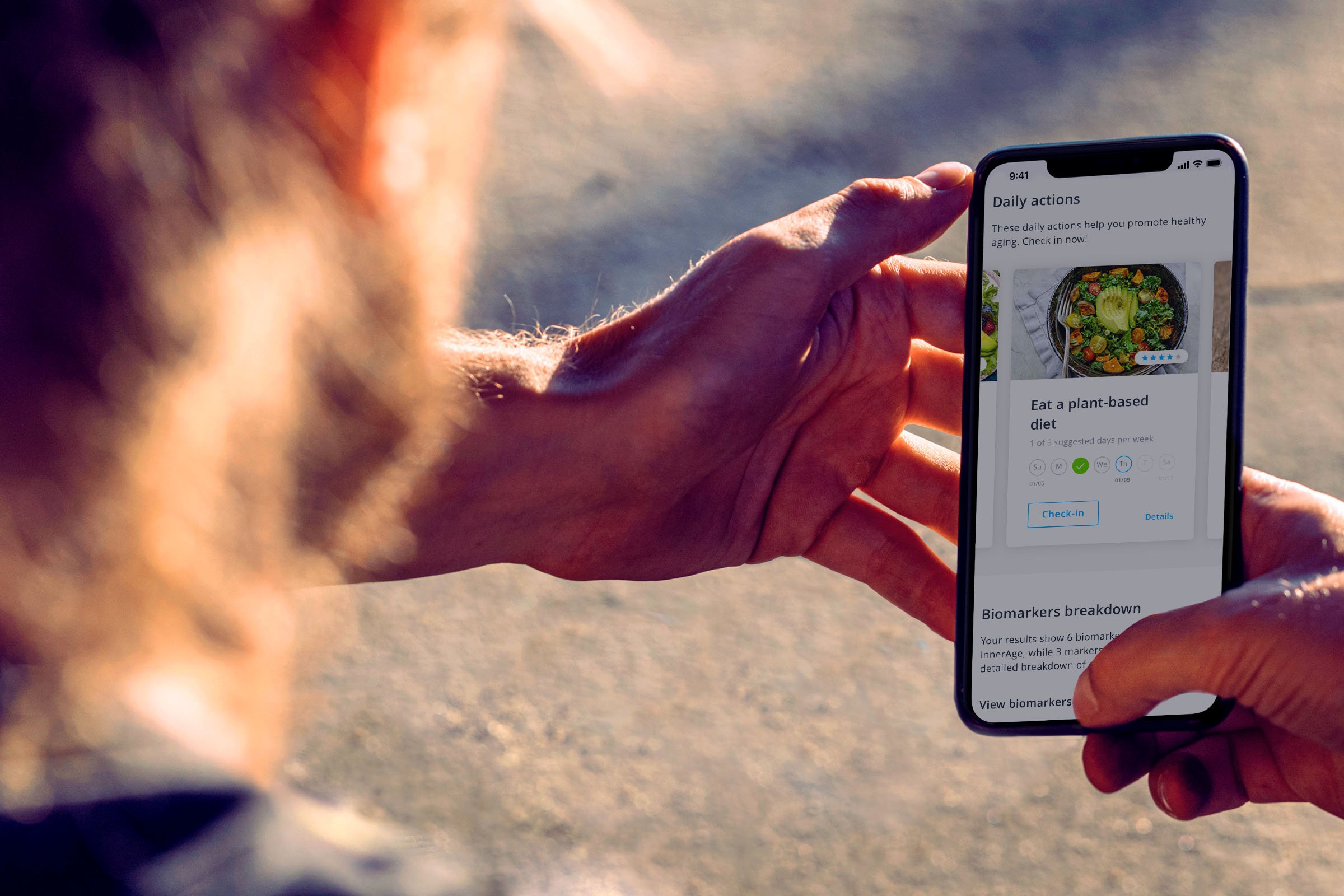 Since it first launched in 2015, InsideTracker’s InnerAge has been a revolutionary tool in helping people significantly improve their healthspan. And in September 2020, we proudly launched InnerAge 2.0, a more sophisticated tracking and visualization tool to optimize healthspan and increase longevity.

InnerAge 2.0 provides a complete understanding of your healthspan by revealing both how well your body is currently working and how well it can work, given your chronological age. And because certain actions and decisions can affect the aging process, the new InnerAge 2.0 provides ultra-personalized nutrition and lifestyle recommendations to improve the quality and quantity of your years ahead.

We sat down with frequent InsideTracker users who have tried InnerAge 2.0 over recent months to improve their healthspan using their recommendations. We wanted to understand what they thought of this new tool—and it turns out that they have a quite a bit to say about it. Here are their stories, and feel free to share them with someone who you want to see live a longer, healthier life.

Dorothy, a competitive 38-year-old runner, is going on 35 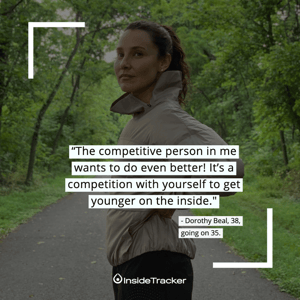 Dorothy Beal is a long-time user of InsideTracker. She has competed in an astounding 46 marathons and strives for longevity in both her sport and her life. Her competition isn't limited to the course—Dorothy is also relentlessly competitive with herself when it comes to her InnerAge. “The competitive person in me wants to do even better! It’s a competition with yourself to get younger on the inside.” As an athlete, Dorothy thrives when she has a target or goal in her sights—and her bloodwork is no different. And to her surprise, she found out early on that her LDL cholesterol was high despite her healthy diet, giving her a major target to work towards. Her recommendations included reducing red and processed meat and eating more oatmeal. Not only was Dorothy able to reduce her LDL cholesterol, she was able to optimize it in a way that it now contributes to lowering her InnerAge.


Dorothy appreciates having an archive of all of her InnerAge results in her InsideTracker profile—it helps her to see what has improved and what still needs work. “InsideTracker takes out the guess work for me. It’s all laid out. Here are your results now, where you’ve been in the past, and what you need to do going forward.”

When asked what recommendations she’s implementing next, Dorothy mentioned her mindfulness practice. Training for a marathon is one thing—but training your mind is another! And she’s excited to see the results on a biological level. “If you use InsideTracker consistently, you crave your next test to see if your changes have been working. I’m looking forward to coming back with an even younger InnerAge.”

Rory is 41 and wants to live to 120, so he's working to lower his InnerAge

Rory was surprised to find that his InnerAge was 8 years older than his chronological age. And as a man with a goal of living to 120 years old, he knew he had to immediately get to work to improve his biological age. Luckily, InnerAge has started to steer him in the right direction. “I really like how InsideTracker gives me specific advice based on my situation: what I need to do to improve my InnerAge and the 'why' behind it.”

What is Rory working on first? A large contributor to InnerAge, he wants to start by lowering his blood glucose. Choosing foods that are high in fiber is an efficient way to start improving glucose levels and subsequently, lower his InnerAge.

Nate's InnerAge is younger than his calendar age, but he's not getting complacent

Nate values his InnerAge and works to relentlessly to improve it. He recently discovered that his biological age is two years younger than his chronological age, and wants to continue to widen the gap. “I’m inspired by the impact that food, supplements, and exercise have on my biomarkers. Seeing the ranges and the suggestions is empowering.”


Like Dorothy, Nate is using his competitive mindset to improve his health. “I’m competitive and I see InnerAge as a challenge. InsideTracker makes the challenge more valuable, insightful, and actionable.”

Learn more about the science behind InnerAge 2.0 from our article on the topic

Want to learn more about the product itself? Check out this blog that describes the science behind determining your InnerAge. We also gave you a preview of some of the recommendations that you may see to help improve your healthspan.

Michelle is a Nutrition Specialist at InsideTracker. As a Registered Dietitian, you’ll find Michelle analyzing the research behind recent nutrition trends, bringing actionable food and supplement recommendations to the platform. When she's not myth-busting, Michelle can be found exploring new restaurants and getting creative in her kitchen.