The Problem with High Cortisol- What you Need to Know

We recently wrote a post looking at how consuming whey protein can help manage chronic stress by reducing levels of the steroid hormone cortisol and increasing levels of the neurotransmitter serotonin. We briefly examined how chronic stress leads to prolonged, elevated levels of cortisol resulting in a variety of negative effects upon the mind and body. However, people wanted more details. As a result, we did some more research, distilled the findings, and outlined four potential hazards with this dubious biomarker InsideTracker carefully monitors. 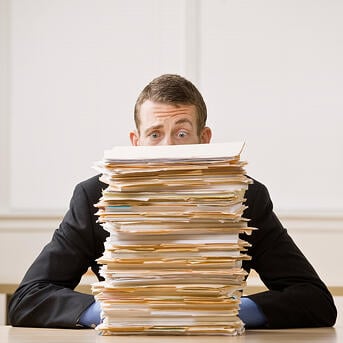 Elevated levels of cortisol resulting from chronic stress is documented to promote senescence- also known colloquially as “aging”- in which a body’s tissues and cells gradually deteriorate over time and lose their functions. To assess the impact of elevated levels of cortisol on the aging process a group of researchers recruited 48 post-menopausal women for a case-control study matching chronically stressed women caring for spouses with dementia against a control group of similarly aged women whose spouses were healthy. The women who suffered from chronic stress experienced much stronger indicators of aging such as oxidative damage (Aschbacher, 1698). Other research studies have uncovered that chronic stress and excess cortisol levels result in the shortening of telomeres at the end of DNA- another commonly accepted indicator of aging (Humphreys, 115).

Sustained, elevated levels of cortisol can lead to an increase in body fat, particularly of the unhealthy variety. Cortisol accomplishes this through multiple ways. One way is via visceral fat storage- or the fat found under muscle deep within the abdomen. Cortisol can mobilize fat molecules called triglycerides from storage and relocate them to visceral fat cells. Cortisol also aids the development and maturation of fat cells called adipocytes. This leads to a positive feedback in which an enzyme secreted by the matured adipocytes activate cortisol from its inactive form cortisone. Also, visceral fat cells have more cortisol receptors than subcutaneous fat cell and will be stimulated more vigorously when cortisol levels are elevated.

A second way in which cortisol may be involved in weight gain goes back to the blood sugar-insulin problem characteristic of patients with type II Diabetes. Cortisol stimulates the release of blood glucose by breaking down its storage polymer glycogen. Consistently high blood glucose levels along with insulin suppression can lead to cells that are deprived of glucose. Because these cells need energy they send hunger signals to the brain that increase appetite. This leads to overeating without an increase in physical activity- leading to elevated levels of glucose which is eventually stored by the body as fatty tissue.

The weakening effects on the immune response resulting from elevated levels of cortisol have been well-documented. The immune system is composed of a variety of specialized white blood cells (WBCs) that collectively mount a response against foreign cells found in the human body. Through a process called cell-mediated immunity, T-lymphocyte cells activate other white blood cells called phagocytes that directly “eat” foreign cells. Normally, T-cells respond to cell signaling molecules called interleukins via a signaling pathway. However, elevated levels of cortisol prevent some T-cells from recognizing interleukin signals (Jeffries). Cortisol also inhibits the secretion of histamine- an organic compound which recruits more white blood cells to ward off infection.

There has also been extensive clinical research chronicling the negative symptoms upon the immune system associated with elevated levels of cortisol. Psychology researcher Sheldon Cohen recruited 276 healthy adults and exposed them to a virus that causes the common cold. He and his research team then monitored these subjects in quarantine for five days for signs of infection and illness. Subjects with the inability to regulate the inflammatory response due to increased levels of chronic stress and cortisol were more likely to develop symptoms colds when exposed to the virus (Cohen, 5995). Thus, elevated cortisol is associated with immunosuppression that can allow infections by foreign pathogens to become more problematic for the body by inhibiting cell communication between white blood cells.

Applying Your Knowledge to Clear up the Cortisol Problem

When trying to gain a deeper understanding of a biomarker’s impact upon our health it is crucial to know how it affects our bodies. Prolonged, elevated levels of cortisol associated with chronic stress are known to have a negative impact on the wellness of the body and mind. Because of this, InsideTracker- which monitor levels of 30 biomarkers including cortisol and suggest useful interventions to optimize levels- is instrumental in making cortisol an asset to your body. Click below to learn more about how you can quantify your cortisol and develop a unique diet and exercise regimen that allows you to maximize your health and wellness.