Your Diet and Your Allergies: An Unexpected Relationship 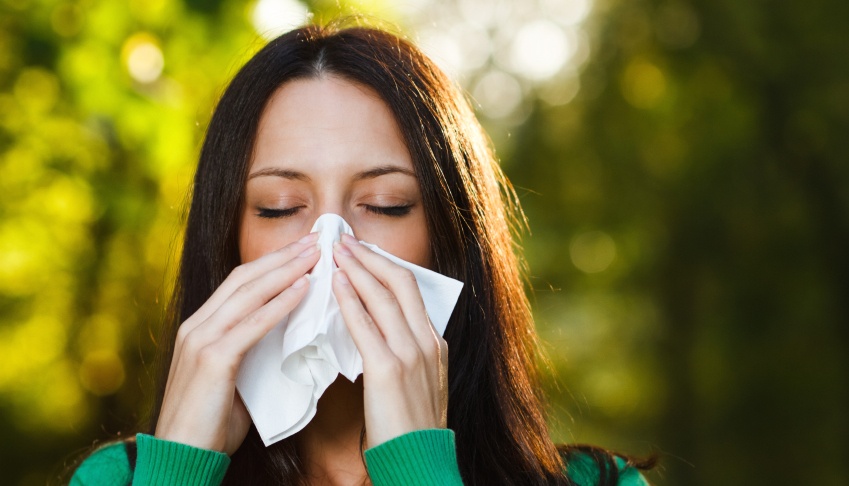 At InsideTracker, we believe that food affects much more than how you look in the mirror: It affects your total health and wellness. Thus, we are always investigating the latest research to learn more interesting relationships between your diet and biomarkers, the key health indicators in your blood. Recently, we stumbled upon a fascinating research review by three leading scientists which shows an association between diet, biomarkers, and allergies. Here’s how you can use InsideTracker’s blood testing and nutrition-based recommendations to optimize your biomarkers and potentially reduce inflammation associated with allergy-related conditions.

When we think of allergies, we picture runny noses, sneezes, and pollen. However, allergies and allergy-related diseases are much broader in scope and more complex. “Allergies” is an umbrella term for conditions and diseases resulting from an unnecessary response of the immune system. Usually, white blood cells in the immune system respond to disease-causing foreign cells called pathogens, such as bacteria, viruses, and fungi. White cells recognize these pathogens because of distinct chemical markers called antigens, which indicate that they shouldn’t be in the body.

Allergies are also a response from the immune system. However, they are not mounted against pathogens. Instead, they are mounted against harmless compounds in the environment called allergens that include pollen, animal fur, soy, perfume, and others. The allergic response is exaggerated and recruits white blood cells to fight the “infection.”

While allergies and allergic-related diseases come in a wide variety of forms, three are particularly common. The first is atopic dermatitis (eczema), in which allergens cause the skin to be inflamed, irritated, and scaly. The second is allergic rhinitis, colloquially known as “allergies,” in which particles in the air result in runny noses, sneezing, and itchy skin. The third is asthma bronchitis, often referred to as asthma. Airways in the lungs swell and produce extra mucus, resulting in breathing difficulty. 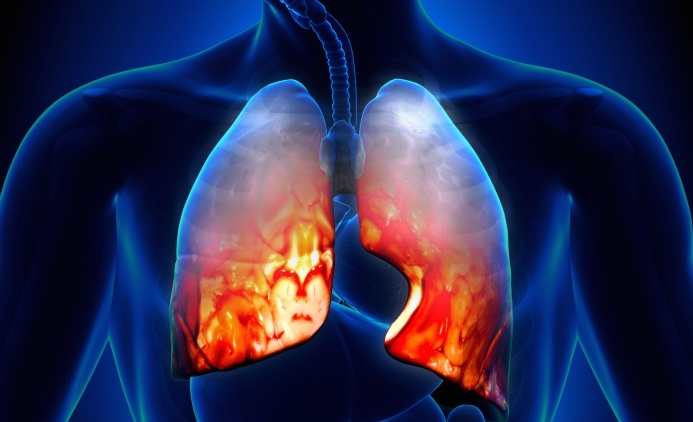 While the worldwide incidence of diseases caused by infectious agents has significantly decreased in the past 30 years, allergy-related illnesses have greatly increased, especially in developed countries such as the United States, United Kingdom, and Germany. Today, according to the World Health Organization, over 235 million people worldwide suffer from one of these diseases, with an increasing proportion in developing nations such as China and India [1]. Many scientists suspect that this has to do with increasing of pollution and tobacco use, lower frequency of breast feeding, and less outdoor activity in clean air.

Because food remains one of the biggest factors affecting our overall health, scientists have begun to investigate diet’s possible role in our susceptibility to allergies. Indeed, recent research by scientists Dr. Valerie Julia, Dr. Laurence Macia, and Dr. David Dombrowicz in their review “The impact of diet on asthma and allergic diseases” shows that what you eat might have a big impact on the regulation of your immune system—and ultimately on your chances of developing allergies. This happens because certain foods affect your biomarkers. Un-optimized levels of three functionally different biomarkers monitored by InsideTracker—triglycerides, Vitamin D, and Vitamin B12—can increase your chances of developing allergies.

Triglycerides are fat molecules the body uses to provide energy. They are found in fat cells called adipocytes and serve as key indicators of metabolic health. Elevated levels in the blood are often a result of a poor diet and can result in a variety of cardiovascular diseases.

According to recent research, un-optimized levels of triglycerides can also result in a variety of allergy-related diseases. Triglycerides are stored in the body in white adipose tissue (WAT). The cells in this tissue play a key role in immune-system regulation. In lean individuals, WAT is less active and produces anti-inflammatory molecules that lower the activity of immune system cells. In contrast, when triglyceride levels increase, as commonly observed in obese populations, WAT produces pro-inflammatory molecules such as leptin that stimulate the immune system and can lead to allergic reactions. [2] Epidemiological data supports the observation that obesity and elevated levels of triglycerides can induce asthma in adults. [3]

Similarly, researchers note that adding fish oil supplements to a mother’s diet during pregnancy can reduce the risk of allergen inflammation and eczema in children. Additionally, feeding infants with small amounts of fish oil leads to an increase in levels of omega-3 fatty acids and ultimately a decreased incidence of allergies. [4] Regular fish oil supplementation is strongly associated with a decrease in blood levels of triglycerides in individuals who have high levels of triglycerides—perhaps explaining this interesting association. [5] It is important to note that more conclusive studies need to be done on adults to see the relationship between fish oil supplementation and the decreased incidence of allergy-related diseases and conditions.

Key Takeaways: Promising—but not yet conclusive—research indicates that optimized levels of triglycerides can help decrease the risk of allergies and asthma.

Recommendation: If you have high levels of triglycerides according to you InsideTracker blood analysis, consider taking fish oil supplements daily or eating 2-3 servings of fatty fish such as salmon or sardines per week.

Abundant research shows that Vitamin D is crucial for bone strength, muscle growth, and physical strength. Of the 30 biomarkers InsideTracker monitors, Vitamin D is the one we most frequently see at un-optimal levels. 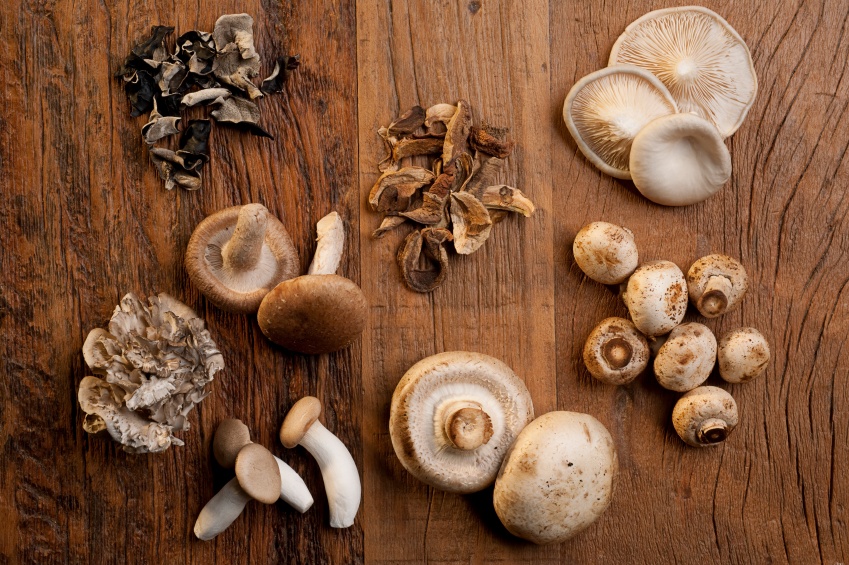 On the other hand, excess levels of Vitamin D—often associated with unnecessary supplementation—can result in increased risk of allergies. In a research study on mothers, a blood concentration of Vitamin D’s metabolized form in the body greater than 125 nmol/L leads to an increased risk of asthma-related diseases in offspring. [9] In contrast, a Vitamin D level in the optimized zone around 40-50 nmol/L leads to a lower incidence of asthma.

Vitamin B12, also know is cobalamin, is an essential compound that plays a crucial role in the production of red blood cells and maintenance of nervous system health. B12 deficiency can impair these crucial functions.

Recent research suggests that excess vitamin B12 might lead to allergy-related conditions. Scientists induced allergic airway inflammation in pregnant mice with different diets. Mice provided with a diet rich in vitamin B12 gave birth to offspring more likely to experience allergy-related lung inflammation. [10] This suggests that vitamin B12 might play a role in increasing the incidence of asthma. However, more research needs to show this relationship.

Recommendation: Eat foods such as eggs, meat, and dairy products to increase Vitamin B12, and abstain from those foods to decrease B12 levels. Use your InsideTracker results to see which direction you should take.

Many research studies documented by Julia et. al show potential associations between un-optimized levels of biomarkers and allergy-related conditions. Because your diet affects your biomarkers, it is crucial that you know where your biomarker levels stand today and which foods and/or supplements are helpful to you. Click below to start using your diet as a tool for your overall health and wellness.

[7] Gorman, Shelley, et al. "Reversible control by vitamin D of granulocytes and bacteria in the lungs of mice: an ovalbumin-induced model of allergic airway disease." PLoS ONE 8.6 (2013): e67823.

[9] Hansen, Susanne, et al. "The long-term programming effect of maternal 25-hydroxyvitamin D in pregnancy on allergic airway disease and lung function in offspring after 20 to 25 years of follow-up." Journal of Allergy and Clinical Immunology (2015).