May the Force Be With You: There's Power In Your Blood!

38 years after the film that birthed a generation of nerds swept the world by storm (we'll fantasize that episodes 1 - 3 were never made), the eve of its resurrection has arrived! Seeing as how we're all big Star Wars fans here at InsideTracker, as excited for The Force Awakens as the next geek, we got to thinking... there is a great deal of power in our blood; part of our human life-force, indeed.

While we don't have lightsabers for you, we do have an incredible platform that employs advanced artificial intelligence to analyze your blood and get you as close to a real-life Obi-Wan Kenobi as humanly possible. No Jedi mind tricks here, just amazing science.

In honor of Star Wars: The Force Awakens, here's a hit list of five ways InsideTracker makes you a biomarker master.

1. THE FORCE IS ALWAYS WITH YOU

It just needs a little work, sometimes. Like when Chewbacca put C3PO together backwards (never trust a Wookie). We view The Force as your life-force, indeed — your blood contains the energy that keeps you alive.

Of course, it can sometimes fall prey to the Dark Side, wreaking all sorts of health havoc. Think of Darth Vader as a nasty case of Type II Diabetes. But just like Darth, your blood can almost always be coaxed back to the light, with the right guidance and dedication. 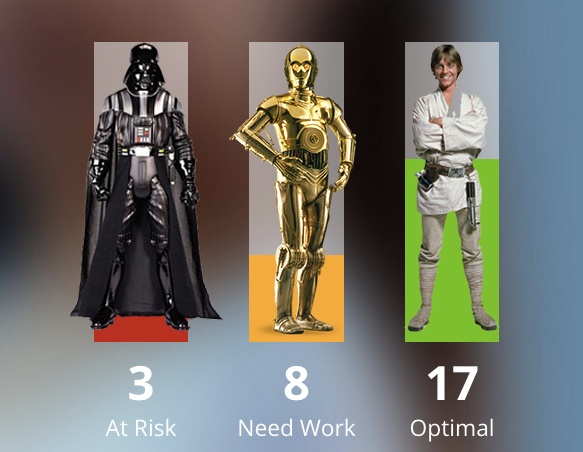 2. C3PO AT YOUR FINGERTIPS

The beloved, British-accented golden android is an interpreter fluent in over six million languages. Pretty much the entire galaxy's lexicon. But we have some fluent artificial intelligence working behind the scenes, too.

We see your six million languages and raise you 10,000 foods, sir!

Our powerful algorithm, affectionately called BRIAN around the office, analyzes and interprets a person's blood data... and then goes a step further, scouring a database of 10,000 foods and their respective nutrients to translate blood data into actionable nutrition interventions. Amazing!

Okay, okay. Nothing is as cool as a lightsaber. But since such a tool does not yet exist, we're choosing to "preserve the force" (your energy and blood) by battling baddies with powerful Focus Foods.

You may not have Imperial Stormtroopers banging on your door, but you can fight the Dark Side of aging and more with these amazing, picked-just-for-you foods at your disposal. 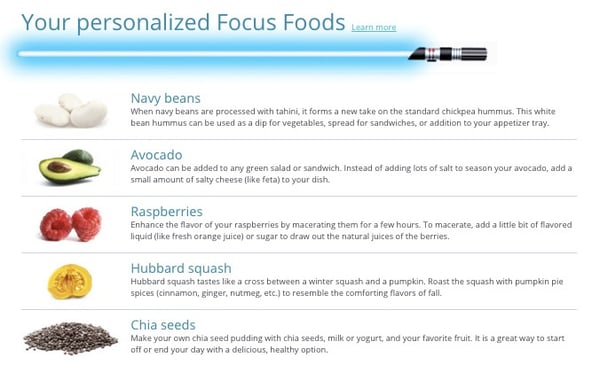 Who wouldn't want a fuzzy old green-skinned Jedi Master by their side, whispering axioms into their ear? Despite Yoda's transition to the other side in Return of the Jedi, he remains an omnipresent guide for anyone seeking knowledge on the right path.

In homage to the greatest master in galactic history, we've integrated an invisible wise sage of sorts into our platform: while it's not named Yoda, this soon-to-be-revealed powerful tool will coach you through every single step of your path to powerful health, sending smart reminders along the way.  Stay tuned, you must! 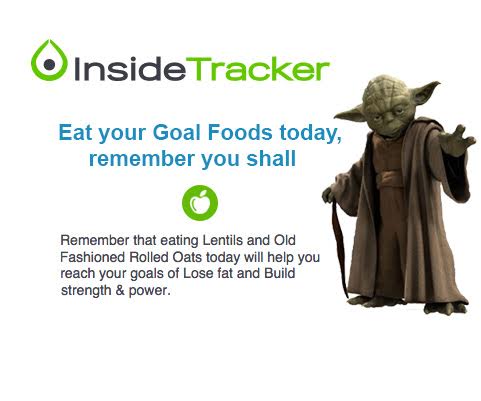 The Jedi Master might strike us down for such a bad pun, but let's roll with it. We believe you can't get much of anywhere without setting solid goals. When it comes to optimizing your performance and health, they're critical. We're sure Obi would agree.

Like Obi-Wan Kenobi, our platform helps you become Master of Your Body by using advanced algorithms to guide you through careful goal-selection based on your own blood, and then helps you achieve them. Not too shabby for a Padawan, eh? 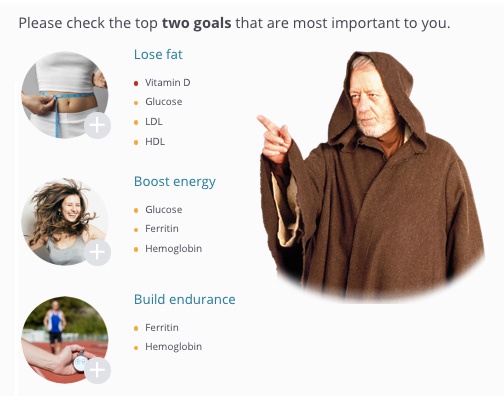 Want to learn more about your very own force? Check out this handy guide to each of the 32 biomarkers & ratios we test for...powerful stuff, blood is.

How I Changed My Life from the Inside Out: Pro Soccer Player Zev Taublieb