This Is What Running the Boston Marathon Did To My Health 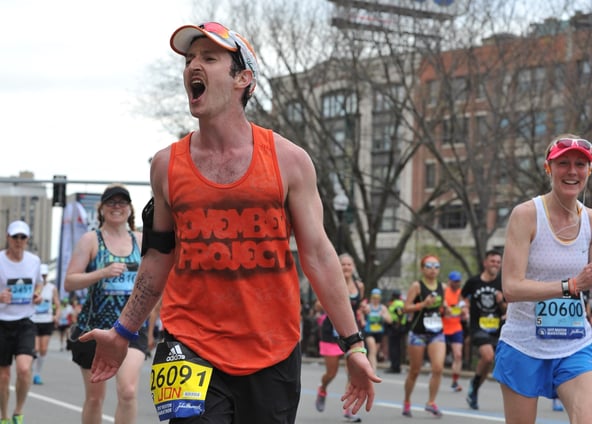 The Boston Marathon. The most storied marathon there is, and it just so happens to be in my backyard. I grew up watching it, and had ran it once before. But this time was different. I trained for a specific goal. A lofty goal of sub 3:00. A goal I thought was well within reach.

I was feeling great about my fitness. My strategy was honed. I was on the right track. So what happened?Well...

It was quite a day. Almost 70 degrees at the start of the race. The last time I ran in conditions like this? Late fall. Such is the case with Boston. When I ran 2 years ago, it was 40 degrees and raining. Last year it was almost 80, but was warmer this year at the start with no cloud coverage whatsoever. I know very few folks that had a good day given the unexpected heat. Almost 10% of those that ran sought medical treatment during the race. The talk around town in the days leading up to the race went from goals and PR's to "survive and have fun doing it."

I executed the first 5k mostly as planned, and was feeling even better in the second 5k. That's where the "good" stopped. Yep, by line 2 of the race recap. My heart rate spiked and I couldn't get it back into a manageable zone. It had me scared for the remaining miles (20!!) ahead. I was drenched in sweat and was already overheating, despite dumping water and ice on my head and face at every single opportunity. By mile 7 or 8, I knew things had slipped beyond repair. I needed to reassess and completely change my strategy. The goal of sub 3:00 was out before the start due to the heat. Then 3:05 was out the window. Then so was 3:10 and 3:15.

I knew I had two options at this point.

Option one: put my head down and keep grinding away. A high risk, high reward option since I already didn’t feel good. I suppose this was in the hopes that I’d find a second wind with quite a few miles left to cover.

Option two: have fun. Enjoy the day and the opportunity to run one of the most historic marathons on the planet. Enjoy the crowds and everyone around.

I chose option two. I went into "just survive and have fun" mode. I began setting mini goals. Just get to the next water stop. Get to the next person you're expecting to see. Get to the half. Get to mile 18. Get to BC... and so it went, and so did I. I made it a point to run all the Newton Hills, no matter how much it hurt. I saw (and ran with) so many friends on the Hills. Despite the Hills being the toughest stretch, with friends by my side, my spirits soared.

Little did I know, the pain was just getting started.

By mile 20 I started getting debilitating calf cramps anytime I tried to go faster than a 10:00/mile or move in any way besides straight ahead. I went down in front of the Cleveland Circle med tent, and hobbled in for some miracle spray (a.k.a. BioFreeze) which proved to only be a momentary respite.

Beacon Street was a death march, balanced by incredible pain and incredible support from the crowd which I tried to draw energy from by focusing on them and keeping the hype going. I went down (hard) at mile 24, writhing in pain as I waited for my calf to stop seizing, knowing it would with time. The support of other runners and spectators literally brought tears to my face.

By Kenmore Square, my "run" was barely faster than a walk. I think I high fived and screamed at every single person from there to the finish, pulling every ounce of energy the crowd would provide. When it all went to shit (sorry, but no sugar-coating here), the only thing getting me through were the amazing screaming spectators.

This was the closest I’ve come to a DNF as I’ve ever been. I almost walked straight off the course when I saw my parents at mile 13. My mom said she could see it in my eyes already by that point.  I cried at the end. Cried from the pain, cried from the support and because I am proud as hell for battling through some serious obstacles along the way.

There is nothing like the Boston Marathon, or the people along the way that make it special. Thank you all. 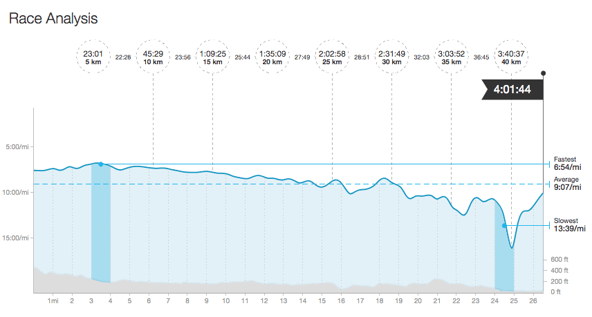 Click here to see the race details via Strava

By mile 4, my heart rate climbed above 170 beats per minute, and I saw it as high as 177. It was was way too high, too early. I averaged 169 in the Philadelphia Marathon in November, so I knew this was something that needed to be dealt with. I backed off the pace a bit, and the 7:30’s felt just as hard as the low 7’s, which was not good. I was sweating and could not stay cool enough.

The extreme muscle cramps and challenging course (mostly downhill) brought on the highest inflammation levels I’ve ever seen, and a 700 point testosterone plunge. 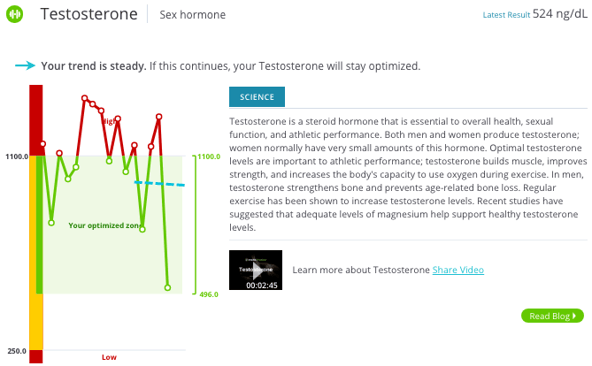 So what does it all mean? My coach already had me scheduled for 7 days off of running (with the first 4 days as total rest), but because of the damage “below the surface,” we’re extending that for almost another full week. The original plan (if no BQ) was to race, recover and hit a late spring marathon. I've done the double before with a stronger second race. But at this point, that would be way too risky. 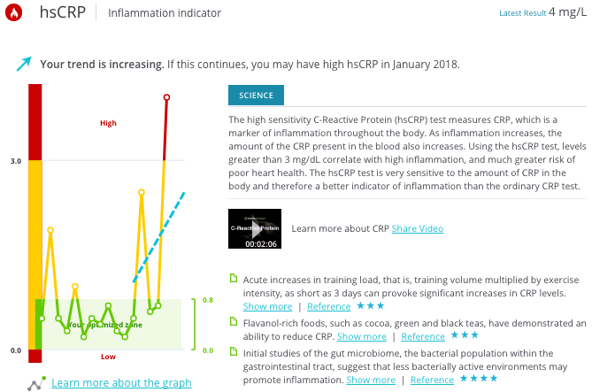 The high hsCRP levels indicate inflammation in the body brought on by the demanding course, which included a lot of downhill running, which is tough on the joints. The elevated creatine kinase is a sign that there was significant muscle damage, and I need to pay extra attention to eating foods that help muscle repair (protein and antioxidants). When comparing Boston to Philly, the physical damage done to my body was significantly higher this time around (Philly’s data can be seen with the 4th most recent test point) despite Boston being over 40 minutes slower. 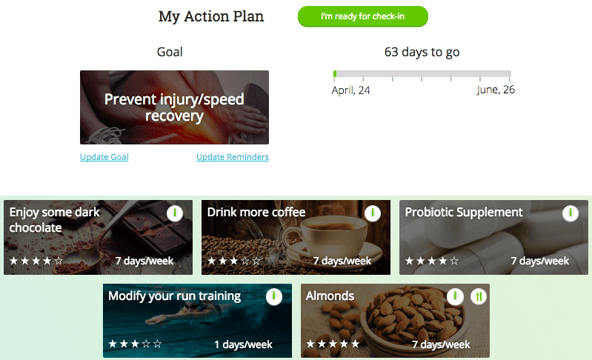 What does the recovery plan look like? More coffee, chocolate, red wine, healthy fats, and fish. Probiotic supplementation with breakfast, and magnesium before bed. A few more days off of running, and some light swimming and biking to stay moving.

I plan to test again later this week with our High Performance Plan to assess recovery, and ensure things are trending toward optimal, as expected. The rest of the month will be easy, leading into trail running and more cross training in May and June. As my friend Caroline Burckle said, “changing it up is so necessary.” I told her that mentally I feel sharp and ready to race, but I just need some time off physically. Her response? “Freshen your mind. Mind and body are connected, so one affects the other. Get off the road. Swim, bike, do a tri, hit the trails. Just do something different. So many people don’t realize the importance of this.”

Successful racing comes down to controlling the controllable, and leaving the rest (what you can’t control, like the weather) to chance. I knew I was set up to have a good day because everything that was in my control was on the right track, and the rest (weather, wind, random GI issues) had to be left to chance. That's the beautiful struggle of marathoning; if training goes well and you're feeling good, 3/10 times you'll have a good race.

Make sure you aren’t missing the easy things that you can control, like nutrition and supplementation. Then do whatever you can to make sure you get to that start line in the best shape possible.

Tacos consumed: 14 – I could have done better.

Thanks for all of your support leading up to the race - I'll be hitting the pavement again soon, and look forward to seeing you out there. Follow me on Instagram @jwlevitt.