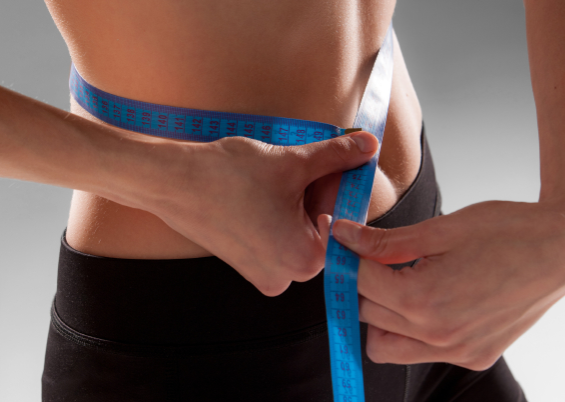 The concern for safety is a common theme in diets that reduce dietary carbohydrate intake. The ketogenic diet is a very low-carbohydrate diet requiring less than 50 grams of carbohydrates per day to reach ketosis, a metabolic state in which fat is utilized for energy instead of carbohydrates.

In the first part of a two-part series on the ketogenic diet, we looked at the molecular basis of energy generation, ketosis, and the physiological response when the body starts using ketones and fats as its primary energy source. We compared the ketogenic diet to other popular diets and acknowledged the controversies surrounding a very low-carbohydrate diet. Now, we will look at research investigating the effects of the ketogenic diet on critical biomarkers that InsideTracker can help you monitor, such as glucose, testosterone, cortisol and high-sensitivity C-reactive protein (hs-CRP).

What happens with fasting glucose and insulin when carbohydrate intake is very low? 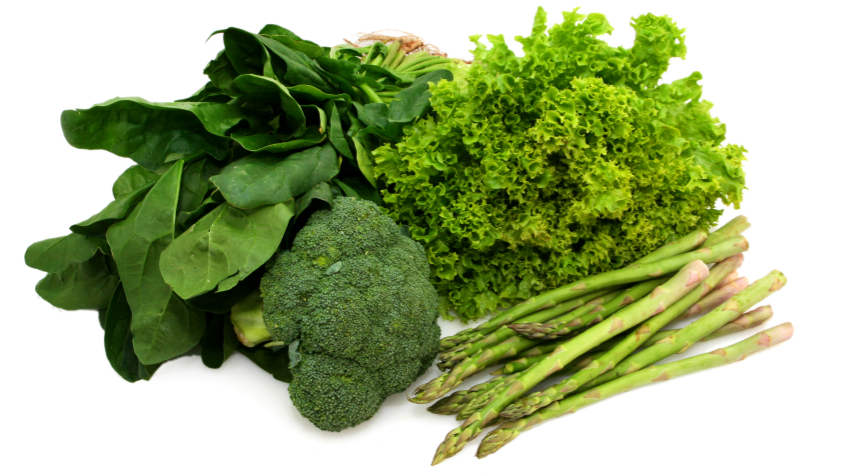 The study reported a decrease of 2% in fasting glucose with weight loss, independent of diet. Yet, when analyzing based on diet composition, there was a significant effect on fasting insulin levels as evidenced by the 33% decrease in fasting insulin concentration on the VLCARB diet. A decrease of 19% was found on the HUF diet and the VLF generated a 15% increase. Post-meal insulin was also lower on the VLCARB diet than the other two diets. The researchers were surprised of this result since protein can also stimulate insulin release. They suggested that the high amount of fat may have delayed gastric emptying (when food leaves the stomach and enters the small intestine) of protein and weakened the release of insulin. The study concluded that as long as there is weight loss, carbohydrate-restricted diets might be more effective in improving fasting and post-meal glucose concentrations and improve insulin sensitivity (meaning, lower amounts of insulin are needed to lower blood glucose levels).

Very low carb and its effect on the essential, anabolic hormone testosterone

Even though testosterone is less associated with women, a testosterone decrease on a ketogenic diet is also evidenced in women. In polycystic ovary syndrome (PCOS), a common endocrine disorder among women of reproductive age, there are symptoms of obesity, insulin resistance and excess testosterone. As of yet, there are no known therapeutic cures [3]. A study by Mavropoulos et al. (2005) explored a low-carbohydrate, ketogenic diet (LCKD) in women with PCOS because of the weight loss and improvement in insulin resistance known to occur on a LCKD. The study was conducted over six months and used five women with PCOS. The subjects consumed less than 20 grams of carbohydrates per day. All subjects lost weight with an average body change of -12.1% from the start of the study to 24 weeks. The mean percent change in percent free testosterone was -30%.

High-fat diet and cortisol...is this something to stress over? 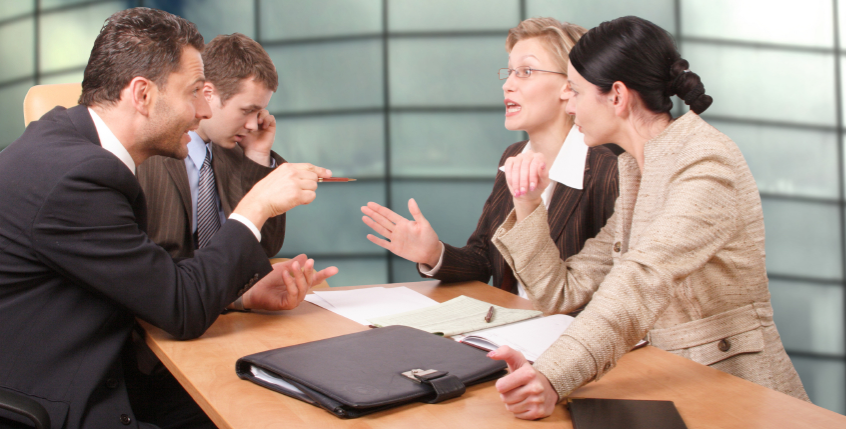 Despite the high cortisol levels on a ketogenic diet, some say the relationship between ketosis and high cortisol needs to be made clearer. First, chronically elevated cortisol correlates with metabolic syndrome, a group of symptoms such as high blood sugar, excess abdominal fat and abnormal cholesterol levels that increases the risk for diabetes, heart disease and cancer. Second, higher cortisol levels suggest the onset of metabolic syndrome. With these two conditions, it is then concluded that ketogenic diets may cause metabolic syndrome [5]. However, it is certain measures of cortisol that are raised on a ketogenic diet. Let's take a look at cortisol metabolism to see if the confusion results from the idea that there are different measures of cortisol that are not all equal.

Body fluids, including urine, saliva and blood, are used to measure cortisol. Cortisone (the inactive form), free cortisol, metabolites from enzyme activity and ratios of any of these particles can all be measured. Equally important, these measurements vary (higher or lower) depending on the time of day.

Measuring levels of the enzyme 11β-hydroxysteroid dehydrogenase (11β-HSD) and 11β-HSD1 (a subtype of 11β-HSD) are critical to looking holistically at cortisol metabolism. 11β-HSD converts cortisol (active) to cortisone (inactive). 11β-HSD1 converts cortisone to cortisol, which is defined as regeneration. There are also other enzymes involved that help metabolize cortisone and cortisol into metabolites, which is referred to as clearance.

Now, let's look at how a 24-hour urine proxy is used for detecting cortisol. This proxy results in a less than clear picture because cortisol levels are affected by: production, regeneration and clearance. For instance, if clearance decreased or if regeneration increased, cortisol levels could go up if production stayed the same or lowered [5]. This is analogous to simply measuring someone's total cholesterol without observing LDL and HDL. Take home message: levels may appear similar when there is a big difference in cortisol metabolism.

A study used 17 healthy, obese men and randomly assigned them to an ad libitum (eat as much as you want) high fat-low carbohydrate (HF-LC) diet (66% fat, 4% carbohydrate) or moderate fat-moderate carbohydrate (MF-MC) diet (35% fat, 35% carbohydrate) for four weeks [6]. The study found that in the HF-LC group, there was an increase in cortisol regeneration by 11β-HSD1 and a decrease in rate of cortisol inactivation by 5a- and 5β-reductases. According to the researchers, this increase in 11β-HSD1 activity was independent of the differences in energy intake and weight loss because the same effect was seen in the isocaloric conditions (the controls) and the MF-MC diet still yielded weight loss without changing 11β-HSD1 activity.

Ultimately, the study found a reversal of the previously described metabolic syndrome cortisol profile for only the HF-LC group: blood cortisol increased, clearance decreased and regeneration increased (due to an increase in 11β-HSD1 activity in the liver). However, further research is needed to understand not just testosterone, but other hormone changes on a carbohydrate-restricted diet.

How does low-carb affect markers for inflammation?

The liver synthesizes CRP when inflammation is present. CRP is considered a marker of inflammation and is measured with an hs-CRP test [7]. Higher CRP levels signify a higher risk for developing CVD and abdominal obesity [8]. Weight loss is known to decrease markers of inflammation such as CRP. The previously mentioned study by Noakes et al. (2006) reported that weight loss resulted in a reduction of CRP regardless of the dietary macronutrient composition. Yet, it is uncertain whether or not the macronutrient composition of a diet influences inflammation [9].

A study found an increase in serum CRP in overweight women who followed a short-term low carbohydrate, high-fat weight loss diet [10]. The study reported that it might have resulted from the oxidative stress caused by this type of diet.

Peairs et al. (2013) looked into this inflammatory response caused by a high-fat, low-carbohydrate weight loss diet (HF) by randomly assigning 19 overweight men and women to either an antioxidant (AS) or placebo (P) supplement. The objective was to see if the antioxidants vitamins C and E could decrease the inflammation seen in the HF diet. CRP decreased 32% in the AS group and increased 50% for the P group, however, this was statistically insignificant. The HF diet did not decrease CRP within the short-term 7-day study even though other markers of inflammation decreased. The study could not confirm if oxidative stress was causing the inflammation. The researchers suggested more research is needed to determine the different CRP responses over the long term, especially using antioxidant supplements. This is important considering most fruits and vegetables, which are low on a high fat diet, contain antioxidants. The only way to know your CRP levels is to get your blood analyzed via services like InsideTracker's Performance Panel.

Cutting through the Fat: Difficulties with Ketogenic Diet Studies

The low adherence to a ketogenic diet is a major key point to take from these studies. Notably, Mavropoulos et al. (2005) screened 25 women via telephone and found 12 eligible women. Ultimately, they had 5 subjects adhere to the program. The study quoted, "We show that for those individuals who were able to comply with the program, the effects were quite dramatic."

The dietary intervention in these studies was also short-term (ranging from a week to 6 months). This suggests that combined with low adherence, this diet's sustainability is very low. And according to some researchers, this type of carbohydrate restriction is not equal to a low-carbohydrate "fad diet," as a very low-carbohydrate lifestyle is meant to be a permanent change in eating behaviors [11]. But as we know, most dieters are bandwagon riders and want flexibility. Therefore, when considering low carb, it is highly important to evaluate one's mindset (i.e., do you want to make this a permanent lifestyle change?) and make sure the diet is appropriately formulated. If you choose this diet, note that not restricting carbs enough or for a long enough time may lead you into no man's land, which could hinder your athletic performance and harm your health. In fact, if this is not a lifestyle change, it can lead to weight regain and bring you back to right where you started.

Ultimately, we need longitudinal studies to really understand the long-term effects that we cannot see with these short-term studies. Very low carb seems to work in the short term, which might be an option for carb cycling. If you decide to pursue a ketogenic diet (or any other restrictive diet) or to carb cycle, scientists highly suggest monitoring your progress by periodically checking biomarkers such as, lipid levels, fasting insulin and blood glucose, testosterone, cortisol and CRP [12]. Click on the demo below to see how InsideTracker can help you monitor your levels and make sure you are on track for good, long-term health.

Boost Your Brain Power with Science by Monitoring Your Blood Biomarkers

How Flexitarian and Plant Diets Impact Your Health and Biomarkers