Cutting Through the Fat: The Truth Behind the Ketogenic Diet 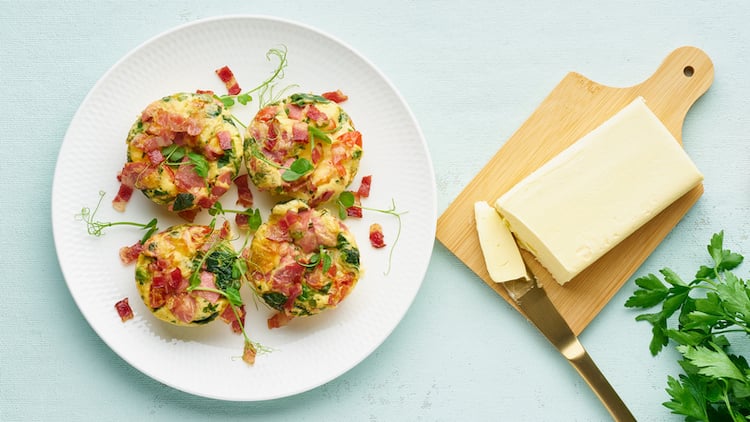 If you could tap into >40,000 calories of your fat fuel during endurance exercise instead of relying on your maximum 2,000 calorie storage of carbohydrate fuel, would you do it?

What if it meant no more liquid gels, sugar-containing sports drinks or bananas to give you that energy boost when you're on the verge of exhaustion? If LeBron James did it. Was it really a wise choice based on current science?

A ketogenic diet, or a diet high in fats and very low in carbohydrates, allows you to transition from energy dependence on carbohydrates to fats by breaking down fatty molecules into chemical compounds called ketones. The ketogenic diet was first developed by researchers to help treat seizures in children who suffered from epilepsy. Today, some fitness enthusiasts and nutritionists are touting it as a valuable method for losing body weight and optimizing athletic performance.

How can the ketogenic diet help both athletes such as Lebron James and people in their mid-40s seeking to shed a few pounds?

In this first part a two-part blog series,  the molecular basis of how energy generation, ketosis, and the physiological circumstances under which the body starts using ketones and fats as its primary energy source is explored. Then, we'll dive into some controversies over the ketogenic diet; specifically, whether or not it is a valuable tool for weight loss.In the second part of the blog series we will explore in more detail how InsideTracker can help you monitor critical biomarkers such as HDL and LDL cholesterol, glucose, and testosterone if you decide to pursue a ketogenic diet—or any other diet regimen—and make appropriate dietary modifications to optimize these levels.

The molecular basis of ketosis: Breakdown of fats vs. carbs

In order to understand the scientific basis of the ketogenic diet we must first review some basic biochemistry. The human body generates energy in the form of adenosine triphosphate—also known as ATP—through a process called cellular respiration. This process consists of three parts: glycolysis, the tricarboxylic acid cycle (also known colloquially as the “Krebs cycle”), and the electron transport chain.

The first process, which occurs in the cell’s cytoplasm, converts the six-carbon sugar glucose into a small amount of ATP, some electron carriers which facilitate the transfer of energy, and two copies of a three-carbon sugar named pyruvate. These molecules of pyruvate then enter the mitochondria - the cellular structure that functions as the cell’s energy powerhouse- and converts each three-carbon pyruvate into a modified two-carbon sugar called acetyl coenzyme A (acetyl-CoA) and a molecule of carbon dioxide (CO2).

The acetyl-CoA then enters the tricarboxylic acid cycle where it generates a small amount of ATP and additional electron carriers. In the final stage of cellular respiration called the electron transport chain, these electron carriers generated from glycolysis and the tricarboxylic acid cycle are used by the mitochondria to generate ATP through a mechanism called chemiosmosis. It is this stage where the bulk of energy (in the form of ATP) is generated in cellular respiration by the human cell.

Usually, the human cell starts cellular respiration by using the carbohydrate glucose in glycolysis. If glucose levels are low, the body will tap into its storage carbohydrate glycogen and easily break it down into its glucose substituents. However, when both of the body’s energetically accessible carbohydrates are in low supply, it must rely on an alternative source to satisfy its energy demands. As a result, the body is said to enter a state called ketosis where it breaks down high-energy fat molecules called triglycerides abundant in adipose tissue.

Triglycerides— which are composed of three fatty acids attached to a glycerol backbone—are broken down in mitochondria by a process called beta-oxidation where acetyl-CoA is ultimately generated. As previously mentioned, acetyl-CoA goes into the tricarboxylic acid cycle where it produces a small amount of ATP and electron carriers that generate more ATP in the electron transport chain. Thus, when triglycerides are broken down to acetyl-CoA they bypass glycolysis and directly enter the TCA cycle.

So, where do ketones come in?

When carbohydrates are lacking and the body is cleaving triglycerides, the mitochondria in liver cells use acetyl-CoA to produce ketones, which are tiny organic molecules that contain a carbon double bonded to an oxygen atom as well as bonded to two other carbon subunits. There are three different ketone bodies found in the body: acetoacetate, which is found in urine, beta-hydroxybutyrate, which is found in the blood, and acetone, which can be found in the breath. (Note to the organic chemistry nerds: Beta-Hydroxybutyrate is technically not a ketone body - it is a carboxylic acid!) The ketone bodies then circulate to fluids and tissues and also cross the blood-brain barrier to be used for energy. Ketosis refers directly to this increase in ketones throughout the blood and it is a result of the beta-oxidation of fatty acids when accessible carbohydrate levels are low.

So, why does the body need these ketones in the first place? The brain, which is an energetically consumptive organ, can utilize energy only in the form of glucose or ketones. As a result, the brain must rely on ketones to satisfy its energy needs when glucose levels are low. Skeletal muscle can oxidize ketones, but over time, the muscles switch to burning fatty acids instead. This increases blood ketone levels. This shift is critical, so that the brain receives ketones to meet its energy needs. The change in energy sources makes keto-adaptation a gradual process that takes at least a few weeks instead of a few days. 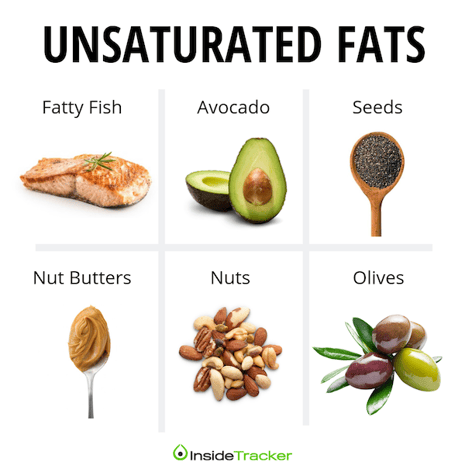 Ketogenic diets vs. other popular diets

In contrast, a ketogenic diet consists of very low-carbohydrate consumption because a state of ketosis must be reached. For the typical human body this means the consumption of only <50 grams of carbohydrate but some people might need to consume <30 grams (Westman). In fact, the “induction” phase of the popular Atkins diet, in which an individual consumes under 20 grams of carbohydrates daily, is said to result in a state of ketosis for the body.

A ketogenic diet is also frequently compared to a low-calorie diet. While the goal of the ketogenic diet is not to restrict calorie consumption, often times people on a ketogenic diet do not ingest enough calories to meet their energetic demands. A soon to be published meta-analysis on research studies assessing the ketogenic diet stated that “individuals adhering to the [Ketogenic Diet] were less hungry and had a reduced desire to eat” and that “ketosis appears to provide a plausible explanation for this suppression of appetite”.[Gibson]

But does this suppression in appetite actually lead to a reduction in weight loss?

The efficacy of ketosis: Looking at the research

Because the ketogenic diet has increased in popularity, researchers are interested in assessing whether or not it is a valuable weight-loss intervention.

In a recent study a group of scientists placed seventeen obese men in a residential trial where food was provided daily. Both groups were offered 2 high-protein (30% of energy) diets each for a 4-week period. However, one diet was specifically a ketogenic diet with 4% carbohydrate consumption while the other diet was a medium-carbohydrate diet of which 35% of daily energy came from carbohydrates. Body weight for each subject was measured daily, and ketosis was monitored by analysis of plasma and urine samples. A computerized visual system was used to assess hunger.

Ultimately, the researchers unveiled that over the 4-week period the men who consumed the low-carbohydrate diet had significantly lower energy consumption and reduced hunger, and they experienced greater weight loss (6.34 kg) than those who consumed the medium-carbohydrate diet (4.35 kg). The researchers found that for the short term, a high-protein, low-carbohydrate ketogenic diet may reduce hunger and decrease food intake significantly more than a high-protein, medium-carbohydrate non-ketogenic diet. Thus, in an obese population, a ketogenic diet can be a useful mechanism to help with weight loss.

Another intervention study performed in 2013 also yielded promising results. Researchers provided 50 people with overweight or obesity who did not have diabetes with a low-calorie ketogenic diet for 8 weeks. This was followed by 2 weeks of reintroduction of foods. Of the 39 people who participated in the full length of the intervention, all lost an average of 13% of initial weight and experienced reduced appetite (Sumithran, 759).

Ketones were initially discovered over a hundred years ago in the urine of people with diabetes. Thus, many people have erroneously connected ketones with malfunctions in insulin levels. The controversy results from confusion between nutritional ketosis and diabetic ketoacidosis (for more info on that check out this article by the American Diabetes Association).

Nutritional ketosis is when blood ketones are at 1-3 millimolar with maximum levels reaching 8 millimolar (it does not go higher because the brain uses the ketones for energy) and when blood pH is normal. In keto-acidosis, as seen in diabetic patients, blood pH reaches abnormally low levels due to a greater, uncontrolled buildup of ketones (>20 millimolar). People with diabetes do not have appropriate amounts of insulin and consequently will yield higher amounts of glucose. The body responds by burning fat, which increases ketone production, because it thinks there is no glucose available. Yet, those living with diabetes have high amounts of blood glucose and it accumulates in the blood, along with ketones, because insulin is not around to stimulate glucose uptake by the cells.

It is claimed that life-threatening ketoacidosis cannot happen as long as a person can generate a small amount of insulin in their body.

Ketogenic diets are also (wrongly) associated with high protein consumption. Excess protein consumption can cause amino acids to be turned into glucose, which raises insulin levels and decreases ketone levels. Furthermore, extra protein puts strain on the kidneys to excrete extra nitrogen. However, this obstacle can be overcome by consuming 0.6 to 1.0 grams of protein per pound of lean body mass on a ketogenic diet.

Finally, because the ketogenic diet is so low in carbohydrate consumption, fiber is often lacking in the diet. This may lead to constipation. It is suggested that adequate fiber can come from non-starchy and green, leafy vegetables. Lebron James reported eating leafy green vegetables while on a low-carbohydrate diet. Another strategy for reducing the risk for constipation is drinking more water and adding salt and magnesium-rich foods.

When pursuing any new diet or exercise regimen, it is critical to carefully monitor your health to make sure you avoid any complications. While the ketogenic diet is proven to have some efficacy in suppressing appetite and increasing weight-loss, it is still important to do your own research and consult with a registered dietitian, physician or another licensed healthcare practitioner before undergoing a potentially strenuous diet such as this one.

InsideTracker’s careful monitoring is also a valuable tool in maintaining health and wellness and making sure that your biomarkers are at proper levels. In the next post, we will look at research investigating more closely how the ketogenic diet impacts levels of biomarkers including HDL and LDL cholesterol, steroid hormones such as testosterone and estrogen, and minerals such as magnesium. Because all diets affect levels of blood biomarkers, it is crucial to monitor levels of your own biomarkers and reevaluate whether the ketogenic diet is still appropriate.