Meal and Recovery Drink Timing: Does it Matter? 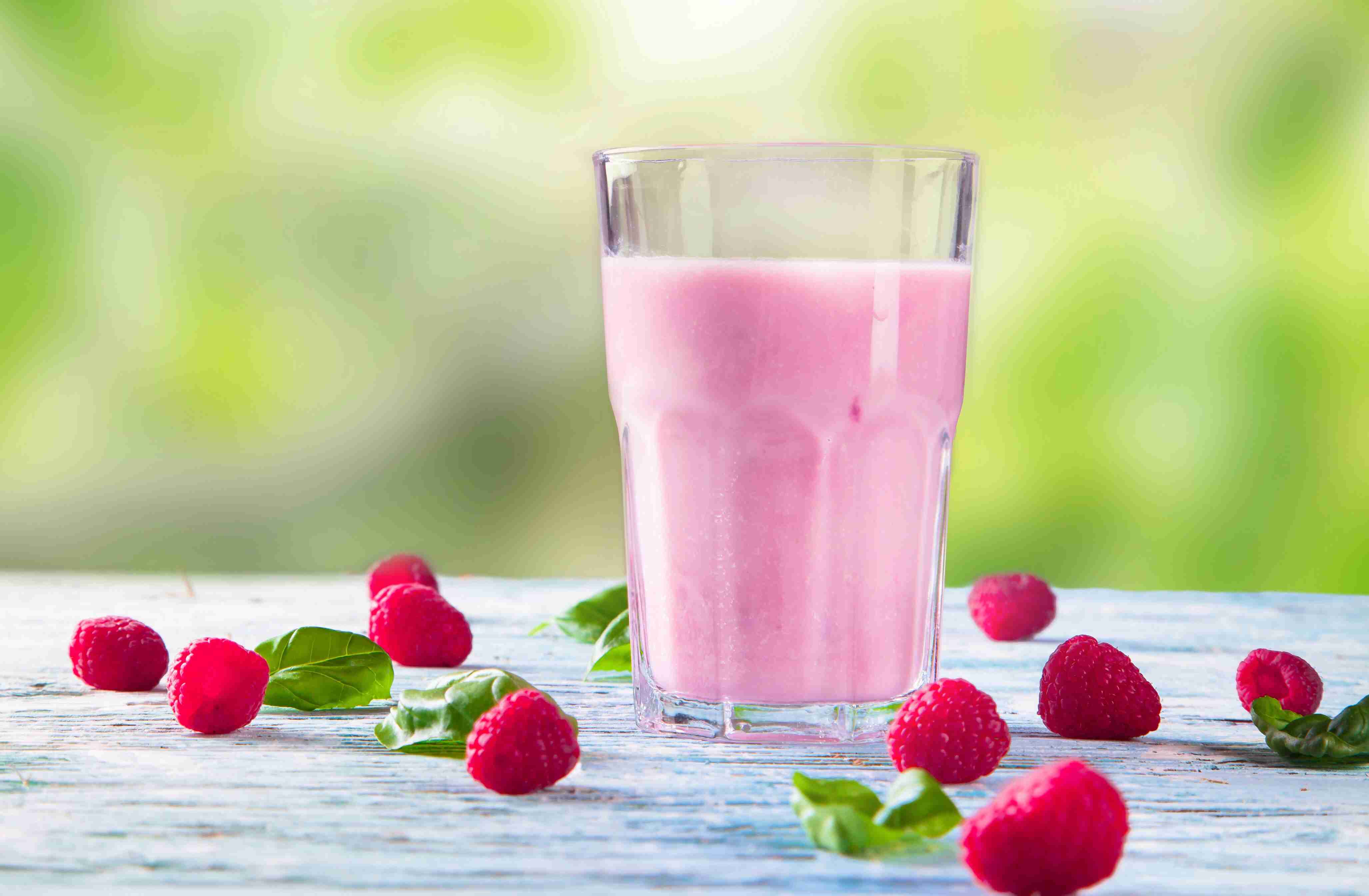 Some who pursue low body fat and chiseled muscle bellies may demonstrate carbophobia at night or frantically calculate the optimal ratio of carbs to protein in their shake following a workout. This dietary approach focuses on nutrient timing, a strategy of when to consume protein, carbohydrate and fat – whether it is pre-, peri- or post-exercise – to successfully nutrient partition, or direct calories to muscle instead of fat.

Yet, is the lack of dietary flexibility and popular behavior of post-workout nutrition backed by science?

In this blog, we will explore nutrient timing and the studies that challenge the dogma. Then we will help you evaluate whether or not timing your nutrients is worth the stress or if you should simply focus on the bigger picture: the quality of calories and total daily caloric intake.

Timing Nutrients To Gain Muscle or Lose Fat: Is It Worth It?

Nutrient partitioning (also called ‘calorie’ or ‘energy’ partitioning) is a strategy to help lower body fat percentage (rather than weight) with your current muscle mass, or even more. It allows us to send calories to different destinations in our body: more protein calories to our muscles, less calories stored in our body fat and increased calories burned for our short-term energy needs.

Proponents of nutrient timing believe that our body is ready for fat gain/loss and muscle gain/loss at certain times. Optimizing training-related muscular adaptations may not be time constrained, especially depending on your goals. Let’s investigate the studies on nutrient intake during the pre- and post-exercise periods.

Before You Train or Exercise

After You Train or Exercise

The post-exercise period (or the “anabolic window of opportunity”) is considered the most significant component of nutrient timing. 1 This is a time of depletion of both glycogen and amino acids and damage to muscle fibers. The goal of the anabolic window is consuming the proper ratio of nutrients to quickly initiate muscle damage repair and restore glycogen levels. 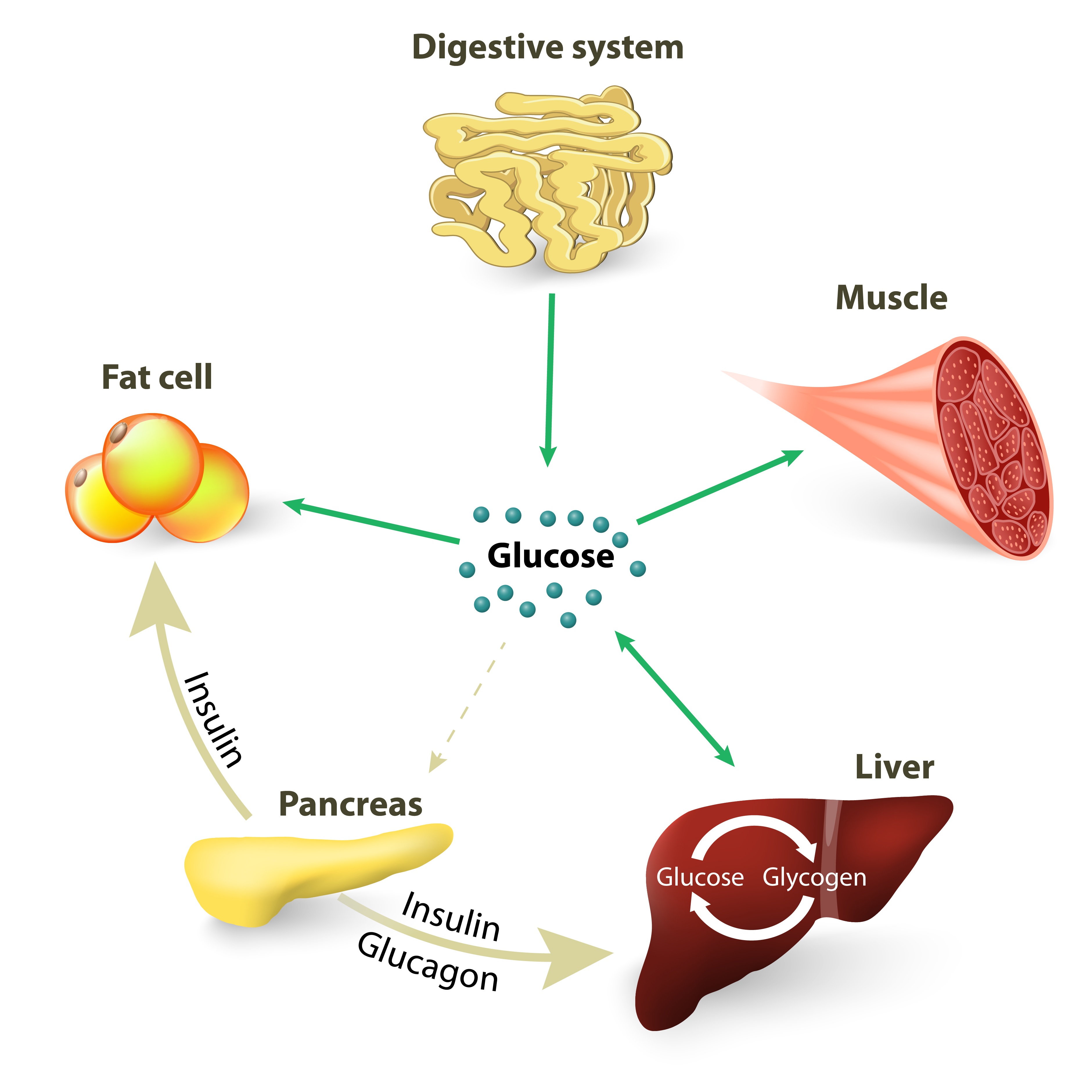 The anabolic window following exercise has been touted for years as the optimal time when your body is best equipped to handle carbs (glycogen resynthesis) and protein (stimulate muscle protein synthesis). Muscle glycogen synthesis following exercise occurs in two stages. The first stage lasts 30-60 minutes and involves rapid synthesis without insulin. This is because the muscle membrane is primed for glucose intake due to more GLUT-4 receptors (a protein that acts as a regulated glucose transporter) on the cell surface. After this phase, the rate of muscle glycogen synthesis slows down.

However, the anabolic window of opportunity may be wider based on the latest science.

Those who are not competitive athletes or completing exhausting, two-a-day workouts may not need to quickly replenishing glycogen. Glycogen stores were reported as reduced by only 36-39% during moderate volume, high-intensity resistance training. 2,3 However, bodybuilding-style workouts that include multiple exercises and sets using the same muscle group would deplete much of the glycogen.i If you are exercising the same muscle (and glycogen-depleted) group later in the day then rapid glycogen resynthesis would be important.

The difference between a fed and fasted state while exercising is also important. Resistance training in the fed state (a meal a few hours before training) may not be very glycogen-depleting. Whereas, a fasted state (before breakfast) would be more glycogen-depleting.i Therefore, the closer your last meal is to your training then the wider your window is following exercise.

Protein is suggested to accompany carb consumption because rapid muscle protein synthesis, especially following exercise, can occur when glucose is flowing into the muscles. 4

The benefit of consuming protein immediately following exercise was reported in a study that had 5 men and 5 women ingest an oral supplement of 10g protein, 8g carbohydrate and 3g fat either immediately after or three hours post-exercise. When the supplement was ingested immediately post-exercise, protein synthesis of the whole body increased by 44% in comparison to 12% when ingestion was delayed.

Opposite to the immediate timing effect is seen in another study that did not find a difference in muscle protein synthesis in the leg following an intake of 6g EAA with 35g carbohydrate taken either 1-hour or 3-hours post-exercise.

Evidence exists for glycogen resynthesis via combining protein and carbs post-workout. A study found that a protein + carb supplement following 60 minutes of cycling generated a much higher glycogen resynthesis in comparison to an only carbohydrate solution. This was also reported in another study that found combining carbs and protein (rather than just carbs) after more than 2 hours of cycling and sprinting resulted in greater muscle glycogen content.

The protein + carb synergy is thought to be the result of a greater insulin response. Yet, this was not reported in a study that used a mixture of carbs with protein plus amino acids during a 3-hour recovery period. Another study reported that co-ingestion of carbs and protein (25 g whey isolate and 50 g maltodextrin) did not further increase muscle protein synthesis and inhibit muscle protein breakdown following lower-body resistance exercise.

What about Fat and Nutrient Timing?

Optimizing muscular adaptations post-exercise heavily concentrates on carbs and protein, but what about fat? The post-exercise fat phobia is because of fat’s slow gastric emptying, which slows glucose absorption into circulation and subsequently reduces glycogen resynthesis.1

Yet, this fear of inhibition of glycogen resynthesis due to fat may not be warranted. A study used eight well-trained triathletes to test if fat and protein added to carbohydrate feeding affects optimal muscle glycogen synthesis. Each athlete completed a 2-hr training followed by 30-second sprints on 3 separate occasions that were 1 week apart. 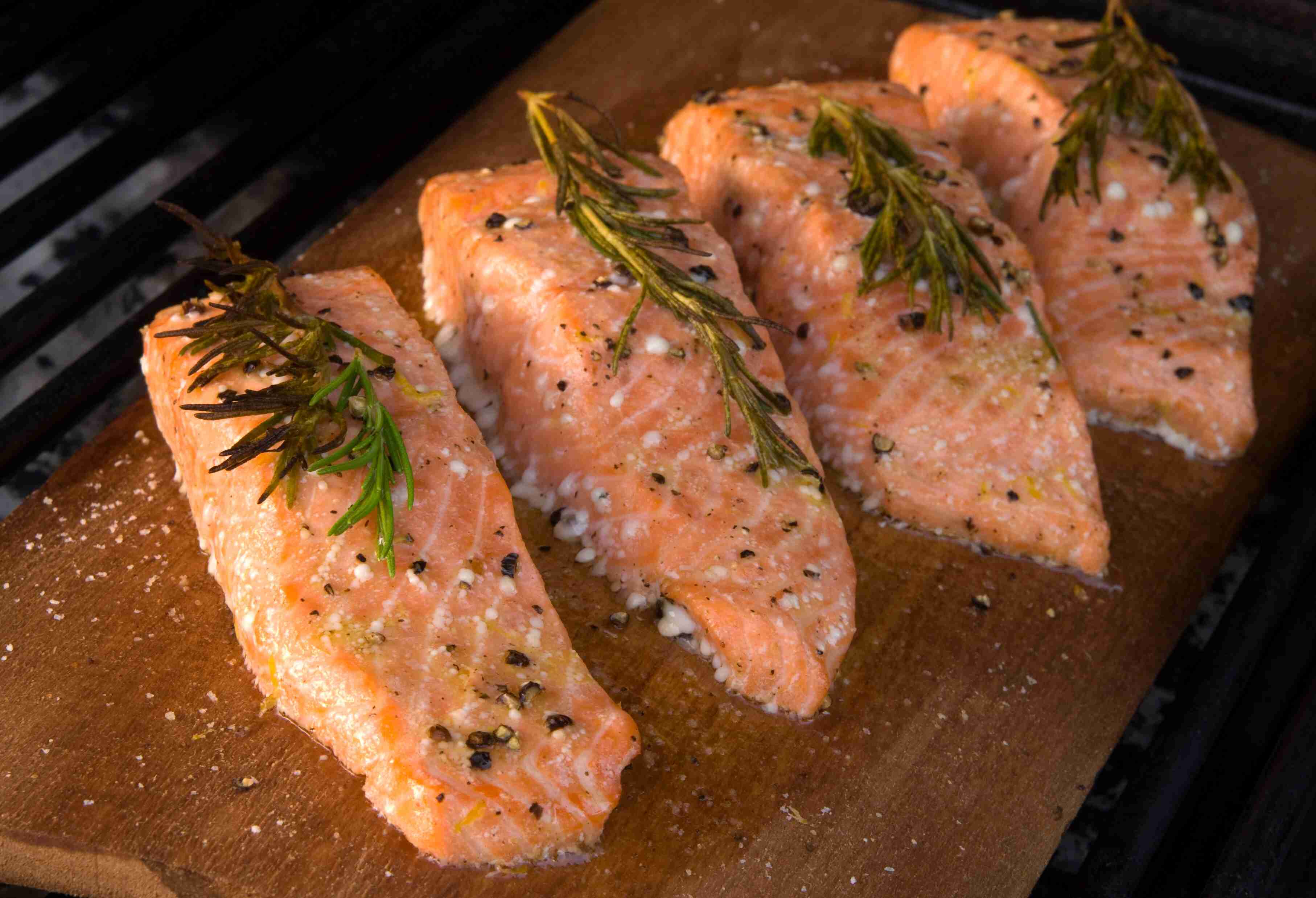 The athletes were randomized to the following diets for 24 hours after each trial: 1) a control diet of high glycemic index carbohydrate foods; 2) an added fat and protein diet; and 3) a matched-energy diet with more carbs to match the fat-protein diet. The high fat intake group did not show any differences in muscle glycogen content compared to the low-fat groups.

This is further supported by another study that did not find a difference in glycogen resynthesis between a high-fat and low-fat diet 24 hours after a glycogen-depleting exercise. The high-fat group consumed 165 g of additional fat compared to the low-fat group (yet carb and protein content was the same). The muscle glycogen content was reported as the same.

Summary: The pre-exercise period, specifically immediately before a workout, may benefit from some carbs + protein, especially if your last meal was more than four hours before. The belief that the “anabolic window of opportunity” is short and critical is not completely backed by science. Carbs added to protein does not provide an additive effect for muscle protein synthesis. Adequate fat consumption post-exercise does not reduce glycogen resynthesis. Optimizing your post-exercise state may depend on the timing of your meal before exercise. Ultimately, nutrient timing data are inconsistent, and it may depend on the individual and their feeding patterns.

Evaluate if Nutrient Timing is Meant For You

Evaluate your goals before you decide to add complexity to your meal scheduling. Are you a bodybuilder, endurance athlete or exercising multiple times per day? Are you someone who sits at a desk at work and focuses on becoming healthier and in better shape? If so, nutrient timing is probably not worth stressing over and the greater priority should be the quality of your calories, appropriate portion-sized foods and – the bigger picture – total caloric intake.

The research suggests people get different results from different dietary approaches. Nutrient timing may be more applicable to those who are on the extreme side of performance, rather than health-driven fitness types. Everyone has a different metabolism and unique genetics, so it’s best to figure out your own nutrition template. 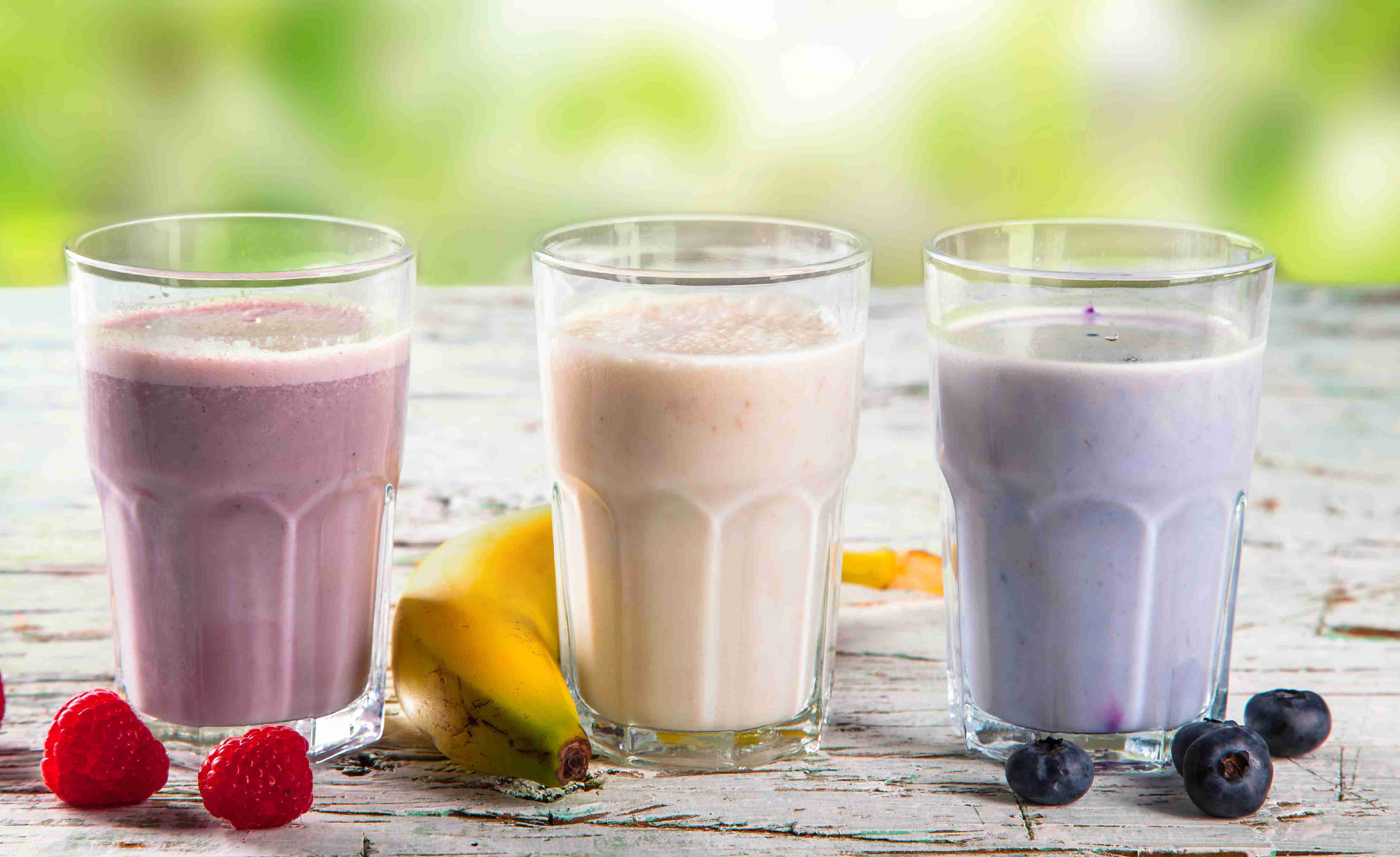 Remember that we only covered the macronutrients (fat, protein, carbohydrate) and micronutrients are likely to be more sensitive to timing and sequence because of absorption. Later, we will review the complexity of juggling all the micronutrients the research on vitamins and minerals.

The key takeaway is that nutrient timing showed great promise in early studies, but the reality is the latest and better design studies show it doesn't matter as much. Most serious trainees that worry about gaining muscle and fueling the body need to focus on getting more healthy calories. Unfortunately most exercisers are looking to build muscle and lose fat, a goal easily solved by adding a little more protein to a diet that is sufficient in calories.

How does InsideTracker fit in? Use the new features, such as planning your meals and the guidance of the goal driven action tools for muscle gain and fat loss.

Because we want you to be the best you possible, here's a FREE GUIDE we've created to help you gain an inner edge... it's yours to download!