Are Recovery Drinks helping You Fuel Up or Fatten Up? 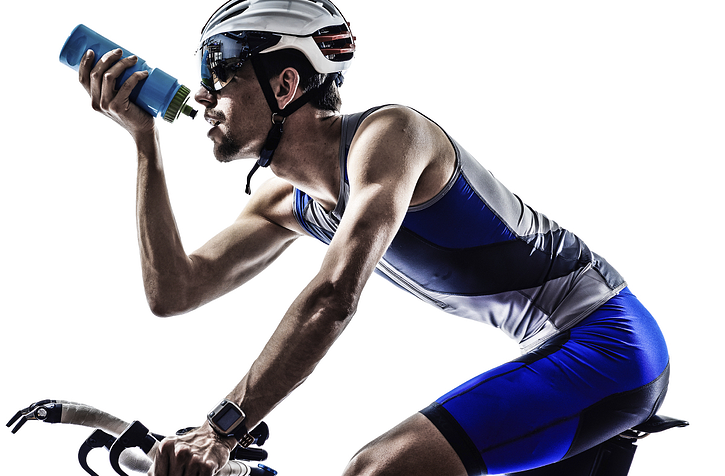 The key to getting bigger and stronger may not involve calculating the right ratio of carbs to protein for muscle growth post-workout. And forget the immediate anabolic window for replenishing muscle glycogen stores following a workout. We found research that challenges the exercise science dogma of an immediate carb-centric post-workout fueling. In this blog, we will explore better strategies to optimize muscle protein synthesis and muscle glycogen. Read below to see how InsideTracker data and recommendations can help you reevaluate your post-workout food no matter your dietary lifestyle choice or exercise regime by monitoring key biomarkers.

A study using 24 older men contradicts the mainstream perspective on post-workout fueling that focuses on a greater ratio of carbs to protein. The men were randomized into two different groups:  one eating carbs (40g) and protein (20g) and the other eating protein (20g) only. Following blood samples and muscle biopsies, the group that consumed carbs and protein had more of the protein incorporated into their muscle within 2 hours. However, after 6 hours, there was no difference in muscle protein-bound between both groups.

The protein-only group had a sufficient amount of protein to stimulate muscle protein synthesis – and the added benefit of no insulin spike. This prevents the rapid glucose uptake by tissues and subsequent drop in blood glucose that leads to a “sugar crash” – the fatigue experienced after consuming a large amount of carbs. The study concluded that additional carb consumption may accelerate post-prandial (after meal) muscle protein synthesis, but it is not required for optimization of muscle protein growth.

One study found that carbs only prevent protein breakdown when not enough protein is consumed. As long as you ingest an adequate amount of protein (~25 g), which does not have to be immediately following a workout, you do not need to pour on the sugar. The carbs are not needed to process the protein. In fact, frequent, high doses of quality protein may be generate the greatest anabolic effect [9].

As we see, that post-workout sugary drink does not add anything to protein in post-workout feeding. In fact, following resistance training, women may require more protein for muscle growth to achieve the same anabolic effect as men due to a difference in how sex hormones influence muscle protein metabolism [9].

Summary: Post-workout feeding does not require carbs for optimal muscle protein synthesis as long as protein intake is adequate following a workout. A need for higher protein consumption following resistance training is especially important in women. 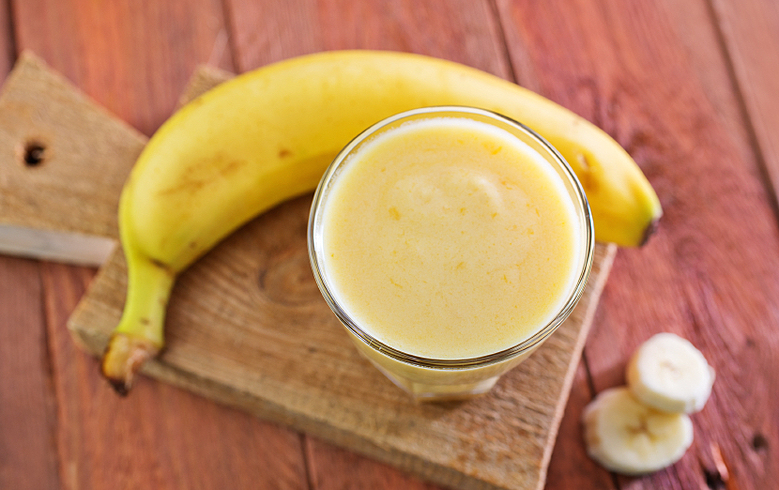 Glucose is stored in the form of glycogen in skeletal muscle and in the liver. Glycogen stores should be sufficient, especially for exercise, but that does not mean you should focus on carbs. For those who exercise less than an hour three to five times per week, it is time to rethink this carb-centric approach to exercise.

High carbohydrate diets are typically recommended to athletes because carbs maintain an appropriate amount of glycogen in the body. The idea behind a high carb diet for athletes was that carbohydrate loading would top off muscle glycogen levels, slow down glycogen depletion rates, and then delay fatigue.

However, for athletes and weekend warriors participating in less than 90 minutes of moderate-intensity running or cycling, there is no added benefit of elevating pre-exercise muscle glycogen [7]. The amount of carbs needed to saturate glycogen stores depends on the duration and intensity of an athlete’s exercise regime. One study found that increasing carb intake from 10 grams per kilogram of bodyweight (g/kg) /to 13 g/kg increased muscle glycogen, but did not improve performance in endurance-trained cyclists.

Additionally, a high carb diet may not be the best approach for strength training, especially in women. Women use less glycogen than men in resistance exercise, which is speculated to be due to a gender difference in carbohydrate metabolism and a greater ability in women for fat breakdown and oxidation [9].

Summary: Super saturated muscle glycogen does not enhance performance, including in well-trained athletes. Muscle glycogen stores should be sufficient enough to fuel your workout unless one is doing multiple session daily. 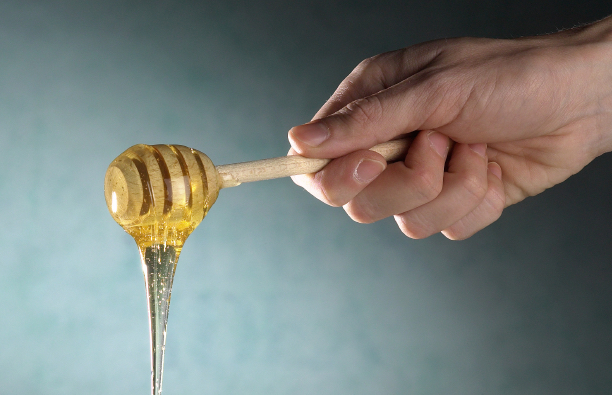 The window of opportunity to restore muscle glycogen and maximize protein synthesis post-exercise is bigger than you think. Restoring glycogen levels does not need to happen immediately following exercise. One study found that using a liquid carbohydrate solution of 23% carbs following a high-intensity resistance weight-lifting exercise (that reduced muscle glycogen by 30%) only restored muscle glycogen to 91% of pre-exercise levels. This was only 16% higher than when an equal volume of only water was provided after 6 hours. The rate of muscle glycogen resynthesis follow the first 2 hours of recovery were significantly different between both groups. However, following 4 hours of recovery, the resynthesis rates were not different between the two groups.

Approximately 80 to 100 grams of glycogen are found in the liver and muscle glycogen stores are around 400 grams in trained athletes with lots of muscle mass. In terms of calories for energy, the average 150-pound male has ~1,800 calories stored in the liver (~320 calories) and the muscles (~1,400 calories) [10].  At the beginning of exercise, fat and liver glycogen will both be broken down. As the intensity of the exercise increases, muscle glycogen becomes the more important energy source.

The question is: Are you doing 2,000 calories worth of exercise to reach glycogen depletion, especially if you are concurrently burning fat?

If you are a carb-adapted athlete, adequate carbohydrate intake of 7-10 g/kg body mass per day will restore your muscle glycogen stores to normal levels in 24 hours [11]. Normal glycogen stores in the liver and muscles are sufficient enough for exercise lasting 60-90 minutes (i.e. a basketball game or a tennis match).

Therefore, for a week of workouts, simply eat healthfully and your muscle glycogen will be restored. Otherwise, if more carbohydrate is ingested (via carb-loading) than can be stored as glycogen, it will most likely be converted to fat.

However, it is a different approach if you are an elite athlete cycling a couple times per week for 2-3 hours or training for marathons. It is suggested that only well-trained athletes can undergo rapid muscle glycogen synthesis. This is because trained athletes have a higher amount of GLUT-4, the insulin-regulated glucose transporter found in muscle [12]. A greater concentration of GLUT-4 means more efficiency in handling glucose compared to untrained individuals, and this means better blood sugar stabilization.

Furthermore, protein synthesis following a workout was found to occur for 24 hours at an enhanced level. What does this mean? Your breakfast will have the same impact on muscle protein synthesis as your post-workout meal.

Summary: Muscle glycogen will be restored whether it is prioritized or not following a workout. Healthful eating within 24 hours of exercise will restore muscle glycogen and maximize protein synthesis. Only well-trained athletes experience rapid muscle glycogen resynthesis and may benefit from an immediate post-workout feeding.

How can InsideTracker help you strategize better post-workout fueling?

Exercising an hour or less a few times per week does not deplete glycogen stores. If you are “carb-loading” for this exercise regime, you might just be adding excess calories. This may explain why some people think exercise makes them gain weight.

InsideTracker will help you monitor your progress. Depending on the plan you choose, InsideTracker monitors the changes in your biomarkers, such as glucose and triglyceride levels, and how exercise is impacting your health. The individualized food basket provides recommendations on how you can incorporate the strategies to optimize muscle protein synthesis and properly restore muscle glycogen. Click on the demo below to determine a better post-workout fueling for you.

Because we want you to be the best you possible, here's a FREE GUIDE we've created to help you gain an inner edge -- it's yours to download!

[2] Phillips, S. M. Insulin and muscle protein turnover in humans: stimulatory, permissive, inhibitory, or all of the above? Am J Physiol Endocrinol Metab. 2008, 295:E731.