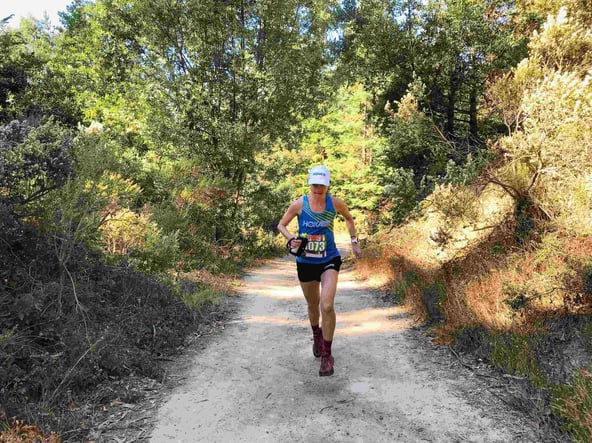 Perform. Recover. Repeat. At InsideTracker, we know that training and optimized performance is more of a journey than a destination, and even then, it’s more of a cycle than a straight line. As we reach short-term goals, new, longer-term goals come into focus, and the journey begins again.

A key study shows that these training cycles have more to tell us than meets the eye: with calculated, purposeful, and timely blood testing, we can maximize an athlete's performance throughout their season to minimize the likelihood of overtraining and injury.

The study of blood testing during an athlete's season

The Journal of Strength & Conditioning Research published a study that focused on athlete health, performance, and recovery. It concluded that by testing certain biomarkers at multiple, specific points in the season, an athlete can get the clearest possible picture of how his or her fitness changes with the roller coaster ride of training.1


Naturally, our interest was piqued. Here, we break down the key takeaways from the study, and how Megan Roche, Running Coach and 2016 USATF Trail Runner of the Year, harnesses this type of info to train, recover, and repeat at maximum efficiency.

In addition to holding the prestigious title of 2016 USATF Trail Runner of the Year at the ultra and sub-ultra distances, Megan Roche is a four-time national champion, the North American Mountain Running Champion, and a six-time member of Team USA. Lest we forget, she's also a Stanford Medical School graduate and is currently pursuing her PhD.


Along with her husband David, Megan owns and coaches at SWAP Running. SWAP athletes include the likes of Amelia Boone, Cat Bradley, Clare Gallagher, Keely Henninger, Chris Mocko, and Jason Schlarb, among others. Megan swears by blood testing, and makes it an important part of her training programs, so like us, she was as interested in the study's findings. So we wanted to pick her brain and chat science. 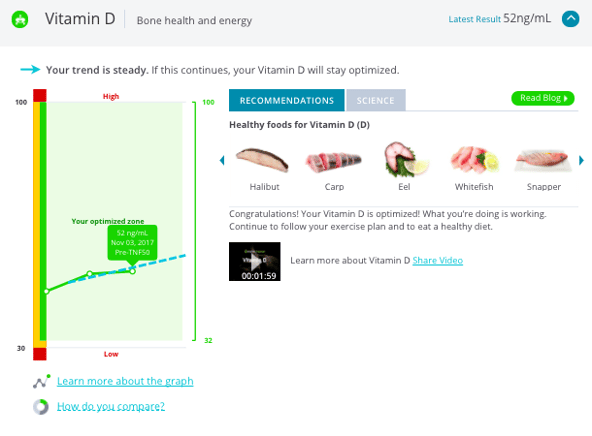 The biomarker groups highlighted in the study

The study identified six major biomarker groups that best summarize physical fitness. Here are the categories and why they're important to your training.

Common deficiencies in athletes include vitamin D, iron, folate, vitamin b12, and magnesium. By keeping an eye on those biomarkers, athletes can identify (or rule out) any dietary gaps hampering athletic performance.

This category also helps us understand how our bodies metabolize carbs, fats, and protein for energy. So it can in part explain energy levels, fatigue, recovery, and soreness.

Megan likes to focus on vitamin D year-round, "because that's a biomarker that's so important for energy and for preventing injuries. I never want that to be low."

Nearly all processes that occur inside the body require water. And during training, many of these processes speed up. Therefore, an athlete’s hydration requirement is higher than the average bear's, and even mild dehydration can significantly hinder an athlete’s ability to perform at his or her peak. 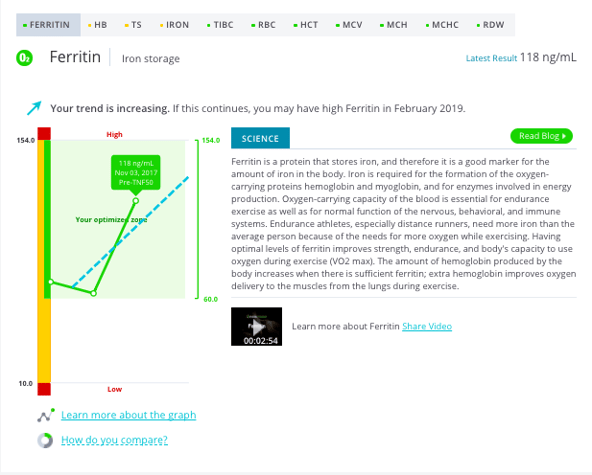 Your ‘endurance performance’ lies entirely in iron biomarkers. This is because iron is a key component of hemoglobin – the carrier that brings oxygen from your lungs to your muscles. And it’s the speed of this lung>hemoglobin>muscle conveyor belt that determines your ability to do things like swim, bike, or run.

Bottom line: if you have low iron, you might not get enough oxygen to your legs, which will make you run slower. Simple as that.

Megan is always looking at iron: "I want to make sure that ferritin never gets low. InsideTracker's full iron profile is very helpful for athletes in particular, because sometimes after a race, ferritin is sky-high because of inflammation. It's nice to be able to tease apart the specifics with ferritin, TIBC, TS, and the whole iron panel."

A group of biomarkers spike after an injury. By tracking their gradual decline back to normal, athletes can get an understanding of how well their bodies heal. If these biomarkers remain high longer than expected, it could mean that an injury is not repairing itself as well as it should.

Muscle damage and inflammation are to be expected with any sort of training; after all, we need to cause slight damage to our muscles in order to make them stronger. But chronic inflammation, the kind that’s caused by overtraining or insufficient rest, can leave an athlete prone to poor performance, illness, and injury.

The study identified five major time points throughout the training season in which an athlete would get the most bang for his/her buck.


1. The start of preseason

This is when you've been enjoying an off-season and allowing your body to fully recover. Here, you can see your ‘baseline’ levels, a.k.a. how your body looks and functions in a well-rested state.

For Megan, a test around this time of year is critical: "I can see how my body has responded to the off-season, usually for me that's around January 1st because I take December easy, and make sure that my iron levels are good. Usually I spend my off-season at altitude so I also look at hematocrit. It can also rise by running less miles."

She's had athletes push back about testing this time of year. "One of the biggest things I hear from athletes is 'I feel good, so what's the reason to test?' [...] But say you're feeling great for several weeks, and then all of a sudden you don't. You can see what your biomarkers were when you felt good, and see what's changed."

2. The end of preseason

You’ve spent a few weeks prepping your body for the real deal. So, testing here helps you understand how equipped your body is for the training it’s about to endure – and how resilient it will be against injury. Results at the end of preseason can help you decide on your training intensity out of the gate.

Megan tests around this time to "make sure that my body is ok, and that I'm keeping up with my biomarkers like vitamin D, iron, magnesium, etc." 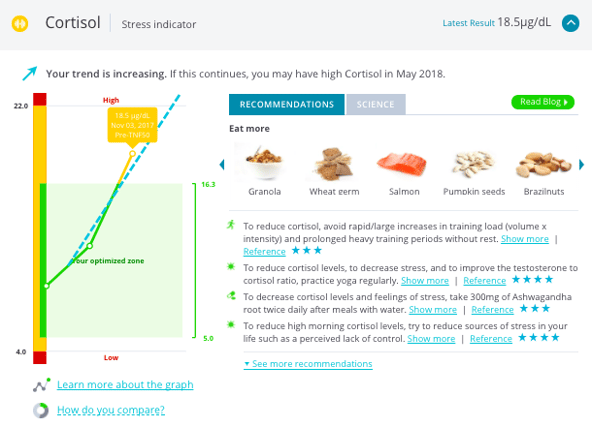 Note- this is not the same as before and after a big race or competition, but rather a particularly difficult training week. This helps you understand how your body responds to especially intense bouts of exercise. It can also help to answer the question, “am I ready for that competition on the horizon?” If levels change drastically after the test, it probably means adjustments are necessary before your main event.

Megan's approach here is extremely tactical. "Before big races I like to test about three weeks out, and I use that to dictate my taper periods. So if I find that my cortisol is very high or that my testosterone is very low, I might do a longer taper into the race. Three weeks gives me enough time to test, get my results back, and then plan my two-week taper around those results."

5. After your big day

That race, competition, etc. was the pinnacle of your season – you laid it all out on the line. So testing here helps you understand how your body responds to such intense exercise. And if the outcome wasn't what you had hoped, it can help to shed some light. All in all, testing after your main event will help you better prepare for the next.

Megan recommends leaving a window between your race and your test. "I've had athletes who test immediately post-race. But I know they're going to see very high numbers of CK and very low testosterone. So I'd rather have athletes test two weeks after a race. Theoretically, by then, things should start to stabilize, and they should look a little bit better [which likely wouldn't be the case immediately after racing]."

Bottom line: blood testing is most beneficial when you (a) test a wide array of biomarkers, and (b) test multiple times throughout the season.


As a coach, this is a must for Megan: "I like to see a trend of biomarkers for overtraining. [...] I think it's difficult to look at one value and make a prediction from it. [...] Overtraining is a spectrum – inflammation can be super high or cortisol can be jacked up or testosterone low, but it could be a reflection of just very recent training. I want to see multiple data points."

InsideTracker provides significantly more information than the routine bloodwork you get at the doctor. Megan's take? "You can go to a doctor and have them tell you that your levels are normal, but what is 'normal' for a person just walking around in the world versus someone trying to be an elite athlete? It's totally different. InsideTracker factors that in and gives calculated suggestions."

Eating for Energy: Racing to the Perfect Mid-Workout Refuel

How To Optimize Your Post Race Recovery With Mario Fraioli

How To Win Your Off-Season